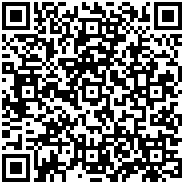 Acute onset Altered mental status is a common but clinically challenging emergency due to numerous possibilities with little clinical window and time to treat. The numerous causes include stroke, encephalitis, organ dysfunction, metabolic, endocrine and intoxication. Amongst the vascular causes, one rare but peculiar cause being artery of percheron infarct. Blood supply to the thalamus and brainstem have various anatomic variations. Artery of Percheron is one such variation in which a single arterial trunk arises from proximal segment of one of the posterior cerebral artery (PCA) and bifurcates to supply bilateral paramedian thalami. Occlusion of this artery, although uncommon results in characteristics pattern of symmetric infarction in bilateral medial thalami with or without mesencephalic infarction. We here describe a case of a gentleman who presented with sudden onset altered mental status and skew deviation. After improvement in sensorium characteristic vertical gaze palsy was noted with subtle confusion which recovered. MRI brain revealed characteristic Para median bithalamic infarcts with normal intracranial angiogram. Patient showed a slow and incomplete clinical recovery to conservative management.

Acute onset Altered mental status (AMS) is a common medical emergency occurring due to a myriad of causes with varied clinical presentation manifesting as cognitive disorders, attention disorders, arousal disorders, and decreased level of consciousness [1]. The level of consciousness may vary from mild drowsiness to stupor and even coma. Hence clinical assessment may not be very conclusive and there comes role of neuroimaging and metabolic work up. There are various structural causes like stroke, tumour with raised intracranial pressure, infection (meningitis, encephalitis) and non-structural causes like toxin induced, metabolic, organ dysfunction. Stroke or vascular etiology is commonly encountered cause of acute onset altered mental status. Amongst the vascular cause, one important though rare because being artery of percheron infarct which has peculiar clinical and radiological features which includes bithalamic infarcts with or without midbrain infarcts. Thalamus is primarily supplied by the perforating arteries from the Posterior Communicating Artery and Posterior cerebral artery. The branches on either side include Para median, inferolateral, tuberothalamic and posterior choroidal. Involvement of anomalous Para median artery which arises from P1 segment of PCA often results in bithalamic infarcts. This anatomic variant in which both Para median arteries arise from a single P1 trunk was described by Gerard Percheron and is termed as the Artery of Percheron (AOP) [2]. Studies found that AOP infarction involves around 0.1% to 0.3% of all ischaemic strokes of which 22% to 35% are associated with thalamic infarction [3]. Clinical features include varying level of consciousness from drowsiness to coma, vertical gaze palsy, memory disturbances. Here the authors describe a case of a gentleman presenting with sudden onset altered consciousness with additional clinical features like gaze palsy with characteristic MRI features.

A 62-year-old male known case of systemic hypertension on regular antihypertensive medications, also a chronic smoker and alcoholic presented with sudden onset altered sensorium. Patient was having his dinner when he collapsed suddenly and was in an unresponsive state. There was no preceding headache, fever or any other illness. No obvious seizures noted by bystanders. On the way to emergency he had 2 episodes of vomiting with hematemesis. Patient was also a chronic smoker and alcoholic with recent binge drinking. There was no prior history of stroke, transient ischemic attack or any other neurological or medical illness. When evaluated in emergency department, his vitals were stable. Blood pressure was 140/80 mmHg, pulse was 80/ min regular. Saturation was maintained on room air, sugars were normal. On detailed neurological evaluation, he was found to be stupurous. He winced to pain. Pupils were normal size reacting to light however skew deviation of eyes was noted. Motor response was withdrawal in nature. Glasgow coma scale GCS was 7. Plantar response was extensor. Patient presented at 6 hours from onset of symptoms. His metabolic work up was sent including blood gas analysis which was normal. Patient was immediately subjected to MRI brain with angiogram. Altered mental status which includes level of consciousness from complete loss of consciousness to excitation [4]. Causes include both neurological and non-neurological. Neurological causes include cerebrovascular disease, infection, seizure, space occupying lesion. Non neurological causes include drugs and substance intoxication, infection, metabolic endocrine abnormalities, trauma, cancer, and system/organ dysfunction. Neurological causes being more common and amongst it stroke is an important and treatable cause if timely intervened. Amongst various strokes, a peculiar clinical presentation occurs due to artery of percheron infarct. There are variations in the blood supply to the thalamus most commonly the thalamoperforators arising from the P1 segment of the PCA. Variant I is most common, in which each perforating artery arises from individual PCA. In variant II, bilateral perforating thalamic arteries arise from a single arterial trunk arising from P1 segment of PCA called the artery of Percheron. It supplies the Para median thalami and the rostral midbrain bilaterally. Variant III is an arcade variant, with several small perforating branches arising from a single arterial arc that bridges the P1 segments of both posterior cerebral arteries [5,6] (Figure 3).

Some cases patient may present with hemiplegia, ataxia and occulomotor disturbance suggesting bilateral thalamic infarction with rostral midbrain involvement (thalamopeduncular syndrome) [8]. A variety of clinical signs including dysarthria, impaired convergence, retraction of eyelids, amnesia, ataxia, involuntary movement of limbs have been described [9]. Our case initially presented with altered sensorium in the form of stupor and skew deviation. On improvement of sensorium, patient had amnesia for the event with occulomotor disturbances, vertical gaze palsy with some gait ataxia which improved with time. Altered consciousness can be explained by involvement of reticular activating system [10] and the disrupted connections between the thalamus and the anterior, orbitofrontal and medial prefrontal cortices. Vertical gaze palsy is due to disruption of the cortical input that traverses the thalamus to reach the rostral interstitial medial longitudinal fasciculus [11]. Mechanism for occlusion of artery of percheron includes atherothrombotic, cardioembolic, small vessel disease, vasculitis and rarely hypercoagulable state. Most common etiology for AOP infarction is cardio embolism followed by Cerebro-vascular small vessel disease [12]. In our case, we couldn’t demonstrate any cardiac source of embolism and presumed etiology was cerebrovascular small vessel disease due to the vascular risk factors. MRI brain with diffusion-weighted imaging (DWI) is the ideal mode of imaging to diagnose infarction early [13] in most situations. However, many studies report normal imaging results in early CT and MR (DWI) brain scan in symptomatic and even comatose patients with AOP ischemic infarction [5]. Lazzaro et al. described 4 patterns of infarction: bilateral Para median thalamic with rostral midbrain (43%); bilateral Para median thalamic without midbrain (38%); bilateral Para median and anterior thalamic with midbrain (14%); and, bilateral Para median and anterior thalamic without midbrain (5%) infarctions. Our patient had bilateral Para median thalamic infarct without midbrain involvement. MR angiogram is essentially normal in AOP infarction. Even catheter angiography usually cannot demonstrate AOP [14]. Prognosis depends upon the baseline clinical status at presentation, extent of infarction and most importantly whether patient received timely thrombolytic treatment. Such patients are shown to show faster clinical recovery. 50% of patients have residual disability at the end of 6 months follow up [12]. Our case couldn’t be subjected to thrombolytic therapy as he had active GI bleed and presented outside the window period. Recovery was gradual with residual deficit which could have been prevented had the patient presented in window period without any contraindications for thrombolysis.

Acute onset altered mental status is a clinically challenging situation due to varied presentation with little signs to elicit and narrow therapeutic window. Also there are numerous causes to watch out for. The diagnosis of AOP infarction may be delayed due to atypical presentation and the therapeutic window for thrombolytic therapy can be missed which can result in significant neurological impairment. For patients presenting with sudden altered mental status, a differential diagnosis of AOP infarct must be considered and urgent MRI brain with DWI sequencing should be done for early diagnosis and treatment in the form of thrombolytic therapy which could result in good clinical recovery.