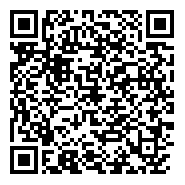 Fungi are mainly opportunistic pathogens that only invade the body if a severely weakened natural defense permits them to do so. Most factors facilitating an invasive fungal infection are unavoidable because they are directly connected to the underlying diseases as well as to their treatment. Aspergillosis is a disease caused by Aspergillus, a common mold (a type of fungus) that lives indoors and outdoors. Most people breathe in Aspergillus spores every day without getting sick. However, people with weakened immune systems or lung diseases are at a higher risk of developing health problems due to Aspergillus. There are different types of aspergillosis. Some types are mild, but some of them are very serious.

Most of the time, the human species live in peaceful coexistence with the microorganisms that surround them and only when the defense system is damaged or the concentration of pathogens reach an exceptionally high density, an infection may emerge. Most infections pass by unrecognized but sometimes the infecting agents do elicit a response of the body, which leads to clinically manifest signs and symptoms, a condition known as infectious disease. Why fungi did evolve to become such formidable enemies of seriously ill patients? First of all, it is clear that fungi, in spite of their potential to make bread rise, to provide us with beer and wine, and to give taste to cheese and other food, primary belong to the end of biological life [1]. They are active in disposing decaying organic material, including human corpses, which will eventually be dissolved by fungi, the big cleansing machines of the world. Signals of decay appear to trigger fungal growth and, once activated, the fungus will not stop expanding just because medical interventions aim to postpone a physiological death [2].

Fungi, like all living things, are recognized and identified on the basis of their shapes, structures and their behavioral properties. Fungi that exist predominantly in the form of independent single cells are usually called yeasts while those based on hyphal threads are called moulds (i.e. hyphal fungi). Hyphae and yeast are nearly always microscopic cell forms. A complex of hyphal strands, hyphal branches and any associated spore-bearing structure is known as a mycelium. Vegetative growth of both yeast and hyphae occurs by means of mitotic, asexual cell division, typically outgrowth of a daughter-burst from an existing fungal cell [3].

Aspergilloma: Occurs when a ball of Aspergillus grows in the lungs or sinuses, but usually does not spread to other parts of the body.4 Aspergilloma is also called a “fungus ball.”

Chronic pulmonary aspergillosis: Occurs when Aspergillus infection causes cavities in the lungs, and can be a longterm (3 months or more) condition. One or more fungal balls (aspergillomas) may also be present in the lungs.

Fever, Chest pain, Cough, Coughing up blood, Shortness of breath, other symptoms can develop if the infection spreads from the lungs to other parts of the body.

Symptoms of allergic Aspergillus sinusitis2 include:

Symptoms of an aspergilloma (fungus ball) include:

Symptoms of chronic pulmonary aspergillosis include:

• Patients taking immunosuppressant’s or receiving anticancer treatment, as well as those suffering from a chronic debilitating illness

• Patients on oxygen who required nasal prongs, a mask, or a ventilator support

Your doctor may recognize athlete’s foot by looking at the symptoms on your skin. If the doctor isn’t sure, a small area of the skin can be scraped off and tested for the fungus. Aspergillus lives in the environment. Aspergillus, the mold (a type of fungus) that causes aspergillosis, is very common both indoors and outdoors, so most people breathe in fungal spores every day [7]. It’s probably impossible to completely avoid breathing in some Aspergillus spores. For people with healthy immune systems, breathing in Aspergillus isn’t harmful. However, for people who have weakened immune systems, breathing in Aspergillus spores can cause an infection in the lungs or sinuses which can spread to other parts of the body [8].

There are approximately 180 species of Aspergillus, but fewer than 40 of them are known to cause infections in humans. Aspergillus fumigatus is the most common cause of human Aspergillus infections [9]. Other common species include A. flavus, A. terreus, and A. Niger.

Fungal skin infections can happen anywhere on your body. Some of the most common are athlete's foot, jock itch, ringworm, and yeast infections [10].

Risk of Fungal Infection in this infection Chronic pulmonary aspergillosis typically occurs in people who have other lung diseases, including tuberculosis, chronic obstructive pulmonary disease (COPD), or sarcoidosis. Invasive aspergillosis affects people who have weakened immune systems, such as people who have had a stem cell transplant or organ transplant, are getting chemotherapy for cancer, or are taking high doses of corticosteroids. A comprehensive list of all fungi that have been incriminated as opportunistic human pathogens may well exceed 400 species, even if the list is restricted solely to those species for which evidence of infection is available. Many of the species listed would have been encountered clinically on very few occasions indeed –often only once or twice- so that fewer than 100 fungal species approach the status of regular human pathogens. The characteristics of all invasive mycoses that have been reported in the literature during the last 25 years are summarized.