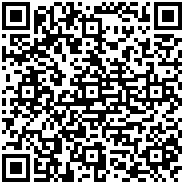 Skin toxicity is a typical side effect of solid tumour radiation. Its handling can result in therapy gaps, which can make cancer treatment more difficult. In many countries, there is currently no standard advice for skin treatment during radiation. The effect of topically applied tea extracts on the duration of radiation-induced skin damage was investigated in this study. We looked into the molecular mechanisms at work and compared the effects of tea extracts to those of epigallocatechin-gallate, the most active moiety in green tea. Tea extracts aided in the re-establishment of skin integrity. Tea extracts decreased cytokine release by inhibiting proteasome action. Tea extracts affected NF-B activity in a complicated, caspase-dependent manner, which differed from epigallocatechin-gallate's.

Tea extracts aided in the re-establishment of skin integrity. Tea extracts decreased cytokine release by inhibiting proteasome action. Tea extracts affected NF-B activity in a complicated, caspase-dependent manner, which differed from epigallocatechin-effects. gallate's In addition, both tea extracts and epigallocatechin-gallate protected macrophages from ionising radiation in a minor way. For patients suffering from acute radiation-induced skin damage, tea extracts are an effective and widely available therapy alternative. The molecular mechanisms underlying the beneficial effects are complicated, and the effects of tea polyphenols like epigallocatechin-gallate are unlikely to be the sole cause. During and immediately after therapy, this creates discomfort and impairs patients' quality of life. Furthermore, therapeutic care of radiation-induced skin damage frequently necessitates radiotherapy treatment gaps, lowering the likelihood of loco-regional tumour control. Many therapeutic attempts have been undertaken in the past to reduce or postpone skin toxicity in radiation therapy, but there is no "gold standard" in skin care during and after radiation therapy in many countries. Instead, many therapy protocols have been empirically established, but many of the substances commonly utilised in these protocols have failed to substantiate their efficacy in clinical trials. The majority of past research has focused on preventing or reducing skin reactions, but not on the duration of radiation-induced skin toxicity. Tea extracts are known to relieve inflammatory disorders, and its use has been linked to the prevention of UV-induced skin damage. Tea comes in three varieties: black, oolong, and green. Green tea is popular in Japan, China, and other Asian countries, and it is also gaining popularity in Western countries. Green tea differs from the others in that it is not fermented, which prevents the loss of antioxidants during the fermentation process. As a result, unlike black tea, green tea has a high concentration of polyphenols such Epigallocatechin-Gallate (EGCG). Tea polyphenols have been found to stop inflammation by inhibiting proteasome action.

Although tea polyphenols have long been thought to be the most potent ingredients, there is mounting evidence that these molecules are not the only ones responsible for tea's health benefits.The impact of our routine skin care programmer incorporating topically applied black or green tea extracts on the duration of grade 2+ skin toxicity following radiation therapy was investigated in this study. In the therapy of radiation-induced skin toxicity, green tea extracts were found to be superior to black tea extracts. In order to better understand how tea extracts aid to repair skin integrity, researchers discovered that whole tea extracts changed the DNA-binding of the transcription factor NF-B in a complex way, which differed from what was seen following EGCG therapy [1-5]. Tea extracts, we conclude, are an effective treatment for radiationinduced skin damage. Understanding the underlying molecular mechanisms could lead to tea extracts being used as a cheap and widely available treatment for skin toxicity caused by ionising radiation in both developed and developing countries during clinical radiotherapy and in the event of ionising radiation accidents in the future.