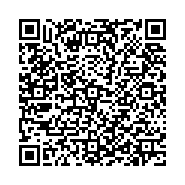 The Cell-Free Mitochondrial DNA: A Novel Biomarker of Cardiovascular Risk?

The advances in the treatment of cardiovascular (CV) disease over last decades have leaded to decrease mortality and disability due to CV events in the developed countries [1]. However, the increased prevalence of CV disease associates with high economic burden and medical care expenditures. Data of recent clinical trials have been shown the improvement of survival of the patients after CV events might predict with biological markers reflecting the several phases of the pathogenesis of CV disease. Current clinical guidelines presented by American College of Cardiology/American Heart Association and European Society of Cardiology are emphasized needing to use biomarkers toward risk stratification of individuals at higher risk of CV disease, patients with known CV disease, as well as target therapy of several diseases (e.g. heart failure). The accuracy and predictive value of widely used biomarkers (i.e. cardiac troponins, natriuretic peptides, galectin-3, soluble ST2) are sufficiently distinguished depending age, sex, metabolic comorbidities, decreased kidney function. In this context, the discovery of novel biomarkers that might use to identify the individual CV risk is discussed widely.

Recent studies have revealed the increased concentration of nucleic acids defined as DNA (genomic DNA, mitochondrial DNA, viral DNA) and RNA (mRNA and microRNAs) in the circulation among patients with several diseases including CV and rheumatic diseases, diabetes, sepsis, infections [2,3]. Moreover, cell-free nucleic acids were measured in the circulation in healthy subjects and the concentration of the both cell-free DNA and RNA may depend on aging. Although the molecular mechanisms leading to release of nucleic acids from cells into circulation are yet not completely clear [4], it is suggested that apoptotic and/or necrotic cells could be defined as the main source of cell-free DNA and RNA [5]. Moreover, target cells may produce actively and secrete nucleic acid resulting in several triggers, such as microbial lipopolysaccharides/antigenes, tumor cells, inflammatory cytokines, active molecules [6-8], in two transferred forms, i.e. cell-free circulating fraction and microvesicle-derived fraction [9,10]. However, extracellular microvesicles may convey a small portion of the both DNA and RNA, whereas the majority of nucleic acids represent as free circulating form [11]. Because mitochondrial DNA are secreted by apoptotic and activated cells triggering CV risk factors [11-13], they have some theoretical advantages as CV biomarkers of genomic DNA released from necrotic cells and appear to be tumor biomarker. The mini review is devoted the biological role, diagnostic and predictive value of cell-free mitochondrial DNA in patients at CV risk.

The association between concentration of mitochondrial DNA and CV risk was found in the numerous recent studies [26-28]. It is supposed that circulating fragments of cell-free mitochondrial DNA could be a trigger of development of early endothelial dysfunction and tissue injury among individuals at higher CV risk [23,29], patients with acute myocardial infarction after percutaneous coronary artery intervention [30].

There are the results of two prospective observational cohort studies devoted the discovery of predictive role of elevated cell-free mitochondrial DNA levels in the intensive care unit patients (the Brigham and Women's Hospital Registry of Critical Illness and Molecular Epidemiology of Acute Respiratory Distress Syndrome) [31]. It has found a markedly association between circulating levels of mitochondrial DNA and in-hospital mortality. However, it is needed to note that there is no evidence of large clinical trials to extrapolate the data to patient population with known CV disease.

Cell-free mitochondrial DNA levels may elevate in healthy individuals depending aging and in cancer and non-cancer subjects at risk of CV diseases, as well as in persons with established CH disease. The measurement of fragments of cellfree mitochondrial DNA may be use in routine clinical practice as a useful biomarker of non-specific tissue damage with higher predictive value in non-cancer individuals with CV diseases.