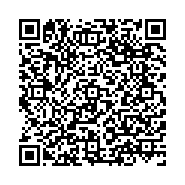 The Erythropoietin Effect on Uterus Congestion after Uterine Ischemia Reperfusion

Objective: This experiment investigated the erythropoietin (Epo) effect after uterine ischemiareperfusion (IR) in rats. The effect of Epo was evaluated studying the mean uterine congestion (UC) lesions. Materials and methods: The mean weight of 40 rats used in the study was 247.7 g. The UC lesions were estimated for the groups A and C on 60 min and for the groups B and D on 120 min after reperfusion. Only the groups C and D were administered by Epo.

Erythropoietin (Epo) belongs to the most occupied growth factor in biomedical studies. It implicates over 29,207 such studies at present; the 3.45% at least of which concern tissue ischemia-reperfusion (IR) models. A popular aim of Epo usage is the reverse potency of IR transient injuries of organs, including their tissues and certainly patients' health. However, satisfactory responses have not yet been received concerning basic affairs, such as, the dosage height, the administration timing, and the action velocity. The knowledge must be promoted besides the original action of Epo in red blood cells production. These specific matters require more detailed management. A numeric estimation of Epo trends was revealed by a meta-analysis of 33 published studies concerning serum variables, yielded by the present experiment (Table 1).

Table 1: The erythropoietin (Epo) influence (+SD) on the levels of some seric [1] variablesconcerning reperfusion (rep) time.

This experiment tried to estimate the Epo action on a rat setting of IR using the mean uterine congestion (UC) lesions scores.

This biomedical research received the 3693/12 November 2010 and 14/10 January 2012 licenses by the East Attiki Prefecture Vet Address. Elpen Pharmaceuticals Co Inc SA granted all consumables, facilities and equipment at Pikermi, Attiki. Pure humanistic care was provided for Albino female Wistar rats. Pre-experimental normal housing included continuous ad libitum feeding in laboratory. Euthanasia excluded the post-experimental survival and preservation of the animals. The 40 rats were randomly assigned to four equal groups. The quoting protocols of IR were used: 45 min ischemia and then 60 min reperfusion for group A; 45 min ischemia and then 120 min reperfusion for group B; 45 min ischemia and then 60 min concurrent Epo (Epoetin, rhEpoα, Janssen-Cilag, Beerse, Belgium) intravenous (IV) administration with reperfusion for group C; 45 min ischemia and then 120 min concurrent Epo IV administration with reperfusion for group D. The Epo dosage was assessed at 10 mg/Kg [1], mass per animal. Prenarcosis, general anesthesia, non-stop intraexperimental oxygen supply, electrocardiogram and acidometry are also confirmed in related references. Laparotomic clamping with forceps of inferior abdominal aorta over the renal arteries level, induced ischemia for 45 min. The forceps removal was restoring the inferior aorta reperfusion patency. Blood flow exclusions were iterated for every animal. Epo was administered starting reperfusion via inferior vena cava catheter. The UC lesions scores were estimated at 60th min of reperfusion for A and C groups groups and at 120th min of reperfusion for B and D groups. 40 female Wistar brand albino rats with mean body mass (M:) of 247.7 g (Std. Dev[SD]: 36.59703 g) were used. The mass range was fluctuated between 165 g and 320 g. Rats' body mass could be practically a confusing factor, e.g. the more obese rats were supposed to have more pronounced UC lesions scores. This assumption was statistically investigated with grading of UC lesions findings. Detailed pathologic classification [2] was performed by scores: 0 without lesions, 1 mild ones, 2 moderate ones and 3 serious ones. The previous classification was transformed as: (0-0.499) without lesions, (0.5-1.499) the mild ones, (1.5-2.499) the moderate ones and (2.5-3) the serious one’s scores since noninteger estimations were appeared. UC lesions scores were estimated by the 1st Pathology Department of Clinical- Laboratory Sector at Faculty of Medicine in Athens University.

Any raised significant difference among UC scores, was investigated whether being due to any significant mass one. The generalized linear models (GLM) test with dependent variable the UC scores and independent variables, first the drug Epo or no drug administration, second the reperfusion time and third both the interacted variables were applied. The statistic calculations were performed by the Stata 6.0 software (Stata 6.0, StataCorp LP SA, Texas, USA).

Table 4: The alteration influence of erythropoietin in connection with reperfusion time.

Table 5: Synoptic presence of the alteration influence of erythropoietin in connection with reperfusion time.

Considering the rats' weight as a more independent variable of GLM, a non-significant correlation appeared (p=0.5769).

This study was funded by Scholarship by the Experimental Research Center ELPEN Pharmaceuticals (E.R.C.E), Athens, Greece. The research facilities for this project were provided by the Aforementioned Institution.