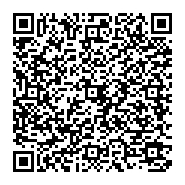 Heart failure (HF) biomarker-guided therapy is promising method, which directs to improving of clinical status, attenuation of admission/readmission to the hospital and reduces of mortality rate. Many biological markers, i.e. inflammatory cytokines, are under consideration as a surrogate target for HF treatment, while there is known biomarkers with established predictive value, such as natriuretic peptides. However, discovery of new biomarkers reflecting various underlying mechanisms of HF and appearing to be surrogate targets for biomarkerguided therapy is promising. Nowadays, growth differentiation factor 15 (GDF-15) is suggested a target biomarker for HF treatment. Although elevated level of GDF-15 associated with HF development, progression, and prognosis, there is not represented evidence regarding direct comparison of this biomarker with other clinical risk predictors and biomarkers. Moreover, GDF-15 might serve as a contributor to endothelial progenitor cells (EPC) dysfunction by inducing EPC death/autophagy and limiting their response to angiopoetic and reparative effects. The short communication is discussed whether GDF-15 is good molecular target for HF guided therapy.

Heart failure (HF) associating with a significant socioeconomic burden, high rates of hospital admission and cardiovascular (CV) mortality remains a major healthcare problem worldwide [1,2]. Although widely used clinical guidelines represented by European Society of Cardiology and American College of Cardiology Foundation/American Heart Association are in particularly depicted biomarker-guided therapy of HF to improve clinical outcomes and prognosis, there is not completely agreement regarding the role of various biomarkers as a surrogate target of HF care [3]. The hypothesis that intensified therapy of outpatients with different phenotypes of HF (i.e. HF with reduced ejection fraction ([HFrEF], HF with preserved ejection fraction ([HFpEF], and probably HF with mid-regional ejection fraction ([HFmrEF]) under continuously monitoring of some surrogate biomarkers (mainly natriuretic peptides [NPs] and probably soluble ST, cardiac troponins, galectin-3, pro-adrenomedullin) could be better than traditional treatment in a way to improve prognosis appears to be promising [4-6]. Information gathered in the large randomized clinical trials presumably addressed to NPs and comprehensive meta-analyses have revealed that the goal of the HF therapy suggested as lowered biomarker concentration up 30% and more has not been achieved in the majority of the patients and could relate to HF phenotypes [7-9]. Other leading limitations of NPs-guided therapy was pretty accurate, but fairly hard criteria of successful treatment of HF, high biological variation of NPs in several individuals with HFrEF, HFmrEF, HFpEF, co-existing comorbidities, such as obesity and older age, which influenced independently on NP concentrations [10,11]. Therefore, evidence received from meta-analysis did not support a strong benefit for elderly HF patients treated with NPs-guided strategy versus conventional therapy [12-14]. Consequently, the hypothesis mentioned above has not really been tested and, unfortunately, it has not still incorporated into routine clinical practice [15,16]. In this context, discovery of new biomarkers reflecting various underlying mechanisms of HF and appearing to be surrogate targets for biomarker-guided therapy is fairly promising.

Moving across this issue, recent clinical trials have shown that inflammatory biomarkers including growth differentiation factor 15 (GDF-15) predicted HF severity and prognosis in patients with HFpEF and HFrEF [17-19]. GDF-15 belongs to cytokine’ super family of the transforming growth factor-beta and widely expressed at the various cells, tissues and organs [20]. GDF-15 is secreted in response to inflammation, oxidative stress, hypoxia, telomere erosion, oncogene activation and regulates cell growth and tissue differentiation [21]. Elevated concentrations of GDF-15 were found in patients with known CV diseases, i.e. cardiac hypertrophy, HF, atherosclerosis, stable coronary artery disease, myocardial infarction, as well as in hypertension, diabetes mellitus, abdominal obesity, chronic kidney disease, and malignancy [22-24]. Recent clinical studies have shown that GDF-15 independently predicted allcause mortality rate and CV death rate in patients with coronary artery disease, atrial fibrillation and HFpEF and HFrEF [24,25]. Moreover, GDF-15 has able to identify a vulnerable subjects in general population without known CV disease, prediabetes and diabetes mellitus [23]. Resl, et al. [25] reported that elevated level of GDF-15 have independently associated with subsequent CV event and 10-year all-cause mortality even after adjusting for well-established CV risk factors and widely used cardiac biomarkers (NT-pro brain NP, cardiac troponins, hs-C-reactive protein). However, there is not agreement regarding an issue about whether or not that an elevated GDF-15 level in peripheral blood is adaptive response in HF individuals aiming recovery of vascular function. Consequently, if this suggestion is wrong, whether lowered circulating level of GDF-15 could be a surrogate target for adequate HF care.

There is a large body of evidence regarding that vascular reparation could enhance EPCs, which exhibit powerful tissue protective capacity and may differentiate into mature endothelial cells under effect of microenvironment, paracrine regulators, and appropriate growth factors, e.g. GDF-15 [26]. Indeed, EPCs have determined primitive cells originated from precursors found in the bone marrow and peripheral blood [27]. The ability of EPCs for self-renewal and differentiation into mature endothelial cells has recently been under intense investigation [28] and remains of high interest for regenerative medicine [29]. Recent pre-clinical and clinical studies have shown a key role of bone marrow EPCs in the endothelial repair, angiogenesis, neovascularization, and attenuation of vascular function, whereas EPCs derived from peripheral blood cells including circulating mononuclears are under tight epigenetic control, and several paracrine and metabolic mechanisms and they are considered a central mechanism of immediate reparative response of injury [30]. There is evidence regarding that the both subpopulations of EPCs are mobilized or released into systemic circulation in response to specific stimuli.

Taking into consideration the regulatory capacity of GDF-15 on numerous and functionality of circulating EPCs, there are not strong suggestions that lowered GDF-15 level could be adaptive reaction in contemporary treated HF patients with expecting predictive ability. Rather lowered GDF-15 might serve as a contributor to EPC dysfunction by inducing EPC death/autophagy and limiting their response to angiopoetic effect. Contrary, GDF-15-related recruitment of EPCs may be a powerful mechanism of endothelial repair and maintenance vascular function if development and progression of HF. Finally, GDF-15 is probably not good target for biomarkerguided therapy, although there are some investigations with opposite conclusions [24,25]. Although elevated level of GDF-15 associated with HF development, progression, and prognosis, there is not represented evidence regarding direct comparison of this biomarker with other clinical risk predictors and biomarkers [35].

In conclusion, large clinical studies are required to explain whether GDF-15 could be promising biomarker to stratify HF individuals at CV risk. Moreover, there is not clearly understood whether lower GDF-15 concentration during HF therapy is favorable effect associated with improve clinical outcomes. Whether use of GDF-15 as a surrogate target for biomarker-based therapy of HF remains under scientific discussion and the usefulness of GDF-15 to guide HF management decision should be obligatory investigated.