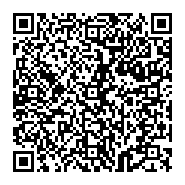 In May 2016, the USA athletes of NBA speculated in television that the pain sensation might result necessarily from the post-sensory nociceptive-sympathetic coupling. Besides the common knowledge from causalgia and reflex sympathetic dystrophy as sympathetically maintained pain, it is herein reinforced the post-sensory differentiation of nociception and pruritus as supporting evidence for them, turning the speculation of NBA into the hypothesis of NBA.

With the publication of the book “Electromagnetic Unification of Four Forces” [1], which compiles the progressions made by the world people in television to electromagnetically unify the four forces in physics, the achievements of people on sciences mediated with television have begun staging onto the shelves of scientific readings.

There have also been many activities and achievements of people on neural sciences manifested in television. Recently, it happened to encounter a significant case in television on the issue.

The case was that, since May 6, 2016, the USA athletes of NBA have begun speculating in television that the mechanism of sensation of pain might result necessarily from the postsensory nociceptive-sympathetic coupling. It is common knowledge that the noxious stimulation of muscle and skin would cause sympathetic responses [2]. Besides, both causalgia and reflex sympathetic dystrophy manifest as sympathetically maintained pain [3,4].

Herein, it is collected another strong evidence in support of them. In recent years, it has been demonstrated that the sensors and receptors mediating the nociception and pruritus are largely overlapping and alike with each other [5,6]. In this regard, it would be the post-sensory neural integration that differentiates the sensations of pain and itch, with the sensory afferents coupled to the sympathetic and parasympathetic neurons respectively. This is the strong support for the view of USA athletes of NBA in television that the pain sensation results necessarily from the post-sensory nociceptivesympathetic coupling, because no other related mechanism of pain sensation can account for the overlapping and similarity between the nociceptive and itchy sensors and receptors.

In all, it is herein highlighted and supported the view of USA athletes of NBA in television that the sensation of pain results necessarily from the post-sensory nociceptive-sympathetic coupling, turning the speculation of NBA into the hypothesis of NBA.