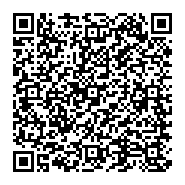 Background: Oesophagectomy is the standard treatment for oesophageal cancer in medically fit patients, but is associated with significant morbidity and mortality. Neoadjuvant chemoradiotherapy has been included in the management of this disease with the aim to improve prognosis, and has been shown to improve survival without an associated increase in operative complications. This study included patients who underwent oesophagectomy at the Canberra Hospital, to determine if neoadjuvant therapy was associated with an increase in perioperative morbidity and mortality.

Oesophageal cancer remains the seventh leading cause of cancer related mortality in the world [1], and the majority of patients present at an advanced stage of disease [2,3] Oesophagectomy was the standard treatment for localised oesophageal cancer, and remains a high risk procedure associated with significant morbidity and mortality [1,4,5]. In order to improve outcomes, the management of this disease has evolved to become tri-modal, combining neoadjuvant chemotherapy and radiotherapy with surgical resection [1,6].

A multimodal treatment approach for oesophageal cancer could involve neoadjuvant chemotherapy, along with radiotherapy [6]. Neoadjuvant chemotherapy may have several advantages, such as the facilitation of complete resection by tumour downstaging [6,7] improved tolerance when compared to postoperative chemotherapy [6] and the early treatment of micrometastases [6,7]. Similarly, neoadjuvant radiotherapy has been shown to improve the pathological complete response rate and local tumour downstaging [6,8]. However, the disadvantages of neoadjuvant therapy may include delayed surgery, impaired wound healing, increased risk of respiratory complications as well as increased morbidity and mortality of the oesophagectomy itself [6,8]. The CROSS trial demonstrated improved rates of both overall and disease-free survival among patients who received neoadjuvant therapy followed by surgery [6,8,9]. Moreover, Hagry et al. [10] Concluded that neoadjuvant therapy has acceptable complication rates relative to its effectiveness in down-staging of tumours, resulting in an improved chance for complete resection [10]. This study aims to identify the effect of neoadjuvant therapy on perioperative morbidity and mortality, by performing a retrospective review of patients who underwent oesophagectomy for oesophageal cancer at Canberra Hospital.

The medical records for all patients who underwent an oesophagectomy for oesophageal cancer at the Canberra Hospital, from 1st January 2001 through 31st December 2012, were reviewed. Ninety-eight patients were identified, all of whom had histologically confirmed primary squamous cell carcinoma, adenocarcinoma or adenosquamous carcinoma of the oesophagus or gastro-oesophageal junction. Patients with cancer found to be arising from the stomach were excluded from this review. Patients with stage IV cancer did not undergo oesophagectomy, and were excluded from this study.

Patients were placed in one of two groups based on whether they received neoadjuvant therapy or not, as prescribed by medical and radiation oncologists. For each group, mean age, gender, post-operative histology tumour site, tumour type and tumour stage based on the American Joint Committee for Cancer Staging (5th edition), were reviewed and recorded into a database (Table 1).

The majority of patients who underwent neoadjuvant therapy were treated with a standard protocol of cisplatin and infusional 5-fluorouracil, and 45 Gy external beam radiation. Oesophagectomy was performed using the Ivor-Lewis procedure. Histologically confirmed complete tumour resection was defined as R0, and incomplete resection was defined as R1, where tumour was histologically found to extend to within 1 mm of the surgical margin. Perioperative morbidity and mortality were classified according to the Clavien-Dindo classification of surgical complications, occurring within 30 days.10 Patients were followed up to monitor for recurrence by reviewing medical records up to and including 31st December 2014.

Table 2: The number and proportion of oesophagectomy patients who underwent neoadjuvant therapy for the years 2001-2006 and 2007-2012.

Table 3: Perioperative complication grade in accordance with the Clavien-Dindo classification of surgical complications.

R0 resection was achieved in 87 patients (88.8%). A higher percentage of patients (100%) who received neoadjuvant therapy had complete resection, compared to those who did not (81.5%), although this difference did not reach statistical significance (Table 4). 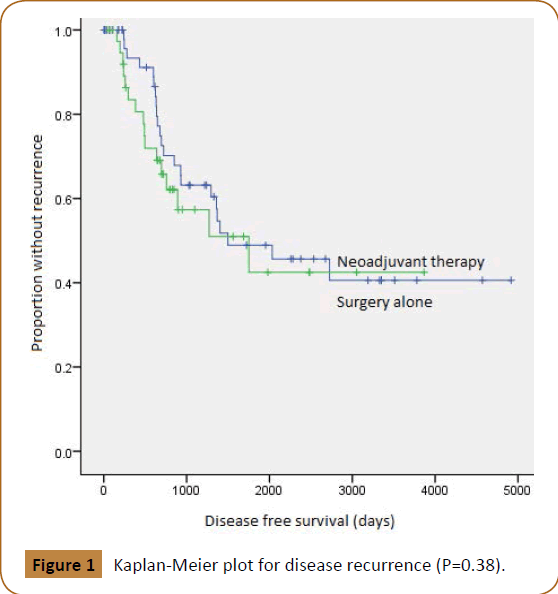 With regard to disease free survival, this study was unable to detect a significant difference in recurrence rates between the two patient groups. The randomised controlled trial performed by the CROSS group revealed improved rates of both overall and disease-free survival among patients who received neoadjuvant chemoradiotherapy followed by surgery [14]. Other studies have suggested that neoadjuvant therapy may play a role in reducing disease recurrence, by facilitating complete resection and targeting micrometastases [6].

This study has various limitations. As a retrospective review, the nonrandomised allocation of patients may have led to selection bias. Further, patients were less likely to undergo neoadjuvant therapy in the first half of the study period (2001-2006) when compared to the second half of the study period (2007-2012). The decrease in morbidity and mortality in the neoadjuvant group may have resulted from improvement in perioperative care in the later years of the study.

The authors would also like to thank Gloria Spyropoulos, Research and QA Manager, Medical Records, Canberra Hospital and Teresa Neeman, Statistical Consultant at the Australian National University for their contributions to this study.