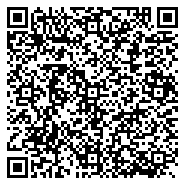 1Development and Technological Innovation of Medicine of the Federal University of Rio Grande do Norte, Brazil

Oxidative stress induced by reactive oxygen species (ROSs) may be associated with the development of inflammation and insulin resistance (IR) in obese women with polycystic ovary syndrome (PCOS).

Objectives: To evaluate the markers of oxidative stress, of inflammation, and of insulin resistance in obese women with PCOS and in healthy ovulatory women.

Conclusion: The PCOS group had inflammation through elevated CRP and IR levels that can be aggravated with the production of ROSs, influencing the development of changes in glucose metabolism and of CVD related to the syndrome.

The polycystic ovary syndrome (PCOS) is a complex endocrine disorder of unknown etiology that affects currently about 8% to 12% of women in reproductive age worldwide [1]. It is not only one of the most frequent causes of secondary amenorrhea and infertility due to the chronic anovulation and hyperandrogenism, because it still has a set of associated metabolic disorders characterized by insulin resistance (IR) [2], impaired glucose tolerance (IGT) [3], dyslipidemia [4] and low-grade chronic inflammation [5]. Approximately 80% of women with PCOS present IR [6], compared with only 10% to 25% of individuals in the general population [7], associated with hyperinsulinemia and it may occur regardless of body mass index (BMI) and degree of adiposity [8]. Some studies support the hypothesis that IR influences in the pathogenesis of PCOS, acting as integration agent between metabolic and androgenic abnormalities [2,3,5].

Studies have shown a clear association in PCOS between the proinflammatory state, obesity, particularly the visceral phenotype, and IR [5,9,10]. This is because the adipose tissue is an endocrine organ able to secrete various substances which interfere with the metabolism of carbohydrates and lipids, and it is also involved in innate and adaptive immune response by producing cytokines such as tumor necrosis factor alpha (TNF-α), interleukin-6 (IL-6), as well as acute phase protein, such as the C-reactive protein (CRP), which contribute to the establishment of insulin resistance, of systemic inflammatory status and of other cardiometabolic risk factors in the long term [10-12]. In association with inflammation, the oxidative stress, which is a condition resulting in excessive formation of oxidizing species in the presence of limited antioxidant defenses [8,9,13], culminating in the formation and removal of ROSs in the body [14], can also contribute to the worsening of metabolic disorders of the syndrome [15]. There are several reports in the literature about the presence of reactive oxygen species (ROSs) as a catalyst of pro-inflammatory state in women with PCOS. Thus, they are crucial to the increased cardiovascular risk and endothelial dysfunction and can therefore be an important predictor of atherosclerosis [16].

Moreover, the production of ROSs and the oxidative stress have been linked to IR [17,18]. The oxidative stress impairs glucose uptake by muscle and by adipose tissue and reduces insulin secretion from pancreatic β cells [19-21]. Antioxidant treatments may improve insulin sensitivity in patients with IR or type 2 diabetes [22]. In obese women with PCOS there is a correlation between elevated levels of lipid peroxidation in the vessel walls and in plasma, causing severity in CVR with reduction of the antioxidant enzymes such as glutathione (GSH), superoxide dismutase (SOD) and glutathione peroxidase (GSH-Px). Thus, there is a close relationship with the inflammatory process and metabolic disorders [18].

The few studies that address PCOS, oxidative stress and inflammation are inconclusive about a possible association [22]. Thus, the objective of this study was to evaluate the levels of inflammatory markers and of oxidative stress in obese women with PCOS and in healthy ovulatory women. This evaluation is essential in order to clarify the influence of oxidative stress on the inflammatory profile, as well as on the metabolic and hormonal changes of these women.

The study population consisted of 20 patients, aged from 17 to 35 years old, with 10 women diagnosed with PCOS and 10 healthy volunteers recruited from the outpatient gynecology and endocrinology clinic of the maternity hospital januário cicco (MEJC) UFRN, Natal-RN. We included patients who were diagnosed with PCOS according to the criteria defined by the Rotterdam consensus in 2003 [23], and excluded those who used drugs (corticosteroids, antiandrogens, ovulation-inducing, dopaminergics, hypoglycemic, medication against obesity, antilipemics, anti-inflammatory drugs and any other hormonal agent in the last three months) smokers, those who had family history of cardiovascular disease and diabetes mellitus, Cushing's syndrome and/or androgen-secreting tumors, thyroid dysfunction and hyperprolactinemia and other causes of hyperandrogenism and menstrual irregularities that simulate the clinical picture of PCOS.

To carry out a comparative analysis of the patients, study participants were divided into two groups according to body mass index (BMI?30 kg/m2) and diagnosis of PCOS: Group I (obese women with PCOS, n=10) and Group II (obese women without PCOS, n=10). All patients underwent measurement of body mass (kg) and height to determine the BMI [24]. The study was approved by the Research Ethics Committee of UFRN with protocol number 400/09, and all participants signed an informed consent form (ICF).

Data were expressed as mean and standard deviation (SD) and tested for normality using the Shapiro-Wilk test. The Mann- Whitney test for independent samples was also applied to test differences in groups. Correlations between evaluated parameters were analyzed using the Pearson correlation test. The statistical package SPSS®version 17.0 for Windows (SPSS, Inc, Chicago, IL) was used for these purposes. Statistical significance was set at 5% (p<0.05).

Table 1: Clinical, hormonal, and metabolic characteristics of the groups.

The analysis of inflammatory markers showed that patients with PCOS had significantly increased levels of C-reactive protein (p=0.01) when compared to healthy patients with a corresponding BMI. There were no differences in TNF-α and IL-6 between groups (Table 2).

Table 3: Correlation of oxidative stress with metabolic and pro-inflammatory profile in obese women with PCOS.

Table 4: Melting temperature and crystallinity of samples before and after 96 hours of UV exposure.

The evaluation of oxidative stress showed a significant reduction of antioxidant enzymes such as CAT, SOD and GPX and increase in the TBARSs and GSH in obese patients with PCOS, characterizing the presence of oxidative stress in these women. It was also evidenced in this group increased total testosterone and fasting insulin and a decrease in progesterone levels, characterizing hyperandrogenism, hyperinsulinemia and chronic anovulation, which are frequent changes in PCOS patients [6,7,25].

Studies have shown that a high percentage of patients with PCOS, even the non-obese, have an accumulation of excessive visceral fat [6,9]. It is suggested that this increased accumulation of fat in the abdominal region in women with PCOS may promote a dysfunction of adipose tissue [14], increasing IR [15] and hyperandrogenism [17], evidenced by the increase in total testosterone. In our study, we observed similar results. As shown in Table 1, women with PCOS had total testosterone concentrations significantly higher compared to the obese control group.

Insulin levels were higher when associated with normal values of fasting blood glucose and post -OGTT in the obese group with PCOS (Table 1). These results are indicative for a future change in glucose metabolism, IR and hence an increased risk of type 2 diabetes, which is characteristic of PCOS patients [26]. The above results were similar to those of other studies, which confirmed that in PCOS the insulin sensitivity changes only to the glucose uptake by the tissues, without compromising other functions of this hormone [7].

Oxidative stress is a promoter of inflammation and of IR and it has also been implicated in the development of hyperinsulinemia and hyperandrogenism in PCOS [16,17]. Our results showed a similar profile evidenced by increase in CRP, insulin, testosterone, the TBARSs, GSH, and a decrease in antioxidant enzymes, CAT, SOD and GPX in obese women with PCOS, associated with the presence of correlations between the oxidative stress and parameters of inflammation and IR evaluated. Some authors have previously reported that in PCOS, hyperglycemia-induced oxidative stress is inversely proportional to the sensitivity to insulin [7,9,11]. Another study performed in vitro showed that oxidative stress impairs pancreatic insulin release in response to glucose and leads to lipid peroxidation, and DNA damage [18,19].

The evaluation of the inflammatory profile showed a significant increase in CRP levels in PCOS patients, confirming the characteristic inflammatory condition of this syndrome [13-15] (Table 2). Gonzalez, et al. reported that the serum levels of TNF-α and IL-6 are elevated in patients with PCOS and that the most likely source is excess adipose tissue. However, the results of our study were not significant in comparing the levels of these cytokines between groups, probably due to small number of patients and/or ethnic differences.

In another similar study, the same authors demonstrated the important link between oxidative stress and IR and the consequent production of mononuclear cells in response to hyperglycemia in women with PCOS. This generation of cells mediated by ROS's has been an important factor in the modulation of the release of TNF-α, thus having an important role in the development of hyperandrogenism and insulin resistance through the activation of NF-kB (nuclear factor kappa B) and consequently an increase in gene transcription of TNF-α, characterizing PCOS as an inflammatory condition [27].

These study findings contribute to establish the PCOS as a state of chronic inflammation through increased CRP, which can be aggravated with the production of reactive oxygen species, influencing the development of changes in glucose metabolism and of CVD related to the syndrome. However, further studies are needed comparing patients with and without PCOS in order to

understand the precise mechanism of the influence of oxidative stress in the numerous characteristics that underlie this complex disease.