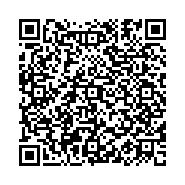 Objective: Uric acid (UA) is a molecule known as an antioxidant. However, studies conducted in recent years indicate that elevated serum UA levels are an independent risk factor for stroke. The aim of our study is to determine the relationship between UA and acute ischemic stroke and subtypes.

Methods: We retrospectively analyzed 110 patients with acute ischemic stroke within the first 24 hours who were admitted to Bakirkoy Prof Dr. Mazhar Osman, Mental and Neurological Diseases Training and Research Hospital (Istanbul, Turkey) between August 2016 and August 2017. The control group was composed of 82 healthy volunteers who were compatible with the patient group in terms of age and gender. Serum UA levels were estimated and stroke subtypes were determined by Bamford classification according to clinical findings and TOAST classification according to etiology.

Results: Mean serum UA levels were found 5,5 mg/dL in the patient group versus 4,8 mg/dL in the control group. There was a statistically significant difference between patients and controls (p<0,0019). As for the stroke subtypes, elevated serum UA was found to be associated with all stroke subtypes except lacunar stroke according to Bamford classification and small vessel disease according to TOAST classification. In Multiple Logistic Regression Analysis, serum UA levels higher than 5,6 mg/dL were identified as independent risk factors for ischemic stroke.

Conclusion: In our study, high UA levels were seen as an independent risk factor for stroke. Determination of UA as an etiological factor responsible for the pathogenesis of vascular diseases including stroke may also bring the treatment of hyperuricemia such as hyperlipidemia or hypertension, which are routinely treated after stroke.

Stroke is the second largest cause of death worldwide after ischemic heart disease and the first cause of death among all neurological diseases [1]. It is also responsible for a global disease burden due to its high morbidity [2]. The main way to prevent stroke is to identify and eliminate the risk factors in its etiology. Age, gender, race, and family history are unchangeable risk factors in the development of stroke. Hypertension (HT), smoking, hyperlipidemia (HL), diabetes mellitus (DM), and atrial fibrillation (AF) have been identified as definite modifiable risk factors for stroke [3]. However, studies are ongoing to understand modifiable risk factors. As a result of these studies, it is suspected that there are new etiological factors that may be responsible for stroke. One of these factors is the serum UA level, which has been discussed for a long time.

Uric acid (UA) is the end-product of purine metabolism in humans. Although the molecule itself has protective properties, it may acquire the opposite feature at high levels in serum. When serum UA levels exceed the threshold value [7.0 mg/ dL], it rapidly crystallizes and collapses in joint, kidney, and vascular structures [4]. Gout is the main disease associated with hyperuricemia, but there are studies suggesting that it is also involved in the etiology of various clinical diseases such as systemic inflammation, metabolic syndrome, preeclampsia, hypertension, kidney diseases, cardiovascular diseases, and diabetes mellitus [5,6]. Regarding the relationship between hyperuricemia and stroke is contradictory. Although studies on the causality of UA and stroke have been ongoing for years, a consensus has not yet been reached. There are clinical studies suggesting that UA may be neuroprotective. A meta-analysis including 10 studies showed that serum UA level has a protective effect on neurological outcomes after acute ischemic stroke, and high UA level at onset is a biomarker of better prognosis in patients with acute ischemic stroke [7]. Furthermore, it has been reported that UA administration is neuroprotective in rats after transient brain ischemia and can increase the benefits of alteplase [8]. In contrast, there are studies showing that UA is an independent risk factor for both ischemic and hemorrhagic stroke, and a poor prognostic factor in the literature [9,10] With the relevance of cerebrovascular disease and hyperuricemia, endothelial dysfunction has been discussed as the underlying mechanism [11]. There is a limited number of studies investigating the relationship between ischemic stroke subtypes and UA. In our study, we aimed to investigate the relationship between UA and acute ischemic stroke and subtypes.

110 ischemic stroke patients (Male: Female = 69:41), presenting with new stroke evaluated in the stroke clinic of Bakirkoy Prof Dr. Mazhar Osman, Mental and Neurological Diseases Training and Research Hospital (Istanbul, Turkey) between August 2016 and August 2017 were included in the study retrospectively. Informed consent was obtained from all participants in compliance with the Helsinki Declaration. The study was approved by the ethical committee of the study hospital. All patients were examined by a qualified neurologist, and ischemic stroke was differentiated by computer tomography (CT) scan and magnetic resonance imaging (MRI). Patients with active infection, neoplasia, GUT disease, renal or liver disease, chronic inflammatory bowel disease, excessive alcohol consumption, or use of drugs that affect serum UA levels such as steroids, colchicine and allopurinol were excluded from this study. As a control group, 83 healthy individuals matched for sex and age was recruited from the same demographic area. The control group consisted of patients who applied to the neurology outpatient clinic with headache symptoms and had no neurological disease. The controls had no clinical evidence of any cerebrovascular disease.

SPSS 22.0 (IBM Corporation, Armonk, New York, United States) and Medcalc 14 (Acacialaan 22, B-8400, Ostend, Belgium) programs were used in the analysis of variables. The compliance of the data to normal distribution was evaluated with the Shapiro-Wilk test and the variance homogeneity with the Levene test. Independent-Samples T test was used together with Bootstrap results, while Mann-Whitney U (Exact) test was used together with Monte Carlo results in comparing two independent groups to each other according to quantitative data. Spearman's rho test was used to examine the correlations of variables with each other. In comparing categorical variables with each other, Pearson Chi-Square and Fisher Exact tests were tested with exact results. Odds ratios were calculated to examine the rate at which those with a risk factor develop the disease (or the occurrence of an event) relative to those who do not. Logistic regression test was used with the backward method to determine the cause - effect relationship of the categorical response variable with the explanatory variables in binary (diotome) and multiple (multinominal) categories. The sensitivity, specificity, positive predictivity, and negative predictivity values of the cut-off value calculated according to the variables of the patient groups were examined and expressed by ROC (Receiver Operating Curve) curve analysis. The continuous quantitative variables are expressed as mean and standard deviation (SD) and categorical variables as n (%). Variables were analyzed at a 95% confidence interval (CI) and a p value of less than 0.05 was considered significant.

According to the Bamford classification, the mean UA level was 7,25 mg/dL in TACI, 5,94 mg/dL in PACI, 5,83 mg/dL in POCI, and 5,33 mg/dL in LACI. The UA levels were higher than the cutoff value determined in the study in all subgroups except LACI subgroup. In paired comparisons, a significant difference was found between clinical stroke subtypes in terms of UA levels (p: 0,039). It was statistically significantly higher in the TACI group compared to all other subgroups (Table 4).

Although UA is the most important antioxidant agent in animal models, results from human studies are controversial. Many epidemiological studies have reported a significant association between UA and increased stroke risk. In the Apolipoprotein Mortality Risk Study (AMORIS) by Holme et al., increased UA level was found to be a risk factor for acute myocardial infarction, congestive heart failure, and stroke [14]. In a meta-analysis of 16 prospective cohort studies involving 230,000 patients, a mild but statistically significant relationship was found between UA levels and stroke incidence and mortality [15]. Besides, in a study conducted by Weir et al., serum UA levels were found to be associated with a poor clinical course in ischemic stroke [10]. In our study, UA level was found to be significantly higher in patients with ischemic stroke who presented within 24 hours after the onset of symptoms and suggested that high UA level was an independent risk factor for ischemic stroke. AF and HL were determined as other risk factors for ischemic stroke in our study.

There is no consensus on the serum uric acid threshold value for the definition of hyperuricemia. It has been shown pathophysiologically that it reaches supersaturation in serum above 6.8 mg/dL whereas guidelines for the treatment of gout recommend the therapeutic target for serum UA as 6 mg/dL [16]. This may suggest a stricter serum level control is needed in clinical practice. In an article published in 2014, it was concluded that UA levels higher than 6 mg / dL pose a risk for cardio-nephrometabolic disease and suggested that the values determined for hyperuricemia should be revised again [17]. In our study, the threshold value was much lower, and a serum UA level above 5.6 mg/dL increased the risk of stroke up to five times.

There are a limited number of studies investigating the variability between UA levels according to stroke subtypes. In a study using TOAST classification, it was shown that serum UA levels were elevated in all stroke subtypes except lacunar stroke [18]. In another study, the relationship between elevated UA levels and non-embolic stroke was examined, but no relationship was found [19]. However, Yang et al. showed an association between serum UA and cardio-embolic stroke in patients with acute ischemic stroke in the same classification [20]. In our study, according to Bamford classification, the UA level was higher than the determined cut-off value in all subgroups except LACI. It was statistically significantly higher in the TACI group compared to all other subgroups. When evaluated according to TOAST classification, the UA value was above the determined cut-off value in all groups except the small vessel disease subgroup. There was no significant difference when the groups were compared with each other. The highest UA levels seen in the TACI group according to clinical classification, which has a higher mortality, could be a sign that hyperuricemia may be a poor prognostic factor. In the etiological classification, the absence of hyperuricemia in the small vessel disease group, where the clinic is relatively mild, may also suggest the existence of a relationship with prognosis.

Whether UA is neuroprotective as an antioxidant or neurotoxic as an oxidant is an ongoing scientific debate in recent years. The antioxidant properties of UA have been known for a long time. However, the presence of intracellular oxygen, electrically active particle diversity, the presence of other pro-and antioxidant enzymes, various metals, and similar factors can change the prooxidant/ antioxidant properties of UA [21,22]. UA can gain free radical properties through these complex mechanisms and lead to oxidative stress-related diseases. However, the causality between stroke and UA is difficult to understand. Proctor draws attention to contrasting situations in which hyperuricemia is considered as a secondary protective response against atherosclerosis (antioxidant) or whether high UA levels develop atherosclerosis (pro-oxidant) in his articles [23,24]. The fact that the data in our study were obtained in the first 24 hours of stroke reinforces the idea that UA is a cause rather than a result in the context of stroke.

In our study, high UA levels are seen as an independent risk factor for stroke. It is essential to identify possible risk factors for stroke and to treat those that can be modified. Determination of UA as an etiological agent responsible for the pathogenesis of vascular diseases including stroke may bring the treatment of hyperuricemia such as dyslipidemia and hypertension routinely treated after stroke. Further randomized controlled studies to understand the relationship between serum UA and stroke are needed.

The authors declare that they have no financial or other conflicts of interests in relation to this research and its publications.