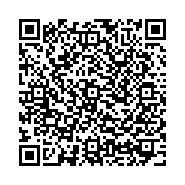 Type 2 diabetes mellitus (T2DM) is considered a leading factor of cardiovascular (CV) events in general population. Impairment of endogenous endothelial repair system plays a pivotal role in T2DM-induced microangiopathy and macroangiopathy and, however, may contribute in CV risk and outcomes. Recent studies have shown that the nicotinamide phosphoribosyl transferase (NAMPT) currently known as visfatin has reported an integral adipocytokine with proinflammatory and immunomodulating properties. It is suggested that visfatin/NAMPT may act as multifunctional agent with undefined effect on several targets especially endothelial cells and progenitor cells depending of metabolical status of the patients. The short commentary is discussed a possible role of visfatin/NAMPT as a biomarker of nature evolution of T2DM and as a target for therapeutic strategy aimed to improve endothelial function in T2DM patients in future.

Diabetes mellitus (DM) remains a global health problem and social burden worldwide [1]. Recent studies have shown that diabetes especially type 2 (T2DM) exhibited closely association with cardiovascular (CV) mortality and morbidity [2,3]. In fact, glucose toxicity and lipid toxicity, as the most important components of DM pathogenesis, contribute in over production of various spectrums of cytokines, which may be involved in the progress of disease via regulating apoptosis, differentiation, and inflammation [4,5]. Moreover, inflammatory cytokines are involved in the pathogenesis of DM-induced microangiopathy, macroangiopathy, and accelerating atherosclerosis [6,7]. Amongst of these cytokines the nicotinamide phosphoribosyl transferase (NAMPT), currently known as visfatin, has qualified an integral adipocytokine with proinflammatory and immunomodulating properties [8].

Vistafin/NAMPT is a 52 kDa protein, which was first found out in 1994 and then the abundant diverse functions of one in the various physiological processes and human disease were evaluated [9]. Indeed, visfatin/NAMPT has been existing in two forms (intracellular and extracellular) acts as a powerful growth factor, inflammatory cytokine, enzyme/coenzyme in metabolic processes, as well as an insulin-mimetic agent [10]. The intracellular form of Vistafin is highly expressed in adipose tissue, liver, and kidney, whereas the free circulating extracellular form is mainly secreted in serum from mononuclears, hepatocytes, cardiomyocytes and completely differentiated adipocytes [8,11].

Recent preclinical studies have shown that Vistafin induces cholesterol accumulation in macrophages through upregulation of scavenger receptor-A and CD36 that subsequently leads to transformation of them into foam cells [12,13]. Observational and clinical investigations have confirmed that Vistafin could be a marker of atherosclerosis, insulin resistance, systemic inflammatory response, infectious processes, and adipocytokines’ dysfunction [9,11,14,15]. These effects of Vistafin are predominantly resulting in an ability to regulate the activity of NAD-dependent protein deacetylase Sirtuin-2, which is a key factor in an induction of the inflammatory cytokines (interleukin [IL]-1β, IL-6, tumor necrosis factor alpha) and growth factors (transforming growth factor β1) production [16]. Nevertheless, vistafin is a modulator of apoptosis, oxidative stress and chemotaxis of activated mononuclears [10,17]. In contrast, there is a large body of evidence regarding that the vistafin might exhibit a protective effect against high glucose level in endothelial cells, ability to inducing cell proliferation, and attenuating angiogenesis and endothelial cell reparation [9,11]. Thus, Vistafin acts as multifunctional metabolic agent with regulatory effect on several targets especially endothelial cells and progenitor cells.

Altered function and decreased number of circulating endothelial progenitor cells (EPCs) in T2DM have well established and it is now widely discussed a key factor contributing in impaired endothelial reparation and CV event manifestation [18]. Indeed, EPCs have a protective impact on the endothelium and mediate the reparation of the vasculature [19]. Interestingly, reduced number and weak functionality of circulating EPCs known as “impaired” phenotype have shown a close association with both traditional including T2DM and non-traditional (insulin resistance, adipocyte dysfunction) CV risk factors as well as Framingham risk factor score [6]. Most importantly, the impaired phenotype of EPCs is a key feature of DM-induced vasculopathy, although at the early stage of DM beyond endothelial injury and dysfunction the number of EPCs is frequently increased and may reflect an endothelial activation. In this context, some biomarkers, i.e. vistafin/NAMT, have been discussing a promised tool to identify a pathophysiological stage of nature evolution of DM [20].

Indeed, vistafin has known as extracellular pre-B-cell colonyenhancing factor, which links adipocytokine dysfunction in T2DM/obesity, vascular damage, and endothelial dysfunction [21]. Wang et al. [22] reported that vistafin/NAMT may play a crucial role in the impaired mobilization of EPCs from bone marrow and thereby to contribute in an endothelial injury. Villalobos, et al. [23] have shown that Visfatin/NAMPT induces telomere damage and senescence in human endothelial cells. Moreover, Visfatin/NAMPT may visfatin to directly impair vascular reactivity and therefore arises as a potential new player in the development of endothelial dysfunction [21].

Whether would circulating level of vistafin/NAMT highlight a progress of DM and DM-induced vasculopathy is not fully clear, whereas decreased level of this biomarker might identify an exhausted ability of endogenous repair system in metabolic disorders including DM, metabolic syndrome and metabolically active obese [24,25]. Probably it may suggest that increased circulating level of Vistafin/NAMT is compensating response to mitigate EPC mobbing and differentiation through the NFkappaB pathway and to attenuate vascular reparation [26-28]. It is worth noting that vistafin/NAMT is able to mediate several biological actions on endothelial directly via EPC differentiation and indirectly involving in vascular reparation vascular smooth muscle cells, metalloproteinases and growth factors [29,30]. The Figure is presented principal schema explained the role of vistafin/NAMT in endothelial repair. More clinical studies are required to evaluate the predictive role of vistafin/NAMT in DM-induced vasculopathy and worsening repair capacity (Figure 1).

Figure 1: The role of vistafin/NAMT in endothelial repair and impairment.

In conclusion, plasma visfatin/NAMPT levels are probably indicator to distinguish of metabolically non-healthy individual at the early stage of nature evolution of the diseases. Therefore, visfatin/NAMPT could be target for therapeutic strategy aimed to improve endothelial function in T2DM patients in future.