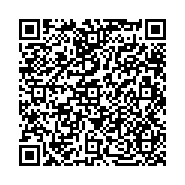 The Solution to Overpopulation, The Depletion of Resources and Global Warming

Overpopulation, resource depletion and global warming are all caused by humans having smaller frontal lobes. Frontal lobes get smaller through damage and breeding. To solve these problems we as a race must stop damaging our frontal lobes.

Frontal lobe damage is what is causing overpopulation, resource depletion and global warming. In the frontal lobe there are dopamine neurons; neurons which have dopamine receptors on them, and dopamine is the neurotransmitter that corresponds to wanting. The common property of all these problems is wanting too much, or rather, wanting too much of a few things. We want more children, we want more possessions and we want to achieve more in life, so when the frontal lobe is damaged the neurotransmitter dopamine is concentrated onto fewer cells. This causes you to want fewer things with greater intensity. So in order to prevent the depletion of our resources and the overcrowding of our planet we have to reduce or prevent frontal lobe damage as much as possible.

Dopamine Receptors and the Frontal Lobe

The first function of dopamine is locomotion [4]. When the frontal lobe is damaged locomotion, or motor skills, are affected.

Another function of dopamine is memory, [5] something else that is affected when the frontal lobe is damaged.

Dopamine is known as 'the reward chemical' and when the frontal lobe is damaged what is affected is problem-solving, something where the reward is the solution to the problem.

Initiation is also rewarding or is something you want to do; the reason you initiate something is because you anticipate a reward.

Judgement is also associated with reward. When you make a judgement you are choosing the most rewarding option out of many, this is a cognitive process and we use it every day.

The final one, impulse control, is also associated with reward. An impulse is a sudden strong and unreflective urge or desire to act, done for the reason that whatever that the impulse is will be rewarding.

There are numerous causes of frontal lobe damage, the most significant cause is the abuse of certain drugs, as well as trauma from road traffic accidents, exposure to certain metals and violence, but these are less common causes and are less of a priority.

There are a variety of drugs that damage the frontal lobe. These are alcohol, stimulants and cannabis. There are others but these are some of the more popular drugs in the world. The damage will be demonstrated by comparing the effects of drug abuse with the symptoms of trauma to the frontal lobe.

PET imaging of the brain of alcoholics also show damage in other regions, amongst damage to the frontal lobe [7].

When the front part of your head is damaged by trauma the frontal lobe is damaged. This happens mostly in car accidents, the 9th largest cause of death worldwide, (1.3 million) [13] in war and in violent crime, whenever you are facing your opponent.

Lead [14] and Aluminium [15] both cause the death of D1 and D2 receptors in rats. Because both humans and rats have the same mammalian brain we can infer that Lead and Aluminium also causes the death of D1 and D2 receptors in humans. Lead causing the death of dopamine receptors is less of a problem though as its use has been limited to battery acid, yellow paint, plumbing and a few other things. While Aluminium use is much more prevalent and is found in household appliances, construction and housing features so humans are more exposed to it as a result.

Breeding perpetuates the gene that codes for a smaller frontal lobe

This is how breeding perpetuates the smaller frontal lobe gene:

In a regular sized frontal lobe there are many dopamine receptors so dopamine is spread thinly across many receptors. Dopamine is the neurotransmitter that corresponds to, amongst other things; wanting.

In a naturally smaller or damaged frontal lobe there are fewer dopamine receptors and so dopamine is concentrated onto a few receptors.

What this corresponds to wants a few things with greater intensity. This is because dopamine corresponds to wanting and with fewer receptors, each of which is connected to memories in the temporal lobe, only a few things will be wanted. The reason that the thing that is wanted is done with greater intensity is because there is a normal amount of dopamine being produced and concentrated onto a below average amount of receptors.

When a frontal lobe is smaller the few things that are wanted and achieved will become boring faster. This will lead to either an expansion or adaptation of the thing that is wanted. For example having more children, buying an extra car, expanding a business or becoming tolerant to the effects of a drug.

This is because when there are fewer receptors and a normal amount of dopamine those fewer cells are exposed to more dopamine. This result in receptor down-regulation; where there is a decrease in the number of receptor sites in response to the cell's overexposure to neurotransmitter molecules.

This means that there will be less dopamine entering the cell and less dopamine activity, this is what makes an activity that was once pleasurable boring and it is this which leads to an adaptation or expansion of the chosen activity.

When your frontal lobe is smaller as a result of drug abuse, trauma or breeding you will want fewer things with more intensity - you will become narrow minded. This has the effect of depleting our resources, causing global warming, overpopulation and obesity.

When you have done the activity associated with it to the point of boredom, something that happens faster in brains with smaller frontal lobes, you will want to do something else that is as equally rewarding as the activity was originally. The activity that will be chosen will be something similar to the original activity. For example if the activity was having a child the person would have another child. This happens because when the activity is done memories of that activity are built up and due to the fewer dopamine receptors, all other memories of rewarding things are forgotten.

Whenever the thing that is valued is physical, possessions, children, food etc. Resources are depleted, more children are born and more food is eaten. In short, things are wanted with greater intensity. This is how having a smaller frontal lobe causes resource depletion, global warming, obesity, and overpopulation.

The primary cause of frontal lobe damage is drugs abuse, so in order to limit drug related brain damage there are two measures which can be taken. The first is to limit the amount of drug abuse going on by introducing sex as a social activity. This will make people feel better about them and will cause them to ingest less drugs as a result. The second measure is to reform drug policy with consideration to brain damage. Drugs vary by level of damage they do and the less damaging ones should be legalized in order to replace the more damaging ones. If Professor David Nutt's study on drug harms [17] is anything to go by then, according to this, currently controlled LSD and psilocybin; which actually causes neurogenesis in the hippocampus, [18] should be legalized while drugs such as alcohol and stimulants should be taxed heavier or controlled.

However it is absolutely essential that this lifestyle change be adopted by everyone in the world, because if one nation, group of people or an individual continues to damage their frontal lobes while everybody else doesn't then they will become smarter and better disposed to dominate those who have larger frontal lobes. This is because when you want a few things you spend all your time doing a few things, which makes you an expert in those activities. This is what will enable you to become better at outperforming those with larger frontal lobes and this is what may result in dominance by an elite.