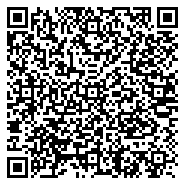 During 1829 in the city of Nauplion, Theodoros Konstantinidis was born. He had studied medicine in Athens, Wien, Paris and Berlin, where he had supported his doctoral thesis. In 1856 he had returned in Greece to work in "Astyclinici" and "Elpis" Hospitals. He had soon become professor of Artistic Anatomy and Epidesmologia, professor of Surgery, elected as Dean and eventually Rector of the Athenian University. Dedicated to his love for the ancient Greek medicine, font of Aretaeus of Cappadocia, he had changed his name to Theodoros Aretaios. He was the writer of a substantial number of medical treatises, member of the "Athenian Medical Society", editor in medical journals of the era, and a pioneering surgeon with a worldwide fame, who firstly performed a pediatric tracheotomy due to laryngeal diphtheria in modern Greece. He had been operating all his life common people from all over Greece. He left a bequest for the first Surgical and Obstetrical Clinic of the Athenian University to be built, bearing his name, "Aretaieion Hospital". In March 1893, he died and all Greece felt in heavy mourning for its benefactor.

It was May 20th, 1893, when one of the most distinguished journals of the era "The British Medical Journal" announced the death of professor Theodoros Aretaios (Figure 1) with a dithyrambic obituary to honor him, "Greece has lost its foremost surgeon" [1]. After almost 400 years of enslavement under the Ottoman Empire, the once scholarly Hellenic civilization, concerning the Byzantine mainland, was suppressed almost into extinction. In the meta-Othomanic period, medicine arose in Greece again. Most Greek scholars and physicians had been trained abroad in the Universities of Italy, France, Austria, Switzerland, and Germany. Eminent Greeks scientists, who during that period lived abroad, were greatly sympathized by the majority of their European colleagues, and continued in a way the Hellenic tradition towards scientific perfection. Some scientific journals in Greek language had being printed "Hermes the Scholar" (Greek: ΕρμÃƒÆ’Ã…Â½Ãƒâ€šÃ‚Â®ς ο ΛÃƒÆ’Ã‚ÂÂÃƒâ€šÃ…â€™γιος), Kleio in Leipzig (Greek: ΚλειÃƒÆ’Ã‚ÂÂÃƒâ€šÃ…Â½), and Asclepios (Greek: ΑσκληπιÃƒÆ’Ã‚ÂÂÃƒâ€šÃ…â€™ς) to track in a way all new achievements. The lack of trained physicians in the Hellenic territory was more than obvious and common people turned towards practical physicians. Some medical treatises were published or translated by European originals, but that wasn't enough. It was the time for bigger steps [2,3]. Thus, the foundation of the first university in the fledgling Hellenic state was seeded, planed and realized by the Greek Prime Minister Ioannis Kapodistrias at the beginning of the King Otto Friedrich Ludwig von Wittelsbach reign in Greece. It was in 1837 when a royal decree defined the establishment and later, the regulations for the new Hellenic University in Athens. The Athenian University was founded to boost further medical integration and Theodoros Aretaios, having been educated among other places in Berlin, was among the firsts to be selected for the new educational institution [1,4]. About 2 years earlier, a plethora of Greek physicians and pharmacists were gathered to found the "Athenian Medical Society" (Greek: ΙατρικÃƒÆ’Ã…Â½Ãƒâ€šÃ‚Â® ΕταιρεÃƒÆ’Ã…Â½Ãƒâ€šÃ‚Â¯α ΑθηνÃƒÆ’Ã‚ÂÂÃƒâ€šÃ…Â½ν), which had also played a significant role during an epoch of scientific reforms [5,6].

Theodoros Aretaios was a huge admirer of the ancient Greek and Byzantine medical achievements. Above all he had studied the life and work of the pioneering Greek surgeon Aretaeus of Kappadocia (late 2nd or 4th century AD). Aretaeus created a medical cast dedicated to anatomy, physiology and innovative surgical procedures that remained unsurpassed until the mid of 19th century [7,8]. Originally, Theodoros was named Konstantinidis, but most probably due to his affection towards Aretaeus and his lineage from Smyrna (Asia Minor), chose the name of Theodoros Aretaios (Greek: ΘεÃƒÆ’Ã‚ÂÂÃƒâ€šÃ…Â½δορος ΑρεταÃƒÆ’Ã…Â½Ãƒâ€šÃ‚Â¯ος) after a royal degree and the permission of the king [9].

Theodoros Aretaios was born in August 2nd 1829, in the city of Nauplion (Greek: ΝαÃƒÆ’Ã‚ÂÂÃƒâ€šÃ‚ÂÂπλιο) (Figure 2). He was firstly move to Athens to be educated, achieving to enter University's Medical School. After a period of 3 distinctive years, he was transferred to the Medical School of Berlin, where he graduated with honors, having supported his doctoral thesis in 1851. He was then travelled to Wien and Paris for further specialization. In 1856, he had returned to his homeland to be directly appointed in the Astycliniki (Greek: ΑστυκλινικÃƒÆ’Ã…Â½Ãƒâ€šÃ‚Â®), a medical and charity institution in Athens. He had been soon distinguished due to his extensive education and exceptional skills and in 1863, he was appointed as the Professor of the Artistic Anatomy and Epidesmologia in the Athenian School of Medicine. Almost simultaneously, he was elected as a Lecturer (Greek: υφηγητÃƒÆ’Ã…Â½Ãƒâ€šÃ‚Â®ς) on Surgery; then in 1864, Assistant Professor (Greek: ÃƒÆ’Ã…Â½Ãƒâ€šÃ‚Â­κτακτος); and in 1870, a regular Professor of Surgery [1,10-12].

Figure 2: The city of Nauplion, photo by the Archives of the Argoliki Library of History and Civilisation.

During 1860-1861, Aretaios was a member of the "Athenian Medical Society", Editor-in-chief of the medical journal "Asclepios", and the head physician of the surgical clinic of the "Elpis (Greek: ΕλπÃƒÆ’Ã…Â½Ãƒâ€šÃ‚Â¯ς, meaning hope) Hospital". In 1873 he was elected as a Dean and in 1879, he was elected as the Rector of the National and Kapodistrian University of Athens. To honor his appointment, he gave an extraordinary speech on the "Achievements of the surgery during the last decades". He had remained as a Senator of the University during almost his entire career. He was the officially appointed professor to discuss all medical matters with the medical universities of Italy to strengthen scientific bonds, especially with the University of Bologna (Greek: ΒονωνÃƒÆ’Ã…Â½Ãƒâ€šÃ‚Â¯α). He was highly decorated from the Hellenic state with the Medal of Taxiarchon (Greek: ΜετÃƒÆ’Ã…Â½Ãƒâ€šÃ‚Â¬λλιο ΤαξιαρχÃƒÆ’Ã‚ÂÂÃƒâ€šÃ…Â½ν) and during the same time, he had received a series of medals from the University of Bologna and other foreign states and institutes (Figure 3) [1,10-13].

Figure 3: Theodoros Aretaios with his medals [13].

Aretaios was the writer of a substantial number of medical manuscripts and treatises. The most important of them were, "Report on the earthquake and its consequences in 1858, Corinth" (1860), "Applied electro-caustic method in surgery" (1860-1861), "Surgery of the Greeks" (History of Surgery 1864), "Ischemia Treatment" (1860-1861), "Surgery Analects", "Ekzema Pathology and Treatment” (1855), “Scientific schools and therapeutic institution in Italy” (1888) [10,11,13-16]. His surgical skills were considered unparalleled, attaching an international fame, allowing him to became a worldwide recognized medical figure in surgery. He was very fond on operating cancerous tumors, both superficial and visceral [1]. Common people from all around Greece were visiting him to find a cure. Gynecology and obstetrics were also included in his interests, as well as general traumas needed a surgical intervention and otorhinolaryngology. He was famous for his speed and precision inside his operating theatre [11]. Due to his ability to socialize with foreigners, he was Greece's representative in a series of international medical congresses [1].

The first pediatric tracheotomy due to laryngeal diphtheria in modern Greece

Diphtheria is a mostly acute toxin-mediated disease. Corynebacterium diphtheriae usually remain in the superficial layers of skin lesions and/or respiratory mucosa and induces local inflammatory reaction. Underlying tissue of the throat and neck becomes edematous, while lymphadenopathy develops. The degree of local extension of the disease directly correlates with profound prostration, bull-neck appearance and fatality from airway compromise or toxin-mediated complications. Membrane formation begins after 2 days to 5 days incubation period and grows to involve in the pharyngeal walls, tonsils, uvula and soft palate. In some cases, the membrane may extend to the larynx and trachea, causing airway obstruction and eventual suffocation. In 2013, 4,700 cases were officially reported, down from nearly 100,000 during 1980. It is believed, however, that about a million cases occurred per year before the 1980s causing a significant number of deaths among pediatric population [17]. Aretaios lived in an era when ignorance, hesitation towards modern medicine, poverty and lack of experienced surgeons lead to the death of thousands of children in the Hellenic territory. In 1862, Georgios Symvoulides [18] (Figure 4), head physician and surgeon of the Russian army, send a letter to the "Athenian Medical Society", presenting three cases of children with laryngeal diphtheria, who were surgically operated and saved. He noted, "Croup disease rampart children in Greece... I am not sure if tracheotomy is applied. Anyway, I judge the usefulness of the publication of this series, so that Greek physicians could scientifically suggest to the parents to operate their children, in order to avoid the suffocation threatening. Tracheotomy itself is unable to bring danger and always free the sufferer of suffocation and often saves the life from the real risk".

Aretaios, distinguished member of the Society, read the letter and remembered the first surgical operation of the diphtheric membranes, practiced by his beloved colleague, Areateus of Cappadocia [19]. Aretaios was destined to be the first modern Greek surgeon to perform such an operation, combined with a tracheotomy. In 1864, two years after Symvoulides' advice and having been trained mostly in adults, he had announced the first successful pediatric operation in Greece [6,20,21].

Aretaios and his beloved wife Eleni (Figure 5), decided to leave a bequest for the Athenian University. They did not have any offspring, so that they had decided in their will "to adopt a small part of the National University of Athens" (Figure 6). Aretaios' first term was to build a surgical and gynecological clinic of 45 beds to 50 beds and named as "Theodoros and Eleni Aretaios". Thus, the first surgical clinic of the Athenian University was built in the center of Athens and named in his memory as "Aretaieion Hospital", an institution still in the first line of the Hellenic National Health System (Figure 7). A sum of 1000 drachmas (Greek currency at the era) was too granted yearly to the "Athenian Academy of Sciences". Since the establishment of award in his name, year few new physicians were financially supported [1,11,22-24].

Figure 6: Theodoros Aretaios' portrait, late 19th century, National and Kapodistrian University of Athens (left side). Aretaios' will, Archives of the Aretaieion Hospital of Athens (right side).

"Aretaios, a true worshiper of the Asclepios art, died, black flag waving in the pediment of the central building of the Athenian University... the Hellenic science is now orphan. It cannot derive any more knowledge from Aretaios... one of the few is dead, always remembered" [11]. With these words the newly founded Hellenic state stigmatized a huge loss. Aretaios' importance for the university was paramount concerning the surgical department. His image quickly promoted Greek surgery to a specialty with international recognized capacity. Theodoros, even changed his name to dignify his ancient ancestors. He had performed advanced operations and he finally died on March 24th 1893, due to bladder cancer, a disease in which he was especially interested, and which he had in many cases succeeded in relieving by operation [1]. Theodoros Konstantinidis Aretaios was the most eminent surgeon of his era. His legacy remains still intact for the new physicians to understand his enormous contribution both in medicine and charity.