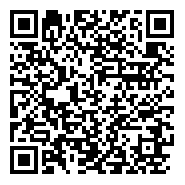 Incidence rates of thyroid cancer have increased substantially worldwide in the past several decades. Thus, diseases of the thyroid gland and their treatment remain one of the most interesting and dynamic areas of study in medicine [1]. This chapter presents a clear and concise description of current thought and practice concerning the surgical treatment of thyroid diseases. Sections within this chapter include normal and abnormal anatomy and embryology of the thyroid and surrounding neck structures indications for operation of benign lesions of this gland diagnosis of thyroid nodules, stressing the use of fine needle aspiration with cytologic analysis preparation for operation and care of patients with Graves’ disease surgical approaches for treatment of the different types of thyroid cancer operative techniques for thyroidectomy including descriptions of standard open, minimally invasive, endoscopic, robotic and transoral approaches complications of thyroidectomy and their treatment and developmental abnormalities of the thyroid and their treatment [2]. This chapter offers information for physicians and endocrinologists, as well as for surgeons.

Thyroidectomy is the surgical removal of all or part of your thyroid gland. Your thyroid is a butterfly-shaped gland located at the base of your neck. It produces hormones that control every aspect of your metabolism, from your heart rate to how quickly you burn calories [3].

Thyroidectomy is used to treat thyroid disorders, such as cancer, noncancerous enlargement of the thyroid (goiter) and overactive thyroid (hyperthyroidism).

Thyroidectomy is a well-described procedure used to excise the thyroid gland. It is a common procedure in modern medicine and may be used to treat malignancy, benign disease, or hormonal disease that is not responsive to medical management. The delicate anatomy of the anterior neck, the critical nature of adjacent structures, and tight working spaces make thyroidectomy a challenging procedure to perform safely and effectively [4]. Thyroidectomy, as a procedure, has developed as the anatomic understanding and surgical approaches have evolved. In the 1870s, Billroth and Kocher pioneered the classic thyroidectomy and reported a mortality rate of 8%, a significant success at the time. By the time Theodor Kocher was awarded the Nobel Prize in 1909, mortality rates had fallen to less than 1% for his development of the surgery [5]. While the general tenets of the surgery have remained the same, improvements in technique, diagnostics, understanding of relative anatomy, anesthesia techniques, and technology have allowed thyroidectomies to become a standard, effective, and safe procedure throughout most of the world with a mortality far, far, below that landmark 1% from Kocher's time [6].

The extirpation of the thyroid gland…typifies, perhaps better than any operation, the supreme triumph of the surgeon’s art…. A feat which today can be accomplished by any competent operator without danger of mishap and which was conceived more than one thousand years ago…. There are operations today more delicate and perhaps more difficult…. But is there any operative problem propounded so long ago and attacked by so many…which has yielded results as bountiful and so adequate? Dr. William S. Halsted, 1920 [7]. Modern thyroid surgery, as we know it today, began in the 1860s in Vienna with the school of Billroth. The mortality associated with thyroidectomy was high, recurrent laryngeal nerve injuries were common, and tetany was thought to be caused by “hysteria.” The parathyroid glands in humans were not discovered until 1880 by Sandstrom, and the fact that hypocalcemia was the definitive cause of tetany was not wholly accepted until several decades into the twentieth century [8]. Kocher, a master thyroid surgeon who operated in the late nineteenth and early twentieth centuries in Bern, practiced meticulous surgical technique and greatly reduced the mortality and operative morbidity of thyroidectomy for goite. He described “cachexia strumipriva” in patient’s years after thyroidectomy. Kocher recognized that this dreaded syndrome developed only in patients who had total thyroidectomy. As a result, he stopped performing total resection of the thyroid. We now know that cachexia strumipriva was surgical hypothyroidism. Kocher received the Nobel Prize for his contributions to thyroid surgery and for this very important contribution, which proved beyond a doubt the physiologic importance of the thyroid gland [9].

By 1920, advances in thyroid surgery had reached the point that Halsted referred to this operation as a “feat which today can be accomplished by any competent operator without danger of mishap”. Unfortunately, decades later, complications still occur. In the best of hands, however, thyroid surgery can be performed today with a mortality that varies little from the risk of general anesthesia alone, as well as with low morbidity [10].

The thyroid (which means “shield”) gland is composed of two lobes connected by an isthmus that lies on the trachea approximately at the level of the second tracheal ring. The gland is enveloped by the deep cervical fascia and is attached firmly to the trachea by the ligament of Berry. Each lobe resides in a bed between the trachea and larynx medially and the carotid sheath and sternocleidomastoid muscles laterally. The strap muscles are anterior to the thyroid lobes, and the parathyroid glands and recurrent laryngeal nerves are associated with the posterior surface of each lobe. A pyramidal lobe is often present. This structure is a long, narrow projection of thyroid tissue extending upward from the isthmus and lying on the surface of the thyroid cartilage. It represents a vestige of the embryonic thyroglossal duct, and it often becomes palpable in cases of thyroiditis or Graves’ disease. The normal thyroid varies in size in different parts of the world, depending on the iodine content in the diet. In the United States it weighs approximately 15 grams.

The thyroid has an abundant blood supply. The arterial supply to each thyroid lobe is two-fold. The superior thyroid artery arises from the external carotid artery on each side and descends several centimeters in the neck to reach the upper pole of each thyroid lobe, where it branches. The inferior thyroid artery, each of which arises from the thyrocervical trunk of the subclavian artery, crosses beneath the carotid sheath and enters the lower or midpart of each thyroid lobe. The thyroidea ima is sometimes present; it arises from the arch of the aorta and enters the thyroid in the midline. A venous plexus forms under the thyroid capsule. Each lobe is drained by the superior thyroid vein at the upper pole, which flows into the internal jugular vein; and by the middle thyroid vein at the middle part of the lobe, which enters either the internaljugular or the innominate vein. Arising from each lower pole is the inferior thyroid vein, which drains directly into the innominate vein.

Thyroidectomy is an important surgical procedure with highquality evidence for the management of benign and malignant thyroid disease. Due to the close proximity of several critical anatomic structures, safe thyroidectomy requires detailed anatomic knowledge and careful patient selection is paramount. Rates of thyroid nodule detection are rapidly increasing worldwide. The majority of nodules are incidentally found, asymptomatic, and represent benign disease. They are palpable in 1-5% of patients, but clinically appreciable on imaging in at least 19% of the general population. Of the 7-15% of nodules that do represent malignancy, greater than 90% represent differentiated thyroid carcinoma, which has excellent survival outcomes. As such, optimal management of the thyroid nodule is a topic of significant debate. Furthermore, there are many available treatment options and protocols, which include observation, serial imaging, hemithyroidectomy, and total thyroidectomy. On this basis, optimal management of thyroid nodules is a complex topic that requires understanding the latest guidelines. Preoperative workup must be thorough with an emphasis placed on shared decision making with the patient and understanding of the latest surgical guidelines. Workup should include imaging, laboratory workup, tissue sampling, and possibly the use of molecular markers to stratify the risk of the disease process. Additionally, a comprehensive team of providers, including a surgeon, endocrinologist, pathologist, and radiologist, should be involved in the care of the patient. The teams should work together to perform the pre-operative workup and postoperative management, including the use of hormone replacement therapy and radioactive iodine ablation when indicated. Once the teams have coordinated their efforts, their findings should be discussed with the patient with potential treatment options presented. Patients may ultimately have to rely upon their own value system and preferences in deciding between an upfront total thyroidectomy vs. a hemithyroidectomy with the possibility of completion thyroidectomy depending on final pathology. Taken together, the care of the patient with a thyroid nodule is complex and multi-disciplinary in nature, reliant upon shared decision making, and requires a thorough understanding of the literature.