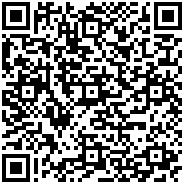 Background: The Sphenopalatine ganglion (SPG), a parasympathetic ganglion in the pterygopalatine fossa, is involved in the activation of trigemino autonomic reflex, a pathway responsible for the symptoms of migraine and other primary headaches. Excessive touchiness of the SPG might be answerable for the raising aggravation and rehashed assaults in headache. Hindering the Sphenopalatine ganglion might bring about cutting short of an intense headache assault as well as decline the recurrence of resulting assaults by diminishing extreme touchiness of the SPG.

Method: An open, prospective interventional study was planned on 42 patients who fulfilled ICHD3 beta criteria of Migraine. A single, bilateral transnasal Sphenopalatine ganglion block was administered to patients with moderate to severe headache, using cotton tip applicator soaked with 4% lidocaine. VAS (Visual Analog Scale) was recorded before the procedure and 15 minutes, 2 hours and 24 hours after the procedure. The frequency of headache before and after a single SPG block was also noted. Statistical Analysis was performed using SPSS software version 23.0. P value of <0.05 was considered significant.

Conclusion: A solitary trans nasal Sphenopalatine block is a compelling, painless approach to cutting short an intense episode of headache alongside causing a decline in recurrence of additional assaults for upto a month.

Headache is a persistent migraine problem with a complex vascular etiology. The episodes are incapacitating and repetitive requiring unsuccessful as well as prophylactic treatment. In spite of a horde of medications accessible to treat headache, there is a subset of patients who don't get sufficient help or have unmanageable symptoms of prescriptions. It is in the subset of patients, torment easing mediations assume a significant part. The pathogenesis of headache is neurovascular in beginning and incorporates an overstated trigemino autonomic reflex which is intervened through the Sphenopalatine (SPG), otic and carotid ganglia [1]. The unique position of SPG in the Pterygopalatine fossa, its multiple neural connections to sensory and autonomic systems involved in pain generation and propagation, along with the associated autonomic manifestations seen in many primary headache and facial pain syndromes, makes it a promising target for the treatment of conditions like atypical facial pain, primary headaches and autonomic cephalalgias [2]. Hindrance of parasympathetic outpouring from the SPG causes diminished actuation of perivascular torment receptors in the cranial and meningeal veins, with resultant decrease in the arrival of neuro‐inflammatorymediators (acetylcholine, nitric oxide, vasoactive digestive peptide, substance P, and calcitonin gene‐related peptide) from tactile filaments providing the cranial and meningeal vasculature. This, thus, decreases torment power and intracranial extreme touchiness saw in headache [3].

This open uncontrolled imminent review was directed in the torment division of Department of Anesthesiology and Department of Neurology of our Institute after moral endorsement by the Institutes' Review Board. The span of direct of the review was from January 2019 to January 2020. All patients in the age gathering of 20 to 55 years with a background marked by one-sided migraine were screened and were incorporated solely after their composed informed assent [4].

Patients of one or the other sex in 20 to 55 years age bunch who had history of one-sided cerebral pain for beyond what a half year, that could fit in the ICHD 3 beta standards of headache, who were not answering unsuccessful torment prescriptions and had a recurrence of in excess of 10 migraine episodes each month were remembered for the review [5]. Patients with a background marked by drug abuse cerebral pain, loss of cognizance, a recorded space possessing sore in the cerebrum or skull base break, epilepsy, hypertension, issues of coagulopathy, polyarteritis nodosa, Takayasu's arteritis were completely rejected from the review. The patients who were adversely affected by lidocaine and patients who had taken any agony drug in the previous 2 hours were likewise prohibited from the review.

An itemized history taking and assessment was finished in totally chosen patients and pre technique complete blood count, liver capability and renal capability tests were finished. The CT head was likewise finished to preclude any intracranial pathology. All patients were told to reach us when they had an intense beginning of the migraine and to come to the clinic without taking any fruitless agony meds. On show, patients were brought to the post employable ward. Their pulse, circulatory strain and oxygen immersion were observed. Temperature of the facial skin was estimated by joining a temperature test to the skin of the face [6]. Patients were made to lie supine in the bed with a thin pillow under the shoulder to extend the neck taking care that the bridge of the nose is below the level of the neck. A cotton tip applicator soaked with 1 ml of 4% lidocaine was inserted in both nostrils till it met with resistance at reaching the posterior lateral nasal space (middle turbinate). The swab was left in place for about 5 minutes and then removed. The position was maintained for another 10 minutes. Patients were asked to swallow any liquid trickling into the throat during the procedure. A rise in facial skin temperature by 1-2 degrees was noted and was considered as a marker of an effective block.

Method of measurement of outcome: The parameters assessed were pain and patient satisfaction. Visual Analog Scale (VAS) was explained to the patients on pre procedural visit. It was described as a 10 cm line with marks at 1 cm and the patient was asked to put a mark according to his pain intensity. 0 cm being no pain and 10 cm being worst imaginable pain [7]. The VAS was recorded before the procedure, then post procedure at 15 minutes and 2 hours, after which patients were sent home. The pain intensity was assessed telephonically at 24 hours and then again at 1 week and one month after the block to note any decrease in frequency of episodes. Patient satisfaction as percentage was used to assess the satisfaction of the patient with the procedure.

A sum of 83 patients with one-sided migraine were evaluated for the review, out of which 42 met the review measures and agreed to take part. Nonetheless, information could be gathered for 30 patients just as the other patients were lost to follow up and didn't turn up for the block with the review time frame [8]. Of the 30 patients who received the Sphenopalatine ganglion block, all patients reported immediate relief in acute pain and all were followed up for 1 month. The mean age of the patients suffering from migraine was 30.9 ± 8.53 (20 to 41 years) and the mean duration of illness was 33.40 ± 15.89 months (6 months to 90 months). Our study subjects were both males and females, with females constituting 80% (24 females and 6 males) of the study population.

The parameters assessed were the heart rate, blood pressure, oxygen saturation (by pulse oximetry) and the pain score (by VAS). The baseline mean VAS of our study population was 6.53 ± 1.01. This value decreases to 2.26 ± 0.69, and this change was statistically significant (p<0.001) [9-12]. This further decreased to a mean value of 1.36 ± 0.66 after 2 hours and remained at 1.46 ± 0.63 after 24 hours. All these are highly significant changes when compared to the baseline. The average no of episodes of headache experienced by our study group before the procedure was 10.33 ± 2.84, which decreased to 7.90 ± 2.38 in the month following the procedure. This decrease was also statistically significant (p<0.001). Twenty three patients had the first episode of headache in the second week and 7 patients in the third week post block [13].

There was no significant change in blood pressure, heart rate or pulse oximeter reading during or after the procedure.

All patients complained of numbness in the throat post procedure. There was no other adverse effect noted during or after the procedure.

Recent theories of migraine pathogenesis emphasize that it is a disorder of the dysfunction of brainstem centers regulating the pain perception and vascular tone of cerebral blood vessels [14]. The increase in CGRP during acute attacks of migraine, its presence in the trigeminal nerves is the evidence in favour of neurovascular theory of migraine [15]. The trigemino vascular framework has associations with the trigemino autonomic reflex, the afferent of which is by means of trigeminal nerve and efferent is through more noteworthy petrosal part of facial nerve (parasympathetic outpouring) through the prevalent salivatory core (SSN) and into sphenopalatine ganglion (SPG) [12]. Blocking the Sphenopalatine ganglion that is connected to the maxillary nerve, the deep petrosal nerve (sympathetic) and the greater petrosal nerve (parasympathetic), may prevent the activation of the trigeminovascular system by blocking the trigemino autonomic reflex [16,17]. This is the rationale for the use of SPG block in various headaches specially the trigeminal autonomic cephalalgias [18]. This planned uncontrolled review saw that a solitary transnasal SPG block utilizing the q-tip plunged in 4% lidocaine is a compelling and safe treatment of intense headache cerebral pains. Most patients detailed a decline in torment force in something like 5 minutes of use of the block. There was a fast help in cerebral pain saw at 15 minutes and 2 hours post block and the impact was supported for over 24 hours after the methodology. Most patients were fulfilled by the system and detailed a decent generally reaction.

Various studies have shown the effectiveness of SPG block with different drugs and approaches [9,10,16,17]. To the best of our knowledge this is the first study on Indian subjects.

All our study subjects had pain relief after the block. Kudrow, et al. conducted a similar uncontrolled study in migraine patients but only 50% their patients had pain relief [5]. Their success rate was different from ours because they used 0.3 ml lidocaine and instilled it using a dropper into the nose in the sitting position and so the drug may not have reached the SPG. The effectiveness of the block in our patients was confirmed by the change in the temperature of the facial skin. Schaffer, et al. in a randomized, double‐blind, placebo controlled trial with intranasal bupivacaine in acute frontal headache patients presenting to the emergency department, found that the group receiving bupivacaine had 50% reduction in pain at 15 mins which was the same as in the placebo group [6]. This finding is different from ours perhaps because of their use of bupivacaine which has slower onset time as compared to lidocaine and also because they discharged their patients after 15 minutes of administration of block.

There was a decrease in frequency of migraneous headaches after a single injection of Lidocaine into the SPG in our study. A placebo‐controlled study with repeated intranasal 0.5% bupivacaine using a specialized device to block the SPG revealed that there was an immediate pain relief as well as a decrease in the frequency of attacks at 6 months [9,10]. Literature is sparse regarding how frequently should the SPG block be given to decrease the frequency of attacks. Since most of our patients had no acute headache attacks up to a week after the block, we suggest weekly SPG block, for effectiveness. However this has to be supported by further randomized controlled studies.

This study concludes that a Single trans nasal Sphenopalatine block using a cotton tip applicator is an effective, non-invasive, easy and economical way of aborting an acute episode of migraine with minimal side effects and also decreases the frequency of further attacks upto one month.