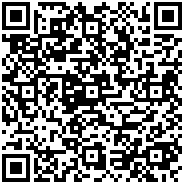 Endometriosis is a benign disease, which affects about 10% of reproductive age women and almost 50% of infertile women. Although every year at least 300 new articles deal with this topic, endometriosis is still a enigmatic disease starting with theories of etiopathogenesis where there is still no consensus about the major cause of endometriosis. Also there is still no consensus about the management of the disease, mainly when there is an infertile patient who is preparing for in vitro fertilization procedure.

Endometriosis happens when tissue that is similar to the tissue that lines the woman's uterus, grows outside of the uterus. This tissue acts like regular uterine tissue does during your period: It will break apart and bleed at the end of the cycle. But this blood has nowhere to go. Surrounding areas may become inflamed or swollen. You might have scar tissue and lesions [1]. A recent meta-analysis of 10 RCTs showed that Laparoscopic surgery was associated with decreased overall pain (measured as 'pain better or improved') compared with diagnostic laparoscopy, both at six months (odds ratio (OR) 6.58, 95% CI 3.31 to 13.10) and at 12 months (OR 10.00, 95% CI 3.21 to 31.17) [2]. Following successful procedures, the issue of disease recurrence or re-exacerbation can be high. In a study of 2–5 yr follow up, 33% of women required further surgical intervention; women who had more severe disease were more likely to require repeat procedures. In a retrospective study over 10 yrs and 486 laparoscopic cases for endometriosis, 51% of women required repeat procedures. Risk of re-operation was increased with presence of endometriosis on ovary, adhesions in the pouch of Douglas, bowel, fallopian tubes or ovaries. Women who presented for surgery at an age less than 30 were significantly more likely to have a repeat procedure than woman > 30. Repeat procedures were lowest amongst women greater than 44. The discrepancy in age could be due to the fact that older patients are closer in age to menopause at time of procedure and experience a natural decline in oestrogens production alleviating symptoms. This also lends to the idea that more pronounced disease is seen in younger reproductive aged women. In a conflicting study, 163 patients in a private practice setting, with histologically confirmed endometriosis on previous laparoscopy had a re-operation rate of 20%. Of those patients undergoing re-operation, biopsy confirmed diagnosis of endometriosis was only seen in 40.62 % of cases. This decrease in re-operation rate could be due to decreased numbers of advanced stage disease compared to studies done at tertiary care centers. The observance of continued pelvic pain with despite no histologic evidence of disease shows that CPP can be present without recurrence of disease [3].

There are three main types of endometriosis, based on where it is:

Superficial peritoneal lesion: This is the most common kind. You have lesions on your peritoneum, a thin film that lines your pelvic cavity.

Deeply infiltrating endometriosis: This type grows under your peritoneum and can involve organs near your uterus, such as your bowels or bladder. About 1% to 5% of women with endometriosis have it.

Some women call the pain from endometriosis “killer cramps” because it can be severe enough to stop you in your tracks. For many, it gets worse as they get older [4].

Other endometriosis symptoms include:

Very long or heavy periods, Severe cramps, Severe migraines or lower back pain during your period, Pain when you poop or pee, Allergies that gets worse around your period, Vaginal bleeding between periods, Blood in your urine or from your rectum, Fatigue, Nausea, Diarrheal or constipation, Bloating, Trouble getting pregnant.

Researchers don't know why or how endometrial tissue reaches other parts of the body. But there are some trends. Endometriosis tends to run in families. Endometriosis occurs more often in women who have short menstrual cycles or a longer-than-normal flow: Women who have fewer than 25 days between periods or who menstruate for more than 7 days are twice as likely to develop endometriosis [5, 6]. And dioxin, an industrial chemical, may be a cause. How the disease causes infertility also is unclear. Some researchers think endometriosis tissue upsets the process of ovulation. The tissue may also block eggs from moving through the

Fallopian tubes: Others think that the tissue makes chemicals that interfere with fertilization. But more study is needed to provide answers.

Learning how to manage your symptoms can make it easier to live with endometriosis.

2. Severity of your symptoms

3. Severity of the disease

Excision: Excision removes endometrial implants by cutting them away from the surrounding tissue with scissors, a very fine heat gun or a laser beam. The technique does not damage the implants, so the gynaecologist is able to send a biopsy of the excised tissue to the pathologist to confirm that it is endometriosis and not cancer or another condition [6, 7]. Excision allows the gynaecologist to separate the implants from the surrounding tissue, thus ensuring that the entire implant is removed and no endometrial tissue is left.

Coagulation: Coagulation destroys implants by burning them with a fine heat gun or vaporising them with a laser beam. When coagulating implants, care must be taken to ensure that the entire implant is destroyed, so it cannot regrow [8]. Care must also be taken to ensure that only the implant is destroyed, and no underlying tissue, such as the bowel, bladder or ureter, is damaged. The possibility of accidentally damaging the underlying tissue means that most gynaecologists are wary of using coagulation on implants that lie over vital organs, such as the bowel and large blood vessels [9, 10].

It has been stated that ‘the definitive treatment of endometriosis is simple: surgical eradication’ and that ‘the success of surgical treatment is best assessed by determining how much disease, if any, remains after operative interventions’. On the other hand, it has been considered that ‘increasingly, the focus has been on using research outcomes that matter to patients’ and that ‘patient oriented outcomes of relief of pain and pregnancy rate are the outcomes considered to make a difference to the daily lives of women with endometriosis. In the past two decades, it became progressively evident that the overall ‘amount’ of disease is not correlated neither with frequency and severity of symptoms nor with long-term prognosis in terms of conceptions and pain recurrences. Furthermore, effective pharmacological alternatives have been developed

To deal with a chronic inflammatory disease, such as endometriosis, that needs drug modulation for years, and not only for a few months. Accordingly, a more pragmatic approach to the treatment of symptomatic endometriosis gradually developed, focused more on the woman’s needs than on the extension of ectopic foci (Vercellini et al., 2003a). In other words, the problems of patients with endometriosis are disease-related symptoms and not implants per se, and treatments should be centred on resolution of complaints, independently of a priori excision of lesions.