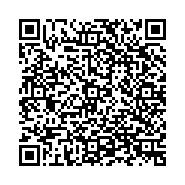 80% of the world's population relies on herbal medications, which are more secure than traditional medicines. Research has recently concentrated on finding new treatments from herbal remedies or botanical sources because conventional medications are expensive and have dangerous adverse effects. Alkaloids, terpenoids, and phenolic chemicals, which are secondary metabolites of plant metabolism, have been the source of the bulk of novel herbal medicines. In order to create novel medications and other goods, just a small portion of the enormous diversity of plant metabolism has been studied thus far [1-3]. The rapid identification of previously unidentified metabolic pathways and enzymes may be facilitated by the introduction of new herbal genomics research, the medicinal plant genomics consortium, and other omics information advancements. For the most part, plant-based remedies have been employed for more than 5000 years in traditional herbal therapy. When individuals first discovered that herbs had medical characteristics, they did not consider the scientific data, the philosophical and experimental underpinnings, the molecules responsible for the medicinal value, and of course the currently developing field of herbal genomics. The high expense of new medications, increased side effects, germ resistance, and the absence of effective treatments for many chronic conditions are the main causes of ongoing and renewed public interest in alternative and complementary medicine. Countries like India, China, Korea, and Japan are currently taking the lead and spending continuously in research on traditional treatments that are backed by scientific data as well as the validation of fundamental concepts. China, a global leader in traditional medicine, has effectively marketed its own therapies using a science-based methodology, as seen by the sharp rise in the number of licenced Chinese medicine practitioners in the United States [4,5]. India is also getting ready, and Ayurveda, the traditional Indian medicine, has seen a sharp increase in recognition worldwide. 2500 of the 21,000 medical plant species classified by the World Health Organization are found in India, which is currently recognised as the world's largest producer of medicinal herbs. Global statistics reveal that 80% of the world's population primarily uses plant medicines and ethnobotanical treatments, such as the anticancer drugs camptothecin and Taxol, the antimalarial drugs artemisinin and quinine, the antigout medicine colchicine, the analgesics codeine and morphine, the cardiac depressant quinidine, the antidiabetic allicin, and the stimulants caffeine and nicotine for brain functions. Even though there were nearly 100 plant-derived compounds undergoing clinical trials as of late 2007, plant-derived natural products continue to be valuable sources for drug development. However, the clinical potential of these compounds is frequently limited by low levels of production in plant species or by a lack of sources to prevent extinction. Because the main source, yew tree bark, could not be used as a sustainable source of the medicine, use of the popular drug Taxol nearly came to an end in the early 1990s [6-9]. A taxol precursor and a semi-synthetic protocol could have been the ideal way to convert it into the active drug. Given the tremendous chemical diversity of the plant kingdom and the broad medical benefits of naturally occurring chemicals generated from plants, researchers are now concentrating on the little understood aspects of herbs, such as their genetic makeup, agricultural features, and medicinal worth. A new field termed "herbal genomics" is currently developing as a result of the quick advancements in high throughput sequencing technologies and significantly lower costs. Sequencing, assembling, and annotating the genomes of therapeutic herbs will enable the systematic examination of their genes' activities. Due in part to their intricacy, there have only been a few well-assembled herbal genomes published to date. So it is possible to predict the secondary metabolic pathways of herbs using genomic data along with transcriptomic, proteomic, and metabolomic data. Studies of their metabolic pathways and metabolic diversification in various plant taxa (from algae to angiosperms) may also shed light on the possibility of discovering new, specialised metabolic processes [10]. Some significant observations were made regarding the proliferation of genes that code for certain metabolic processes inside the genome and their physical grouping when compared to their respective principal metabolic counterparts. Early land plants had a higher abundance of basic metabolic reactions like glucose metabolism, while algae had a higher abundance of hormone-related responses and angiosperms had a higher abundance of specialised metabolic reactions (amino acid, carbohydrate and nucleotide metabolism reactions significantly underrepresented in angiosperm).