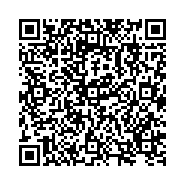 Update and revision of the emergency medicine clerkship curriculum

The most recent edition of a national emergency medicine (EM) clerkship programme was released in 2006. That curriculum has been used in numerous clerkships during the past few years. It was discovered that the prior curriculum was too lengthy and complicated to complete in 4 weeks. A clerkship's framework is governed by the form and function document, which has undergone modifications from the Liaison Committee on Medical Education (LCME). The fourth-year EM clerkship training curricula have been updated and revised using experience, current guidelines, and the combined knowledge of members of the national organisation of the Clerkship Directors in Emergency Medicine (CDEM). Emergency medicine (EM) has steadily gained ground in undergraduate medical education ever since the Macy Report of 1995 highlighted the need for medical students to receive formalized training in handling medical emergencies. As a result of this trend, it became necessary to create a national standard curriculum for EM clerkships [1].

Since then, new and improved versions of this syllabus have been released and distributed to students. The most recent curriculum, which was created in 2006 by agreement among formal educators, serves as a model for clerkship development. Concerns arose during the implementation of the syllabus that it was too extensive to be used in a fourthyear clerkship and did not permit individual institutions to utilize their educational strengths. In addition, formal feedback at Clerkship Directors in Emergency Medicine (CDEM) meetings requested the creation of specific objectives for the core competency and procedural syllabi. The National Institutes of Health (NIH) consensusbuilding model in relation to the 2006 national syllabus served as the foundation for this project's development. The process began when the majority of fourth-year EM clerkships implemented the 2006 syllabus, which was found to be too extensive for a four-week rotation. The syllabus also didn't leave enough time for individual institutions to teach using their departments' strengths [2].

The first CDEM organization was established in 2007.It became the Society for Academic Emergency Medicine (SAEM)'s first academy in 2008.The educational organization known as CDEM is made up of EM clerkship directors and medical student educators.5 CDEM's goal is to help medical students learn more about emergency medicine; to act as a unified voice for educators and clerkship directors; to give people a place to talk, share ideas, and come up with solutions to common problems; to encourage research on undergraduate medical education; to encourage EM clerkship directors and educators to grow professionally and find fulfillment in their careers; and to build connections with other groups that support medical education. At this composition, CDEM has roughly 120 individuals, has portrayal from most of obligatory clerkships, and is the agent body from EM to the Partnership of Clinical Instruction. The formation of this organization made it possible for educators of EM medical students to make a call for collaboration [3].

After the initial syllabus had been implemented by more than half of the mandatory fourth-year clerkships in July 2008 (informal survey, data not shown), CDEM issued a call to all interested members to examine the implementation-related issues. Experts in education, creators of the 2006 syllabus, leaders in CDEM, clerkship directors who implemented the syllabus and creators of the online self-study modules for the EM syllabus made up the current review committee. The committee is made up of representatives from 20 medical schools in Canada and 11 states. The consensus panel's primary objectives were to: The Accreditation Council for Graduate Medical Education (ACGME) core competencies should be used to refine the objectives. Refine the current curriculum's knowledge content. Create procedural syllabus objectives. Determine where the syllabus addresses the Liaison Committee on Medical Education (LCME) requirements [4].

The proposed changes were developed through review, email discussion (continuous), phone conference (every other month), and in-person debate (four times a year at national conferences).All CDEM and SAEM members were welcome to participate in the debates and discussions at the national conferences. Over the course of a single year, this procedure continued. The purpose of these syllabi is to provide educators with a standardized set of core objectives, which should allow for a more uniform didactic experience for EM students nationwide. The education, evaluation, and testing of all EM students will also be more comparable if an improved uniformity of an EM syllabus is implemented. Direct patient contact, simulated patient encounters, or other didactic activities can all be used to expose students to this information. Utilizing unique resources like cadaver labs or simulation centers is encouraged by institutions. This document not only lays out the same goals, but it has also been made so that educational content and teaching methods can be adapted to fit the space and needs of any institution. The proposed syllabus ought to be tailored to the institution's strengths by specific expertise of faculty or departmental resources. A center that specializes in disaster medicine, for instance, might cover blast injuries, while a center that specializes in wilderness medicine might choose to cover altitude sickness instead [5].

The following are some specific changes. Because an obstetrics-gynecology clerkship adequately covers this topic, vaginal bleeding was left out. This list did not include psychiatric illnesses or environmental exposures; rather, they were included under distinct disease entities. To better emphasize the emergent aspects of this complaint, shortness of breath was reclassified as respiratory distress. The technical aspects of airway and arrhythmia management are now covered in the procedures syllabus, and resuscitation was reclassified as cardiac arrest. The syllabus for procedures now includes wound care. Under specific disease entities, weakness and dizziness were moved to the category of neurologic emergencies and reorganized. Vision and eye pain were removed from the syllabus at the clerkship director's discretion. It is presented the updated list of emergent conditions that students should be exposed to during their EM rotation. The students should be able to do the following in each of these presentations: 1) Create a distinction between typical emergent causes; 2) Describe the conventional presentation of emergent causes; and 3) Describe the initial evaluation and management. Data Supplement S1 (available as supporting information in the online version of this paper) contains additional items that were identified as important objectives for some of these emergent patient presentations.