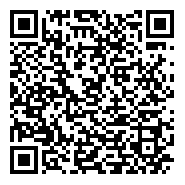 Methicillin-resistant Staphylococcus aureus (MRSA) infections pose a global risk to public health. One of the first-line treatments for MRSA infections is still vancomycin. However, in recent years, isolates of S. aureus that are completely resistant to vancomycin have emerged.

Infections with Methicillin-Resistant Staphylococcus aureus (MRSA) pose a global health threat. Vancomycin is still one of the first-line treatments for MRSA infections. However, S. aureus isolates that are completely resistant to vancomycin have emerged in recent years. Vancomycin-resistant S. aureus (VRSA) is controlled by a vanA gene cluster that was transferred from vancomycin-resistant enterococcus [1]. Since the first VRSA strain was discovered in Michigan, USA, in 2002, 52 strains have been isolated worldwide. The resistance mechanism, characteristics of VRSA infections, and clinical treatments are the most recent areas of VRSA research that we discuss [2, 3].

Vancomycin, a glycopeptide antibiotic, was first used to treat gram-positive bacteria in a clinical setting in 1958. The prevalence of methicillin resistance in coagulase-negative staphylococci and Staphylococcus aureus has resulted in a significant rise in the use of this antibiotic over the past two decades. According to the National Nosocomial Infection Surveillance (NNIS) System's report from December 2000, approximately 75% of coagulasenegative staphylococci and 47% of S. aureus isolates from intensive care units were resistant to methicillin. Vancomycin is still the treatment of choice for these infections [4].

Long before the antibiotic was utilized in clinical settings, vancomycin resistance in Staphylococcus aureus was developed in laboratories. But it was so hard to get this resistance; many people thought it wouldn't happen in a clinical setting. The fact that vancomycin-resistant staphylococci were not identified during the first twenty years of its use only strengthened this assumption. Sadly, this optimism was shaken by the first reports of vancomycin resistance in coagulase-negative staphylococci in 1979 and 1983. Because coagulase-negative staphylococci are typically considered to be relatively virulent, these reports received little attention despite being concerning [5]. In 1997, it was first discovered that S. aureus was less susceptible to vancomycin, and the reaction was very different. This was swiftly followed by comparable reports from other nations, including the United States. Due to their well-known virulence, the medical community has expressed grave concern regarding their isolation, and numerous efforts have been made to prevent their return. Because of its adaptability to host defences and metabolic versatility, Staphylococcus aureus is a successful human pathogen. Skin and soft tissue infections, bacteremia, pneumonia, endocarditis, sepsis, and toxic shock syndrome are just a few of the conditions for which this pathogen is capable of causing lifethreatening conditions [6]. Sadly, there is no approved vaccine for S. aureus infections. Antibiotics are the most effective treatment option for S. aureus infections. However, S. aureus antimicrobial resistance has emerged as a significant threat to public health.

Staphylococcus aureus is well-suited to a variety of environments thanks to its metabolic versatility and pharmic resistance. S. aureus is found on the skin and nasopharyngeal membranes of 25 to 30 present of healthy people. S. aureus is a member of the normal microbiota and does not cause infections in people with normal immune systems [7]. Be that as it may, S. aureus can cause various serious contaminations after attacking the circulation system or inner tissues. S. aureus remains a challenging public health issue due to the emergence and spread of multidrugresistant strains, such as methicillin-resistant S. aureus, which cause a variety of clinical manifestations from relatively benign skin and soft tissue infections to severe and life-threatening systemic diseases.

One of the most prevalent Gram-positive bacteria associated with urinary tract infections (UTIs) is S. aureus. Public health is at risk from these organisms developing antibiotic resistance. Methicillin resistance has increased alarmingly in S. aureus strains, and vancomycin sensitivity has decreased. The susceptibility pattern of S. aureus isolated from UTIs was analysed as part of this investigation. Tobramycin was found to be the most effective treatment for S. aureus isolates in our investigation. The incidence of VRSA has skyrocketed over the course of the past few years. The proportion of vancomycinresistant strains among isolated S. aureus has steadily increased over the past few years, with the initial spike occurring in critical care units before spreading throughout the hospital. This is the conclusion reached by a number of studies. S. aureus has a variety of genotypes and subtypes of resistance, but there is no universal mechanism for its resistance to vancomycin. The data presented above indicate that VRSA isolates exhibit resistance to commonly prescribed antibiotics [8]. This is primarily because of the selective hospital environment and the widespread use of antibiotics. Numerous healthcare professionals have become aware of multiple organisms that are resistant to antibiotics, and antibiotic resistance makes it difficult to treat UTIs. This group is well-suited for broad-spectrum medications that are tailored to local resistance patterns and the most likely cause of the patient's condition [9].

The most common causes of antibiotic-resistant microorganisms are genetic changes and antibiotic-induced selection. Plasmids have been implicated in the development of S. aureus antibiotic resistance. Plasmid-linked resistance is still necessary for pathogenic bacteria. Five VRSA isolates' plasmid-linked resistance patterns were the subject of an investigation. After plasmid isolation, each of these strains had at least one identical plasmid band [10].

Vancomycin has been used in clinical settings for nearly 60 years, making it one of the oldest antibiotics. In 1957, Eli Lilly organic chemist Dr. Kornield isolated vancomycin from Streptomyces orientalis in Borneo's dense jungles. Gram-positive bacteria like Staphylococci, Enterococci, Streptococci, Pneumococci, Listeria, Corynebacterium, and Clostridia can be treated with vancomycin. Currently, vancomycin is mostly used to treat MRSA infections and patients who are allergic to cephalosporins or semisynthetic penicillin.

Vancomycin kills bacteria by stopping them from making their own cell walls in the right way. The cell wall structure that covers the majority of bacterial membranes prevents cells from expanding and contracting as a result of high osmolarity within the cell. The structure of the cell wall, including the peptidoglycan, needs to be expanded during propagation. For decades, vancomycin has been an effective treatment for MRSA infections. It will probably continue to dominate as long as vancomycin resistance is under control and no new antibiotic with better performance is available. Even though there aren't many cases of VRSA infection, it could still be harmful to public health. Concentrated observation of vancomycin-obstruction, appropriate utilization of anti-microbial, and adherence to disease control rules in medical services settings are fundamental for forestalling development and dispersal of VRSA strains.

Infection control concerns regarding the spread of vancomycinresistant staphylococci have received a lot of attention due to the epidemiological significance of vancomycin resistance. Given the rapid spread of vancomycin-resistant enterococci in hospitals worldwide, the infection control community is understandably worried. S. aureus can be passed from one patient to another through a variety of means, including nasal shedding, contact with healthcare workers' hands, and surfaces in the environment. Although less is known about how coagulase-negative staphylococci spread, outbreaks of these bacteria have been well-documented, and it is assumed that they spread in many of the same ways as S. aureus. It is also assumed that vancomycinresistant staphylococci can transmit the same way that sensitive staphylococci can. In fact, a vancomycin-intermediate S. aureus (VISA) outbreak has been reported in a French hospital among patients who had not received any glycopeptide antibiotics and whose primary risk for acquiring the organism was exposure to the environment. In 1997, the CDC's Hospital Infection Control Practices Advisory Committee (HICPAC) published infection control guidelines for all staphylococci with a MIC of vancomycin less than 8 g/ml. These recommendations were made in response to the significant threats to public health posed by the spread of these bacteria. However, there were those who believed that the HICPAC guidelines did not go far enough, and in 1998, a group from the Medical College of Virginia published a more in-depth set of infection control guidelines. These two sets of guidelines' similarities and differences. In addition to the various precautions listed in the table, both groups emphasize that the utilization of vancomycin must be restricted to situations where the CDC's current guidelines deem it appropriate.