Background: Cognitive changes are often reported in Parkinson’s disease (PD). Numerous studies showed that there are changes in the patterns of inflammation when vascular dementia progressed, but the role of inflammation in PD is unknown.

Conclusion: PDD patients had significant higher levels of VCAM-1 than PD, suggesting the serum levels of VCAM-1 may be a useful marker for PDD diagnosis. Future studies are needed to investigate possible association betweenVCAM-1 levels in PDD in larger sample size.

Dementia in neurodegenerative disorders such as Parkinson’s disease (PD) was as an impairment in the structure and function of cerebral blood vessels and associated cells (neurovascular unit), and these effects are mediated by inflammation [1]. Systemic and central immune systems can communicate in the presence of an intact brain blood barrier (BBB). In AD (Alzheimer’s disease), where there is evidence of a breakdown in BBB permeability [2-5], there is an even greater likelihood of communication by means of inflammatory mediators between the CNS and periphery. Some studies showed that plasma levels of inflammatory markers such as Interleukin-6 (IL-6) and high sensitivity Creative protein (hs-CRP) increased in the early stages of PD and in the early stages of Cognitive decline leading to AD [6]. Recently there is an activated research field to an early role for inflammatory processes in disease onset and progression, accumulating research also focuses a more complicated picture, in which pro-inflammatory markers inconsistently and at times inversely relate to cognitive decline. Several large comprehensive studies declared no association between baseline inflammation and future risk of AD or non-AD dementia or have noted no independent effects over and above traditional vascular risk factors [7-9]. Due to the activated primary response of immune system, it has been observed that endothelial dysfunction markers such as soluble inter-cellular adhesion molecule (ICAM-1) and soluble vascular cell adhesion molecule (VCAM-1) increased in neurodegenerative disease [10]. However, other studies have reported no association [11,12] in identifying the diagnostic biomarker in dementia in Parkinson's patients help clinician that select right patients for appropriate treatment. The Present study designed to answer the question whether the inflammatory biomarkers have a suitable power in comparing to vascular biomarkers for diagnosis of dementia in PD, so, we investigate the serum concentration of hs-CRP and IL-6 as representative of systemic inflammation and ICAM-1 and VCAM-1 as vascular biomarkers.

Seventy-five consecutive diagnosed PD patients seen in an outpatient primary care setting who presented movement symptoms were enrolled. PD patients were evaluated by trained neurologists and diagnosed based on the United Kingdom Parkinson's Disease Society Brain Bank Clinical Diagnosis Criteria for Parkinson’s disease. We excluded patients with secondary causes of Parkinsonism (e.g. Wilson’s disease, neuroleptic drug use or psychiatric diseases) [13-15]. PD patients with a cerebrovascular disease or focal neurological signs of cerebral disease were also excluded. None of the subjects included in this study had a recent out- or inpatient history of recent infection, a history of surgery or trauma during the previous month, cardiovascular disease, and use of NSAIDs. Informed consent was obtained from the participants before entering the study. The study was approved by the local ethics committee of Islamic Azad University, Iran.

Dementia was diagnosed by DSM-IV criteria [16] and by Mini-Mental state exam (MMSE) [17] scores adjusted for educational adjustment. In addition, we defined hypertension, diabetes mellitus, hypercholesterolemia, and cigarette smoking based on medical histories to examine relationships between these atherosclerosis risk factors and biomarkers levels. Hypertension was defined as a systolic blood pressure of >140 mmHg, a diastolic blood pressure of >90 mmHg, or the current use of antihypertensive medications. Diabetes mellitus (DM) was defined as a history of a fasting glucose>110 mg/dl or the current use of hypoglycemic agents. Hypercholesterolemia was defined as a total cholesterol concentration of >220 mg/dl or the current use of lipidlowering agents. Cigarette smoking was described as the patient stating any cigarette smoking during the previous 5 years.

Venous blood samples for biomarkers analysis were obtained from all 75 non-fasting subjects. Biomarker levels in PD patients were measured in the morning before antiparkinsonian therapy was administered. The serum samples were obtained within 1 hour of blood sampling by centrifugation at 3,000 rpm for 10 minutes. Serum samples were stored at -70°C until required for laboratory evaluations. Levels of ICAM-1 by Boster biological Technology – Human ICAM-1 ELISA kit, levels of VCAM-1 by Boster Biological Technology- Human VCAM-1 ELISA Kit, levels of hs-CRP by LDN –CRP – high sensitivity Human Elisa kit, levels of IL-6 by Orgenium IL-6 human Elisa kit.

The demographic and baseline clinical features of the PDD patients and PD patients presented in Table 1.

Table 1: Baseline characteristics of all subjects in each group.

There were no significant differences in gender or symptom duration, although PDD patients were older. When evaluating serum levels of hs-CRP and VCAM-1 between PDD and PD after adjustment for age, sex and atherosclerotic risk factors, binary logistic regression analysis demonstrated no significant association between hs-CRP level and dementia in PD (P=0.99), but VCAM-1 has a significant difference between two groups (P =0/04) (Table 2).

Table 2: Cut-off point for VCAM-1, IL-6 and hs-CRP for diagnosis of dementia in Parkinson's disease. 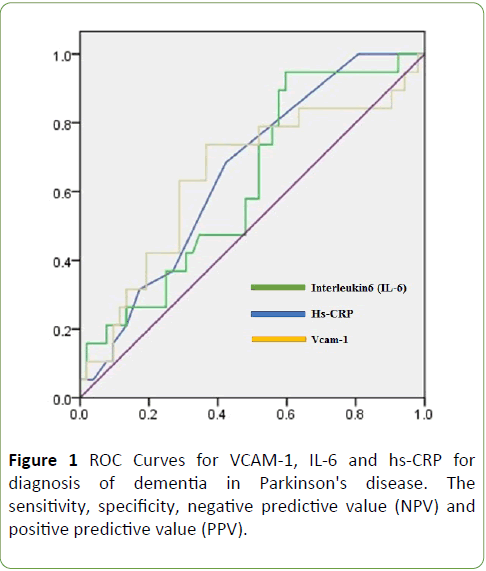 Table 4: hs-CRP and VCAM-1 comparisons between PDD and PD after adjustment for risk factors.

Table 5: Comparison of the clinical profiles by VCAM-1 cut point for the PDD patients.

To answer the question whether the inflammatory biomarkers have suitable power in comparing to vascular biomarkers for diagnosis dementia in Parkinson disease, our first finding that the higher serum levels of VCAM-1 appears to play role in PDD. Serum levels of IL-6, hs-CRP and ICAM-1 did not show any significant differences among PDD and PD. PDD is a multifactorial illness that the vascular pathologic interaction with the neuroinflammatory changes progresses to dementia. More knowledge about the mechanism of dementia in PD result to control modifiable risk factors. Our results proposed VCAM-1 as a modifiable vascular risk factor for PDD. This is supported by Zuliani et al. [2] showed that the levels of VCAM-1 was elevated among Alzheimer's disease than healthy controls, the differences was not statistically significant, while VCAM-1 positively correlated with age (and alcohol consumption and negatively associated with HDL-C levels). The level of VCAM-1 in presence of smoking is significantly increasing in PDD patients. For comparison between mechanisms of dementia in Alzheimer's disease and Vascular dementia, Engelhart et al. showed no changes in the plasma levels of VCAM-1 and ICAM-1 in Dementia, AD and VD [5], also, Hochstrasser did not reveal that VCAM- affected in monocytes of AD and MCI patients [17,18]. ICAM-1 can be induced by different cytokines, such as, e.g. interleukin-1. It has been shown that ICAM-1's plasma levels were increased in AD but another study shown that ICAM-1/CD14 has not changed in MCI and AD [5]. Our study find that the IL-6 level as a proinflammatory cytokine has no significant correlation with PDD, other factors may be involve to induce adhesion molecules in this regard. Kravitz et al. proposed inflammation is typically thought as a risk factor for AD, so, CRP as a systemic inflammatory biomarker was in association with the plaque and tangle pathology in AD brain [19]. Doung et al. showed that the concentrations of CRP similar to those detected in the serum of AD patients are neurotoxic in vitro [20]. CRP may also contribute to atherosclerotic processes used by increase the expression of adhesion molecules such as vascular cell adhesion molecule (VCAM-1) and intercellular adhesion molecule (ICAM-1) in vascular endothelial cells [21-23], the relationship between CRP and atherosclerotic processes which can underlie VD may account for the relationship between this inflammatory marker and VD [24,25].

Previous studies have further suggested that the association between CRP and dementia in VD is stronger than AD [20,26]. While cerebrovascular dysfunction and neurodegeneration exist independently, both conditions can impact cognition, cerebrovascular dysfunction directly impacts dementia, a broad clinical determination for specific impairments. Importantly, global evaluation of vascular pathologies allows for greater attention to prevention of dementia and AD.

Our study has several limitations: (1) the present study is a cross-sectional study; therefore, we cannot draw any conclusions how the markers will change when disease progresses, or in the case of MCI remains stable or reverses. (2) The number of patients in this study is small and the differences are very small. (3) We extracted proteins by sonication of cells, thus we analyzed soluble cytoplasmic proteins. We do not know how membrane-bound proteins are changed. (4) The stability of the protein extracts was not tested. (5) Clinical diagnosis of dementia is made through specific impairments, meaning cognitive testing does not always have the sensitivity to discriminate specific underlying pathological conditions. It seems the serum level of VCAM1 may be a useful marker for diagnosis of PDD, However, it is unclear whether VCAM-1 can predict the risk of progression from mild cognitive impairment to dementia in Parkinson’s disease. The role of blood brain barrier dysregulation mediated by VCAM-1 in progression of Parkinson’s disease with dementia should be investigated in the future.

This research was supported by (Islamic Azad University, Najaf Abad branch, school of medicine, Isfahan, Iran). We thank our colleagues from Esfahan University of medical science and Dr. Rejaly as the head of Shariaty Hospital who provided insight and expertise that greatly assisted the research, although they may not agree with all of the interpretations of this paper. We thank from Professor Roy Alcalay and his research assistant Chris Liong from Columbia University, Neurology Department, and School of medicine for assistance for comments that greatly improved the manuscript. We would also like to show our gratitude to the 3 “anonymous” reviewers for their so-called insights.

We have no conflicts of interest in this study.