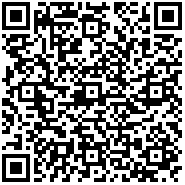 Only two reported cases to date describing vertebral artery dissection following tonic clonic seizure. We report a case of vertebral artery dissection following a tonic clonic seizure in a patient with alcohol withdrawal who presented to the emergency department following his seizure. Patient had focal neurological signs and had an initial CT head which was unremarkable. Subsequently due to persistent neurological deficit patient underwent MRI brain with DWI images which confirmed acute infarction in basilar artery and right posterior cerebral artery territory. Later CT angiogram of aortic arch and the carotid arteries confirmed complete occlusion of right vertebral artery due to dissection.

Arterial dissection is a common cause of stroke in young individuals, but it is not restricted to that age group only [1]. Dissection happens when the arterial wall layers are separated creating a false lumen where blood then sips in. If the dissection is subintimal it occludes the lumen where as if it is sub adventitial, it creates a pseudoaneurysm [2]. The neurological deficits following an intracranial or extracranial arterial dissection is mainly because of subsequent thromboembolism, but it can be due to poor perfusion as well. Trauma of various degrees is considered to be the main factor in case of cranio-cervical artery dissection. There are various conditions including Marfan syndrome and Ehlers-Danlos syndrome which can predispose patients to become prone to have arterial dissection.

A 56-year-old white man with a background history of alcohol dependence and no known vascular risk factors was brought in by ambulance for an episode of tonic clonic seizure that her wife witnessed. This according his wife is the first time he ever had a seizure. He was deliberately trying to cut down on his alcohol consumption but did not follow any guided alcohol withdrawal regimen. Hi daily average consumption of alcohol was roughly 35 to 40 units. He would often get withdrawal symptoms and prior to having the seizure he was having similar symptoms observed by his wife who is also a nurse by profession.

The seizure lasted for approximately three minutes and aborted spontaneously. The ambulance crew found him quite drowsy and he was brought into the hospital. On arrival he had a further episode of tonic clonic seizure which was aborted with a dose of intravenous Lorazepam. Post ictally he remained extremely drowsy and needed a nasopharyngeal airway tube to secure his airways. Systemic enquiry did not reveal any other recent symptoms Such as fever, headache, weakness, visual symptoms and there was no history of any recent head trauma. There was no family history of epilepsy and he personally did not have any such episodes in the past.

He gradually became more alert and a thorough neurological examination was done within the first two hours. His examination findings were as follows:

Heart rate 110 bpm and regular with a blood pressure of 150/90 mm HgP and saturation of 97% on 24% ventury mask. He was also quite diaphoretic. No evidence of any external injury.

His GCS at that time was E4, V4, M6. He had a scanning speech. Cranial nerve examination revealed right sided Internuclear Ophthalmoplegia. Motor power was bilaterally 5/5 both in upper and lower limbs but it showed marked dysmetria mainly on the right-hand side. A sensory examination was difficult and fundoscopy was not performed. His gait was not assessed as it was felt unsafe at that time (Table 1).

Based on these findings provisionally a brainstem acute vascular pathology was suspected. He was immediately sent for a CT scan of his head. Initially the CT head was reported as normal but on further review the report was amended as showing multiple hypodensities in the brainstem (Figure 1) and suggested an urgent MRI brain. Based on these initial CT head findings the patient was initiated on Aspirin 300 mg orally as there was no concern with his swallowing abilities. He later on underwent an MRI brain with DWI images. The MRI brain showed areas of restriction of diffusion in mid brain, pons and right cerebellar hemisphere and right occipital lobe (Figures 2-5). It also suggested flow void in the middle third of the basilar artery. These findings are keeping with a basilar artery and right posterior cerebral artery territory acute infracts and suggested angiographic evaluation. He then underwent CT angiography of aortic arch, carotid and intracranial arteries. 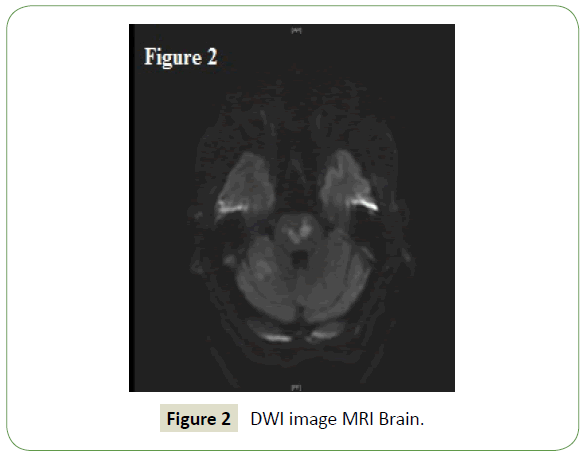 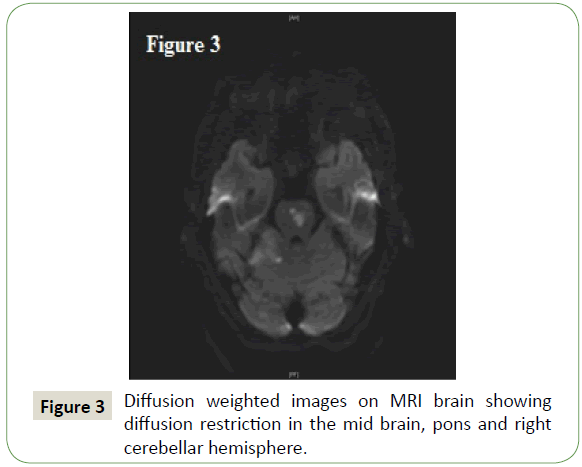 The angiogram showed occluded right vertebral artery with clot extending from its origin to the basilar artery secondary to dissection. The left vertebral artery was patent (Figures 6 and 7). The patient was commenced on oral anticoagulation with warfarin targeting an INR between two and three with a view to continue it for three to six months and subsequently changing to Aspirin. He underwent physiotherapy and was discharged to a rehab hospital with follow up MRI brain and MRA. Throughout his treatment the Acute physicians and the stroke team along with the radiology department worked in close collaboration. The consensus was the hyperextension of the neck during the seizures most possibly caused the dissection of the right vertebral artery leading to subsequent stroke as the areas involved are itself not well known to be epileptogenic. The patient is under the follow up with the stroke physicians.

Although haemorrhagic strokes have a higher incidence of Acute symptomatic seizure both that and post stroke epilepsy are well-known phenomenon in adult patients suffering from ischaemic stroke. If the seizure occurs at presentation or within seven days of the stroke, it is called Early Seizure [3]. There are several multi centre prospective studies looking into the characteristics of the stroke itself that may predispose the patient to have early seizures. The main characteristics are cortical stroke, large area of involvement, haemorrhagic transformation and cardio embolic stroke more than small vessel disease and atheroembolic strokes [3]. On the other hand, the causal relationship between seizure and stroke, where seizure being the trigger for stroke has not been studied in detail at all. This case demonstrates that this may very well be a distinct entity.

A population-based study in the US showed that the incidence of internal carotid artery is 2.6 to 2.9 per 100,000 populations per year but there was no convincing epidemiological date on vertebral artery dissection. That study showed that the annual incidence may be just below 1 per 100,000 populations. But most authority agrees that minor or major trauma to the neck relating to various activities such as chiropractic manoeuvres, sports like gymnastics, skate boarding, wresting and road traffic accidents have all been reported as causing vertebral artery dissection. There are a number of other conditions than can predispose individuals to arterial dissection as a whole i.e, Marfan syndrome, Ehlers-Danlos syndrome, Cystic medial necrosis, Alport syndrome, Homocysteinuria.

The typical presentation of VAD is nuchal and occipital pain following minor neck injury. The neurological deficit may not be present and may take up to 72 hours to develop. When neurological manifestations do occur, it is usually in the form of Lateral medullary syndrome. When vertebral artery dissection is complicated by extensive clot formation extending to Basilar artery, like in this case, patient may have a combination of alerted level of consciusness, hemi-quadriparesis, oculomotor symptoms (Abducens plasy, Ipsilateral gaze palsy, One and a half syndrome, Ocular bobbing or skewed deviation of eye balls). The largest study showing the difference in presentating symptoms between internal carotid artery dissection and vertebral artery dissection, CADISP [4], has shown slight male predomnance with slightly higher age of onset. Neck pain was found to be more prevalent in vertebral artery disssection. Although VAD resulted in more ischaemic stroke, the NIHSS score was higher at presentation (8 vs. 3) for carotid atrery dissection.

When it comes to treatment the Americal Heart Association/ American stroke Association guideline from 2011 and also the UK NICE guideline from 2016 takes similar stand in the management of ischaemic stroke following vertebral artery disssection. Both recommends that in a hyperacute setting (First 6 hours according to NICE guidelines and 4.5 hours according to AHA/ASA guideline), these patients need to be considered for thrombolysis. The strongest evidence, although indirect, comes from a 2011 meta-analysis of individual patient data from 14 retrospective series and 22 case reports involving 180 patients with cervical artery dissection who were treated with thrombolysis and followed for a median of three months. When compared to matched historic controls, the outcome was favourable. Mechanical thrombectomy is also a treatment option in select patient groups.

Subsequent decision for antiplatelet versus and thrombotic therapy although not controversial but does not have any definitive guideline which prefers one over the other. The AHA/ASA published number of studies showing the use of anticoagulant in cases where there is intraluminal clot has a favourable outcome in compared with treating these patients with antiplatelet therapy throughout. NICE on the other hand has left it to the physician’s discretion. They recommend antiplatelet or anticoagulant as per the treating physician’s choice.

There are no studies that unequivocally shows the superiority of one agent over the other. Both has been deemed equally effective. But when anti thrombotic therapy is chosen, it is guided by serial imaging as vessels that has not recanalised in 6 months will not benefit from any further anticoagulation. So, the current recommendation is to continue anticoagulation for 3 to 6 months followed by standard antiplatelet treatment. If patients receive thrombolytic agent, then anticoagulation should be started 24 hours after the treatment [6].

If despite effective antiplatelet/antithrombotic therapy, patients have recurrent embolic events, they may be subjected to endovascular treatment modalities like stent placement, angioplasty and embolization.

Seizure usually is a presenting symptom of stroke, but it can be a cause as well as demonstrated by this case. There need to be a high degree of clinical suspicion in case of any neurological deficits following a seizure and we should not casually explain those symptoms as Todd’s paresis. It is paramount that the front door teams like Ed and Acute medical unit liaise closely with the stroke services and the radiology department in all the cases but specially in ones where there are grey areas.