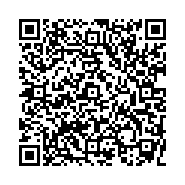 Objective: To describe the clinical features and neuroradiological findings of rare complication of vitamin B12 deficiency, a massive pulmonary embolism.

Method: Case report of a massive pulmonary embolism treated with thrombolytic therapy and heparin anticoagulation during severe vitamin B12 deficiency. The role of vitamin B12 in the pathogenesis of thromboembolic disorder is discussed.

Conclusion: Vitamin B12 deficiency may be associated with life-threatening complications if not diagnosed and treated promptly.

A 45-year-old mother of 5 children presented to her gynaecologist one month earlier with vaginal tears. This required uneventful posterior and anterior vaginal repair. The patient was discharged home in a healthy, normal status. She was mobilizing normally.Two weeks post-discharge, she presented to the emergency department with deep vein thrombosis, shortness of breath and central chest pain. A spiral chest CT angiography showed massive pulmonary embolism (Figure 1), with a filling defect in the main pulmonary artery and its branches, and increased pressure of the right ventricle, indicating acute pulmonary hypertension. Heparin was administered and a therapeutic coagulation profile obtained according to anticoagulation protocols and guidelines. The patient recovered and was discharged home on oral anticoagulation. During this presentation workup, a cause of the thromboembolic disorder was negative except crucially high serum homocysteine at 79.85 μmol/L (normal less than 15 μmol/L). Ten days post-discharge, the patient presented to neurosurgery with severe lower back pain and weakness and numbness in the lower limbs. At this time, neurological examination was significant for positive Romberg sign, including impaired proprioception in the lower limbs in both position and vibration. She had spastic tone and brisk deep tendon reflexes with extensor toe responses. Power decreased symmetrically at both upper and lower limbs at 4/5. Magnetic resonances images (MRI) of both the cervical and dorsal spine showed hyperintense lesions extending throughout the posterior cervical spinal cord on T2 MRI (Figure 2). Figure 2 (a and b): Sagittal and axial T2 weighted image through the cervical spinal demonstrating abnormal hyperintense signal along with posterior columns (whitearrow heads and single black arrow).

Serum vitamin B12 was significantly low at 61 pmol/L (Normal 138–652 pmol/L); methylmelonic acid blood levels were also elevated. Further workup confirmed the diagnosis of pernicious anaemia. The patient was given parental vitamin B12, with normalization of both vitamin B12 and homocysteine blood levels. Clinically, the patient’s symptoms significantly improved and she was back to her previous level of activity (Figure 3). 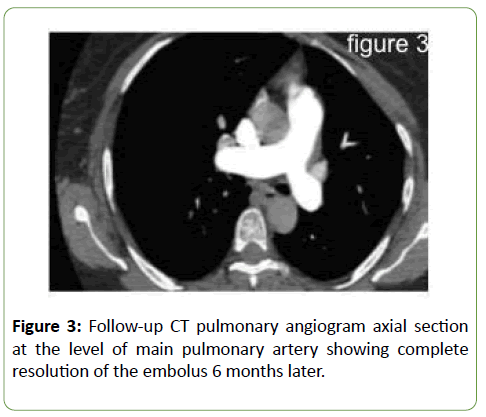 LaRoy P. Penix reported in the Journal of Neurology the case of a 45-year-old lady with recurrent ischemic strokes and vitamin B12 deficiency secondary to hyper homocysteinemia[4]. In that case report, vitamin B12 parenteral replacement normalized her homocysteine and was presumed to protect her against additional strokes in the following year [4]. Thromboembolism in such cases is attributed to the injury of the vascular endothelium by the elevated blood levels of homocysteine [4]. In these patients, myocardial infarction, stroke and pulmonary embolism have been reported [5].

• Low back pain is a rare presentation of vitamin B 12 deficiency.

• Vitamin B12 deficiency is a rare, but treatable, cause of venous thromboembolisms.

• More than one risk factor for a hypercoagulable state may lead to life threatening thromboembolism.