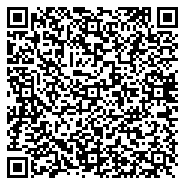 Background: The role of transcranial brain parenchyma sonography (TCS) is evolving. While hyperechogenicity of the substantia nigra as a marker of idiopathic Parkinson’s disease can be considered established, other parenchymal TCS findings need further evaluation. Among these, the width of the third ventricle might be relevant for patients with multiple sclerosis (MS). To explore its value, we performed an observational study of a cohort of mildly diseased MS patients over a period of 3 years with TCS examinations at study entry.

Conclusion: In this cohort of mildly diseased MS patients, 3rd ventricular enlargement assessed by TCS was associated with relapse occurrence within 3 years.

Transcranial sonography (TCS) of the brain parenchyma is an evolving field of ultrasound application. Using the transtemporal approach, the brain stem, the ventricular system, and the basal ganglia can be visualized in addition to the arterial supply of the brain. The most established parenchymal TCS finding is hyperechogenicity of the substantia nigra in the diagnosis of Parkinson syndromes [1-4]. Other parenchymal features, such as ventricular width or hyperechogenous structures within the basal ganglia, are less accepted as clinically relevant although ventricular enlargement correlates closely with brain atrophy [1,5,6]. A few magnetic resonance imaging (MRI) studies on patients with multiple sclerosis (MS) have demonstrated that the width of the third ventricle was predictive of clinical relapses [7-10]. Despite being the standard technique for investigating MS patients, MRI still has the disadvantage of high costs. Ultrasound is less cost-intensive. We investigated whether the relationship between relapse and ventricular width would be reproducible using TCS to determine 3rd ventricular width. If so, TCS as a cost-effective method might gain further attention in the management of MS patients.

This study was approved by the ethics committee of the Canton of Lucerne (Study #967), and all participants gave their written informed consent. The study was performed in the outpatient MS clinic of a large teaching hospital.

From 01/2011 to 12/2012, we recruited 45 MS patients (Table 1; males, 12; females 33; mean age at entry, 41 ± 10 years; mean disease duration at entry, 6.7 ± 6.0 years; mean Expanded Disability Rating Scale (EDSS) [11] at entry, 2.0 ± 1.32) from our outpatient MS clinic who were diagnosed with relapsing-remitting MS according to the 2010 revised McDonald criteria [12], who were treated with injectable disease modifying therapies (DMT; glatiramer acetate 1, interferon-beta 1a 31, interferon-beta 1b 13), who agreed to annual clinical examinations over a period of 3 years, and who agreed to be examined by TCS for measurement of the 3rd ventricle width. Patients on other medications such as natalizumab, patients with a clinically isolated syndrome, or patients with primary or secondary progressive MS were not included in the study. We aimed to achieve at study entry a homogenous group of patients. MRIs were not regularly included in the annual visits, but were performed when indicated. After 3 years, 30 patients were still on their DMT therapy, 15 had switched to fingolimod (n=13) or natalizumab (n=2). The reasons for switching were relapses or unwillingness to stay on the injectable DMTs. The study follow-up period was 3 years. At each visit, any relapse was recorded and the patients were classified according to EDSS.

All TCS investigations were performed using a high-end ultrasound device (Acuson Antares, Sonoline) with a colorcoded 1–4 MHz phased array transducer. The 3 ventricle was visualized through the pre-auricular temporal acoustic window in the cross-sectional image plane and was identified as a hypo-echogenic space with hyper-echogenic horizontal boundary lines (corresponding to the ventricle walls) lying in front of the pineal gland and between the basal ganglia structures. The width of the 3rd ventricle was assessed as the minimum distance between the inner boundaries of both hyperechogenic lines when displayed strictly parallel. For this approach, we previously reported a highly reliable interobserver agreement with an R2 of 0.97 and an interobserver variability in assessing the 3rd ventricle width well less than 1 mm [13]. In this previous report, we had included our control population consisting of 70 healthy subjects (31 men, 39 women; mean age 41 ± 15 years; age range 18–79 years); their mean 3rd ventricular width was 3.4 ± 0.80 mm.

Patients without a relapse had had a baseline 3rd ventricular width of 3.7 ± 1.3 mm and those with a relapse, a width of 4.6 ± 2.1 mm (p<0.01). Figure 1 shows the distribution of the baseline 3rd ventricle widths; their group means are indicated by thick horizontal bars. Further explorative data analysis revealed a remarkable dichotomy of clinical relapses with respect to 3rd ventricle width slightly above 4 mm. Because 4.2 mm is the mean + 1 SD of our controls, we used this width as (an arbitrary) threshold to group the results.

Figure 1: Distribution of 3rd ventricle width grouped according to whether or not a relapse occurred. The thick bar indicates group means.

Table 2: Comparison of the two patient groups after dichotomization according to ventricular width (*p<0.05).

Ventricular enlargement is a frequent finding in patients with MS and can be found at any stage of the disease; it is usually considered a sign of brain atrophy [6,7-9] and of disease duration. However, in recent years, it has become surprisingly obvious that brain atrophy is also present in MS patients early after diagnosis and that it can progress rapidly over short time periods of 2–3 years [7-10]. The conclusion was therefore made that the sole presence of brain atrophy is a marker of a highly active disease [7]. Our results would fit into such a scenario with the finding that the patient group with relapses exhibited a larger mean ventricular width, and that we could identify a threshold width of increased relapse likelihood. The proposed relevance of ventricular width could be supported by the fact that age and EDSS were comparable in both groups.

Patients with MS are usually young and their ventricular system, basal ganglia and brain stem are easily visualized by means of TCS. In several studies, the TCS findings demonstrated clinical relevance. Ventricular enlargement correlated with disease progression, with the clinical handicap as assessed by EDSS [6,14-16], or with the severity of neuropsychological deficits [6,14-16]. Similarly, hyperechogenicity of the substantia nigra corresponded to actual EDSS and to disease progression over 2 years [15]. Our results add promisingly that TCS may provide a risk estimation of further relapses. This was not found in previous TCS studies on MS patients. However, it is obvious that our results need further confirmation in other studies because our study population was a highly selective.

Our study has limitations. TCS is examiner-dependent, which could explain the variability in 3 ventricle reference values established by different working groups [6,13-16]. For similar reasons, ventricle widths measured with TCS cannot simply be transferred to MRI measurements [6,17]. Because our cohort of patients was prescreened, our results may not be generalizable across all MS patients or be transferable to MS patients treated with natalizumab or the newer medications (fingolimod, dimethyl fumarate) from very early on. On the other hand, the homogeneity of our cohort of patients (at a mild disease stage) could be one reason for our results while in other TCS studies, the study populations consisted of MS patients over the whole disease spectrum. Overall, the TCS studies performed on MS patients until now may encourage further investigations.

Apart from the above-mentioned sponsorship, there is no conflict of interest to report.

All for the final approval of the manuscript.