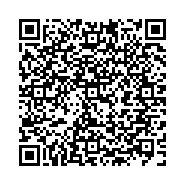 A Huge Primary Hydatid Cyst of Uterus: A Case Report and Review of Literature

Human hydatid cyst is an endemic disease and its distribution is worldwide affecting many countries in the Northern Africa as well as other parts of the world including Middle East area, India, South America, New Zealand, Australia, Turkey and Southern Europe. This disease is a major public health problem in our country. The incidence of the disease has been increasing in the absence of an effective prevention policy. It is ubiquitous; it is endemic to our region of “Grand Maghreb”. At this geographical ubiquity joins a ubiquitous localization. The primary involvement of pelvic organs by Echinoccocus granulosus is extremely rare. In addition to liver and lung localization representing 90% of the disease, other organs and tissues are spared. The pelvic seat is rare; it is 0.2 to 2% of cases. The isolated uterine localization is even more exceptional, it considered unusual. We report a case of a voluminous primary and solitary hydatid cyst of uterus in young female which was mimicking a pregnancy.