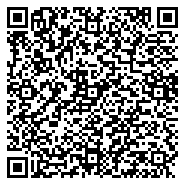 Background: Cervical spondyloticmyelopathy is a degenerative disease of the intervertebral disc and vertebral body of the spine that causes cervical spinal cord injury due to central vertebral canal stenosis. Its prevalence is higher in the elderly. Treatment is usually surgical when the spinal cord is affected either clinically with pyramidal release or radiologically with the altered spinal cord. The rationale of this study is to analyze the myelomalacia and the ossification of posterior longitudinal ligament as prognostic factors in the postoperative evolution of patients with cervical canal compression who underwent laminoplasty by Open-door or French-door techniques.

Methods and Findings: We performed a retrospective analysis of 18 surgical cases of spondylotic cervical myelopathy of the same senior neurosurgeon, using the chi-square test to analyze prognostic factors for patients postoperative evolution in the Nurick scale, after Opendoor or French-door laminoplasty. The comparison between pre and postoperative showed an improvement of 71.43% of cases that did not have ligament ossification compared to 45.45% of cases that presented posterior longitudinal ligament ossification. Also, there was a better prognosis in patients without myelomalacia, as 71.43% of them improved their condition against only 45.45% improvement in those with myelomalacia.

Conclusion: There is a need for further studies with larger samples to expressively buy soma usa prove that the presence of longitudinal ligament ossification and the previous presence of myelomalacia are factors of worse prognosis in the postoperative evolution of patients with cervical spondylotic myelopathy submitted to laminoplasty.