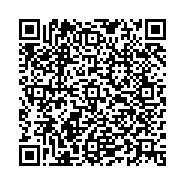 Methods and findings: Patients who underwent LAAO for treatment of atrial fibrillation at the Heidelberg Department of Internal Medicine III were eligible for this observational, explorative, single-center, non-randomized cohort study, between July 2013 and January 2016. Neurological examination and neuropsychological assessments were conducted one day before LAAO and one month after LAAO, using a comprehensive neuropsychological test battery that included several cognitive domains including executive function, verbal fluency, verbal and non-verbal memory. Paired t-tests and correlation analyses were applied to compare test results pre- and post-intervention. In addition, we descriptively analyzed the number of relevant changes (± 1 standard deviation) over all cognitive domains for each patient. 20 patients completed the study. Mean age was 72.6 ± 6.8 years and 15 (75%) were male. There were no significant changes in any of the tested cognitive domains in group statistics. Descriptive single case analysis showed more deteriorations than improvements by one standard deviation over all cognitive domains in three patients, while in 11 patients the number of positive changes exceeded the number of negative changes.

Conclusion: LAAO does not adversely affect cognitive function in the majority of cases.