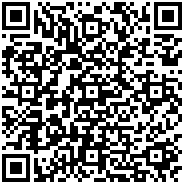 Clinical Study on the Incidence of Pain in Parkinson's Disease

This study focuses on the diagnosis and management of pain in Parkinson’s disease. Separating Parkinson’s disease related pain from pain of other origin is very difficult. They all come under one umbrella among the different forms of Parkinson’s disease related pain, musculoskeletal pain is the most common form accounting for 40% in PD. Pain occurs in about 60% of Parkinson’s disease patients, two to three times more frequent in this population than in age matched healthy individuals. It is an early and potentially disabling symptom that can precede motor symptoms by several years. The lower back and lower extremities are the most commonly affected areas. The most used classification for pain in PD defines musculoskeletal, dystonic, central, or neuropathic/radicular forms.

Its different clinical characteristics, variable relationship with motor symptoms and inconsistent response to dopaminergic drugs suggest that the mechanism underlying pain in Parkinson’s disease is complex and multifaceted, involving the peripheral nervous system, generation and amplification of pain by motor symptoms and neuro-degeneration of areas related to pain.

The basal ganglion processes somatosensory information differently. Increased subjective pain sensitivity with lower electrical and heat pain threshold has been reported in Parkinson’s disease patients. The mechanism is assumed to be diminished activity of the descending inhibitory system of the basal ganglia. Promising perspectives for this have come from studies using different pain scales in Parkinson’s disease.