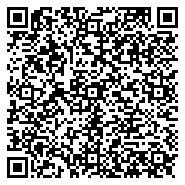 Patients and Methods: Patients are categorized retrospectively by their treatment. Data on 120 patients was used, with the exclusion of 13 patients. Analyses were performed according to mRS and EQ5D after 7 days as well as 10 to 14 weeks. Primary observed outcome was quality of life and mRS after 10 to 14 weeks.

Results: Regarding mRS, initial outcome after 7 days is more successful with direct EVT, but prior thrombolysis shows additional improvement after 10 to 14 weeks. There is no statistically relevant difference in patients that received prior tPA and rescue endovascular treatment in comparison to direct endovascular treatment after 10 to 14 weeks. EQ5D on the other hand shows higher life quality, according to better functional outcome after endovascular treatment. Regarding the primary endpoint of the study, there is no statistically relevant difference between both study groups at the end point of the study.

Discussion: While direct endovascular treatment shows an immediate benefit for patients with large vessel occlusions, over the time course of 10 to 14 weeks there is a higher additional benefit for prior thrombolysis treatment. Regarding that, both treatment arms show a similar outcome. A higher life quality regarding EQ5D is archived after direct EVT while judgement for general ability is rated higher with additional tPA treatment.