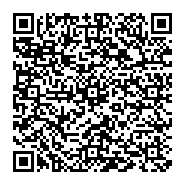 Objective: We are trying to rationalize the known antioxidant and anticancer activities of the extracts of some of these plants through their inhibition of human topoisomerases I and II, as it is crucial to develop novel nontoxic topoisomerase inhibitors that can spare normal cells.

Methods: Standard topoisomerase I and II assays with and without the plant extracts and associated analyses.

Conclusions: The nuclear fragmentation leading to apoptosis observed earlier in cancerous cell lines in the presence of such plant extracts may thus be explained by the inhibition of topoisomerases in addition to modulation of modulation of Fenton reaction-mediated damage to DNA constituents shown elsewhere.