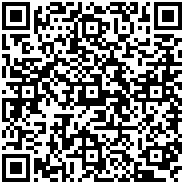 Background: Lassa virus is the cause of Lassa fever with high morbidity and mortality. Molecular evolution was studied through virulence diversity through to provideÂ insight as to despite circulating antibodies there is still yearly epidemic outbreaks.Â

Methods and Findings: The nucleotide sequences of 18 Lassa virus genomicÂ RNA encoding Lassa virus nucleoprotein isolates collected from different parts ofÂ the world were obtained from the GenBank and nucleotide substitution amongÂ them studied using the computer program MEGA4. The genetic distances amongÂ strains were predicted by pairwise nucleotide differences. The rate of synonymousÂ substitution was high 5.889 per nucleotide per year and nonsynonymous was higherÂ at 49.664. The average predicted rate of synonymous and nonsynonymous usingÂ modified Nei-Gojobori (assuming transition/transversion bias = 2) was 27.9 whichÂ was taken as the genetic distance between strains. The average number of synonymous sites is 150.741. The average number of nonsynonymous sites is 392.259. TheÂ phylogenetic tree was inferred by unweighted pairwise grouping in MEGA4 and using neighbour-joining method. The time of emergence of Lassa virus was predictedÂ to be around January 1920. However the first human appearance of the virus wasÂ predicted to be around May 1959. (Â±24months). In synonymous substitution the rateÂ of (G-----T) rare was high. The nucleotide frequencies were 0.314 (A), 0.246 (T/U),Â 0.204 (C) and 0.235 (G). The transition/transversion ratio k1Â = 14.991 (purines) and k2Â = 69.916 (pyrimidines). The overall transition/transversion bias R=16.662 with a totalÂ of 620 position in the final data set. These figures are far higher than an earlier studyÂ using Lassa virus glycoprotein. The nucleotide diversity was also very high using theÂ Taijimaâ€™s model in MEGA 4.Â

Conclusion: The divergence within strains always coincides with the period ofÂ epidemic which goes to confirm that the cause of epidemic outbreak should be theÂ emergence of new strain.