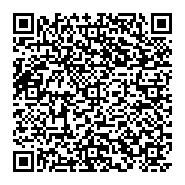 The nanoencapsulation of antimicrobial peptides (AMPs) has been utilized as a strategy to overcome obstacles such as poor stability, adverse interactions, and toxicity. Antimicrobial peptides (AMPs) have emerged as an essential solution for controlling multi-drug-resistant (MDR) pathogens. Octominin's potent antimicrobial activity against Candida albicans and Acinetobacter baumannii has been demonstrated in previous research. The ionotropic gelation method is the focus of this study, which focuses on the nanoencapsulation of Octominin using chitosan (CS) and carboxymethyl chitosan (CMC) as drug delivery systems. Octominin-encapsulated CS nanoparticles (Octominin-CNPs) had a zeta potential of +51.23 0.38 mV and an average diameter of 372.80 2.31 nm, respectively. Encapsulation efficiency was 96.49 percent, and loading capacity was 40.20 percent. Furthermore, transmission electron microscopy data revealed the irregular shape of the Octominin-CNPs with aggregations, as well as a rapid initial release followed by a sustained biphasic release profile for up to 88.26 3.26% of the total Octominin release for 96 h. Octominin-CNPs had significantly lower toxicity in vitro and in vivo than Octominin at higher concentrations. In the time- kill kinetic and microbial viability assays against C. albicans and A. baumannii, respectively, Octominin-CNPs' antifungal and antibacterial activities were slightly higher than Octominin's. At the tested concentrations, Octominin-CNPs produced morphological alterations, changes in cell membrane permeability, and slightly higher levels of reactive oxygen species than Octominin did against both C. albicans and A. baumannii, according to mode of action evaluations. Octominin- CNPs had slightly higher biofilm inhibition and eradication activities in antibiofilm activity assays than Octominin. Octominin was successfully encapsulated in CS, and Octominin-CNPs outperformed Octominin in terms of antimicrobial activity and toxicity against C. albicans and A. baumannii.