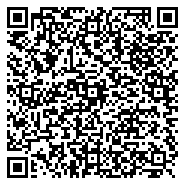 UTIs have been implicated as the most common bacterial infections in clinical practices and accounts one-third of all nosocomial infections. The development of resistances among uropathogens is a major crisis which restricts drug of choice for the treatment. Hitherto, the prevalence, etiological profile and antibiotic susceptibility pattern of bacterial uropathogens from the study area is not investigated. In this regard, a prospective study was conducted in adult patients clinically suspected to have urinary tract infection who consulted at the Internal Medicine Unit of Arba Minch Hospital from January- September 2015. In this study, prevalence of uropathogenic bacteria was reported among 37.2% of the study participants. The uropathogenic isolates were identified and grouped into seven species including Escherichia coli, Staphylococcus aureus, Klebsiella pneumoniae, Coagulase negative Staphylococcus (CNS), Citrobacter sp., Enterococcus faecalis and Proteus mirabilis. To demonstrate the antimicrobial susceptibility profile, all uropathogenic isolates were subjected to antibiotic sensitivity test against nine antibiotics. The results evinced that majority of the uropathogens were resistant to ampicillin, penicillin, amoxicillin, tetracycline and erythromycin, annulling its empirical usage. Ciprofloxacin is found to be effective against both groups of uropathogens. For the vigilant selection of antibiotics, further judicial study emphasizing the mechanism of antibiosis is warranted.