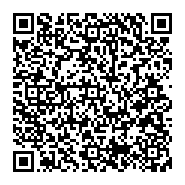 The present study was performed to assess the sub-chronic toxicity and efficacy study of seabuckthorn (Hippophae rhamnoides L) oil administered intramuscularly in New Zealand white rabbits. Seabuckthorn oil was administered intramuscularly, at doses of 0.5, 1 and 1.5 ml/kg body weight in three groups of animals and the dose was scheduled once in a week up to seven weeks. Total antioxidant status was studied after the first intramuscular administration of oil that act as depot and provide sustained effect for prolong period of time. The clinical signs of toxicity data were collected and observed daily. No mortality was seen in any of the treatment groups during the course of study. Various physiological, hematological, biochemical (AST, ALT, ALP, Uric acid, Urea and creatinine) as well as histopathological parameters were studied and found not to be changed significantly, indicating that intramuscular seabuckthorn oil is non toxic even at higher dose level in rabbits. The studies revealed significant increase (p<0.05) in total antioxidant activity in the serum sample with increase in doses. Overall safety and tolerability profile of seabuckthorn oil administered intramuscularly is proved good and does not appear to carry risk of serious adverse effects. The results obtained also indicates efficacy of oil in terms of total antioxidant capacity and may be used as a vehicle for sustained release formulations