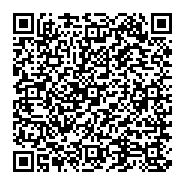 Background: Oesophagectomy is the standard treatment for oesophageal cancer in medically fit patients, but is associated with significant morbidity and mortality. Neoadjuvant chemoradiotherapy has been included in the management of this disease with the aim to improve prognosis, and has been shown to improve survival without an associated increase in operative complications. This study included patients who underwent oesophagectomy at the Canberra Hospital, to determine if neoadjuvant therapy was associated with an increase in perioperative morbidity and mortality.