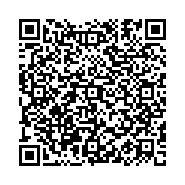 Objective: Uric acid (UA) is a molecule known as an antioxidant. However, studies conducted in recent years indicate that elevated serum UA levels are an independent risk factor for stroke. The aim of our study is to determine the relationship between UA and acute ischemic stroke and subtypes.

Methods: We retrospectively analyzed 110 patients with acute ischemic stroke within the first 24 hours who were admitted to Bakirkoy Prof Dr. Mazhar Osman, Mental and Neurological Diseases Training and Research Hospital (Istanbul, Turkey) between August 2016 and August 2017. The control group was composed of 82 healthy volunteers who were compatible with the patient group in terms of age and gender. Serum UA levels were estimated and stroke subtypes were determined by Bamford classification according to clinical findings and TOAST classification according to etiology.

Results: Mean serum UA levels were found 5,5 mg/dL in the patient group versus 4,8 mg/dL in the control group. There was a statistically significant difference between patients and controls (p<0,0019). As for the stroke subtypes, elevated serum UA was found to be associated with all stroke subtypes except lacunar stroke according to Bamford classification and small vessel disease according to TOAST classification. In Multiple Logistic Regression Analysis, serum UA levels higher than 5,6 mg/dL were identified as independent risk factors for ischemic stroke.

Conclusion: In our study, high UA levels were seen as an independent risk factor for stroke. Determination of UA as an etiological factor responsible for the pathogenesis of vascular diseases including stroke may also bring the treatment of hyperuricemia such as hyperlipidemia or hypertension, which are routinely treated after stroke.