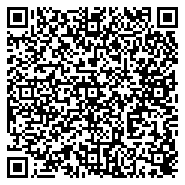 Objective: The purpose of this study was to evaluate the use, statistical validity, and sensitivity, of the two minute step test as predictor of aerobic capacity in institutionalized elderly for neurological rehabilitation.

Method: An observational type study of 60 subjects between the age group of 60- 94 was carried out, the data analysis was done on the basis of normative values calculated for each age group and we compared heart rate, oxygen saturation and perceived exertion obtained during performance of 2 MST with those obtained during the 6 MWT.