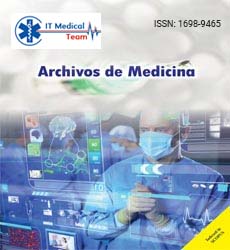 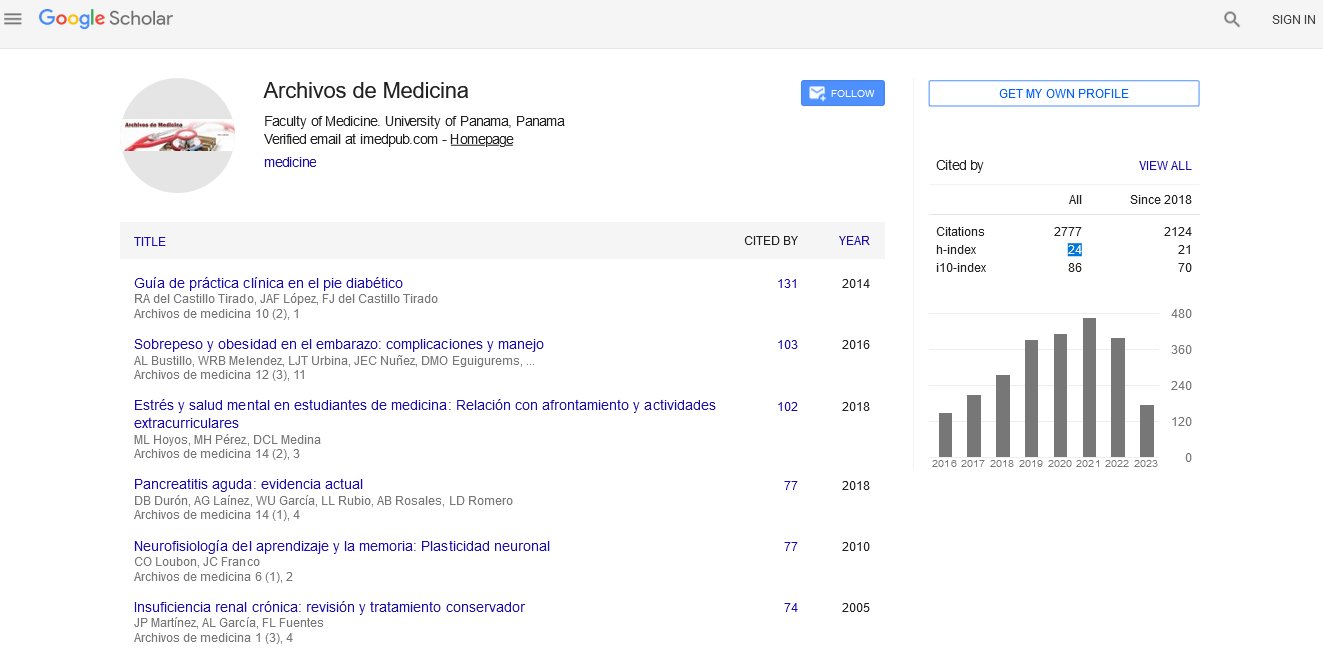 Archivos de Medicina accepts original works, editorials, clinical cases, images of interest, collaborations and quality reviews in Spanish. They must be unpublished and not simultaneously submitted for review by any other journal.

Archivos de Medicina also publishes summaries or full texts of oral communications, posters and conferences that are the product of scientific events (meetings, congresses...) organized by the societies of which the journal is a body of expression. Finally, and after an economic agreement, IT Medical Team Journals will publish contributions from the Pharmaceutical Industry.>contact [email protected]

Manuscripts and attached material must be submitted online through the journal's website. >You can find a shortcut at

The texts of the works will be done with a Microsoft Word or compatible word processor. >The configuration of the pages will have the following characteristics:

The sheets will be numbered consecutively in the lower central part.

The images may be sent in any size that the author considers and may be inserted directly in their corresponding place by inserting them in tables or at the end of the document, one on each page, with the corresponding figure number (and legend if necessary). . >If images of other authors are used, consent must be provided for their reproduction in "IT Medical Team Journals", sending it as an attached file and indicating the original source.

The tables will be inserted in their corresponding place including table numbering with Arabic numerals and heading (title). >They will try to be clear and without rectifications; >acronyms and abbreviations will always be accompanied by an explanatory footnote. style="box-sizing:border-box; vertical-align:inherit">If a table occupies more than one page, the headings will be repeated on the next page. >Line spacing within tables will be simple. >When a statistical study has been carried out, the technique used and the level of significance will be indicated at the foot of the table, if it has not been included in the text of the table.

Structure of the works

Each part of the manuscript will begin a page in the following order:

The following data will be indicated on the first page of the article, in the order cited here:

Title of the article (in Spanish and English). >In the online system, the title must be entered in Spanish, avoiding writing everything in capital letters.

Authors: “Name + Surnames,” (in this order) of each one of the authors, identifying the affiliation of each of them by means of superscript numbers.

vertical-align:inherit">Keywords (up to 6) At the end of the abstract, the keywords must appear according to those included in the Medical Subject Headings (MeSH) of Index Medicus/Medline, in English.

[available at:  ] and in Spanish

If it is a review: Period reviewed (year of the oldest article - year of the most recent article) in the case of reviews.

It is advisable to clearly divide the works into sections, and it is desirable that the general outline be as follows:

Introduction: It will be brief and should provide only the necessary explanation so that the reader can understand the text that follows and will show the interest of the topic. It should not contain tables or figures, although it may contain bibliographical references.

Results and discussion: They report, integrate and interpret the results of the work and/or the articles reviewed. >They may be supported by tables and figures. >It is not limited exclusively to reproducing the conclusions of the studies studied, but a comparative, global interpretive and critical task must be carried out that allows conclusions to be reached.

Conclusions: It will be a list of no more than 6 points that summarize the conclusions derived from the review.

Acknowledgments and financing: if considered appropriate.

Clinical Cases or Review “About one (or several) case(s)”

Introduction: It will be brief and should provide only the necessary explanation so that the reader can understand the text that follows and will show the interest of the topic. It should not contain tables or figures, although it may contain bibliographical references.

Clinical Case: the clinical case will be reported following a logical order and avoiding those data that are insignificant for the final diagnosis. It will be especially appreciated if good quality images are provided.

You will then choose:

Discussion: The most interesting aspects of the case will be discussed, comparing them with those in the existing bibliography on the subject. O well:

Review: When the article deals with a well-defined disease, a review of the most important aspects of the disease may be made directly, following a logical order: epidemiology, etiopathogenesis, clinic, diagnosis, treatment and prognosis.

Images will be provided in separate files. For (scanned) photographs the preferred format is TIFF, with a resolution of 300 dpi for an image size of 8.5 cm wide (and equivalent inverse proportions, i.e. 150 dpi for an image width of 17 cm , etc.). Regardless of the program with which they have been prepared, the figures (especially graphs) should preferably be sent in TIFF format. The letters, numbers and symbols that appear in the figures must be clear and uniform, and of sufficient size so that the reduction of the figure does not entail its illegibility. >The figures will be numbered consecutively in Arabic numerals according to their appearance in the text. If the author proposes a figure obtained from another publication, he must have the corresponding permission and accompany & ntlide;

They will be presented in text format, or in TIFF format, with a resolution of 300 dpi. >Each table will be presented separated by a page break, clearly indicating its numbering (in Roman numerals), correlative according to its appearance in the text. >The foot of the table will detail the meaning of the abbreviations that appear in it, as well as the calls, indicated correlatively with a superscript letter (eg a, b). >If the author proposes a table obtained from another publication, he must have the corresponding permission and accompany it.

Collaborations, Editorials and Letters to the editor:

In these cases the structure of the text will be free.

They will not be submitted to peer review, but will be directly approved or rejected by the Chief Editor.

They will be presented according to the order of appearance in the text with the corresponding correlative numbering included in square brackets [], according to the <> prepared by the International Committee of Medical Journal Editors (Med Clin (Barc) 1997;109:756-63). >Also available at:

Journal names should be abbreviated according to the style used in Index Medicus / Medline: < > which is included each year in the January issue of Index Medicus, also available at:

Bibliographical references must be verified by comparison with the original documents, always indicating the initial and final pages of the citation. Here are some examples of bibliographic citation formats:

Ordinary article and electronic journal: List all the authors if there are six or less; if there are seven or more, list the first six and add the expression <> after a comma.

DUP Spain Working Group. Multicenter study on the use of medications during pregnancy in Spain (IV). >Drugs used during lactation. >Med Clin (Barc) 1992; 98: 726-30.

The name of the author is not indicated:

Supplement of a number:

Books and other monographs

Directors or compilers as authors:

Chapter of a book:

Any other aspect not contemplated in these instructions must follow the ICMJE Uniform Requirement for Manuscripts . To resolve any questions you can contact