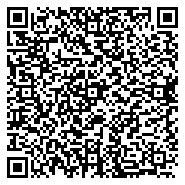 Background: Microsurgical reconstruction is employed for complex plastic surgery problems when other options don't seem to be satisfactory either functional or aesthetic Aim: to evaluate sleeve suture technique and oblique cut technique in end-to-end micro-anastomosis of vessels with size discrepancy in a Rat model regarding patency of the anastomosis and feasibility of the technique

Methods: Thirteen Samples were included in this study and randomly assigned to either Group Î™ (Sleeve suture technique) or Group Î™ (Oblique cut technique). The main assessment parameters were anastomosis patency, time of anastomosis, and the number of suture units. Other parameters included anaesthesia consumption, thrombosis rate, and leakage after anastomosis.

Results: Nearly equal patency rates have been found in the two techniques in the animal model, although the invagination technique was faster and technically simpler to perform with less suture unit consumption. The oblique cut technique showed a highly statistically significant increase in the anastomosis time and an increased in sutures number in comparison to the sleeve technique plus the necessity to flip-flop the wall for posterior wall suturing.

Conclusion: No patency advantage of one technique over the other. However, in the experimental model used, it was found that the invagination technique was faster and technically simpler to perform. Flow-through the invagination was nearly equal to that through the oblique cut end-to-end.

Microsurgery is a unique surgical technique that is difficult with making use of fine instruments and also the microscope or high-powered loupe magnification, to permit anastomosis of successively smaller blood vessels, nerves, and even lymphatics [1].

The micro vascular technique was developed by many pioneer surgeons. In the mid-1500s, micro-vascular surgery has invaded the experimental laboratories after the work of Carrel and Guthrie, when they used the experimental animals to perform replantation and transplantations of many composite tissues and multiple organs [2].

The first use of a monocular microscope was in ear surgery by Nylen in 1921, and using the light microscope by Holmgren was back in 1923 [2].

The patency of anastomosis in microsurgery is a cornerstone in flap survival [3]. Several factors are responsible for the success of any micro-vascular anastomosis. Surgical instruments and sutures are playing a major role in the procedure, plus the choice of technique for anastomosis [4] Moreover, the proper selection of donor and recipient vessels is essential [4].

Surgeons face daily cases of anastomosis of size mismatched vessels. The definition of mismatch is as a vessel diameter ratio of ≥ 1.5:1, represented in arterial anastomosis by 33% and venous anastomoses by 50% [5].

Size-mismatched vessels are a challenging problem in microvascular anastomosis. And surgeons have to get over this difficulty; otherwise, a turbulent flow followed by thrombosis at the anastomosis site will mostly occur [6]. Using similar vessels diameter is not always an option in micro-anastomosis [7].

Our rationale for this study was to compare two distinguished methods of micro-anastomosis that have been commonly used in practice from the previously mentioned techniques which have been described to manage the size mismatched vessels problem with minimal vessel morbidity or consuming too much time for completion of the repair. Both techniques can enable the surgeon to overcome the size mismatched vessel repair, at the end of the study we will be able to elect one single technique to be the standard method for size-mismatched vessel micro-anastomosis regarding anastomosis patency and technique feasibility.

The main assessment parameters were anastomosis patency, time of anastomosis, and the number of suture units. Other parameters included anaesthesia consumption, thrombosis rate, and leakage after anastomosis.

Anaesthesia consumption in millilitres was measured in both groups. Although the weight was comparable in both groups with no statistically significant difference, it showed to be a little higher Anaesthesia rate in the oblique cut group most probably due to the increase in the anastomosis time (Figures 1-29). Figure 2: Fixing to the table, groin region cleansing and draping. Figure 12: Application of two single clamps on the vein proximally and artery distally. Figure 16: Flushing of both ends with normal saline. Figure 20: Oblique triangle was removed from the lateral arterial edge.

Figure 22: Anterior wall suturing with 2-4 sutures according to the vessel diameter. Figure 29: Amount of anesthesia consumption in both groups.

Regarding the Meantime of the anastomosis, the Oblique cut technique group showed a highly statistically significant increase in the anastomosis time mostly due to the sophisticated handling of tissue, the time taken for adventitia trimming, and the increase in sutures number in comparison to sleeve technique plus the necessity to flip-flop the wall for posterior wall suturing (Table 1).


*Statistically significant difference
(Starting from time of clamping of the artery to the time of release of the clamps)
Table 1. Mean time of the anastomosis in both groups.

Thrombosis is much higher in the oblique cut group most probably due to more tissue handling and more sutures needed but the difference in both groups was statistically non-significant (Table 3).

Table 3. Comparison of both groups regarding Thrombosis formation after completion of anastomosis.

Of course, more long-term follow-up is needed for further assessment of long-term patency, but the current data showed no statistically significant difference in both groups (Figure 30, 31). Figure 30: Patent anastomosis through the follow-op period in both groups. Figure 31: Comparison of both groups regarding Leakage after clamp release.

The advance of perforator flap in microsurgery focused to the problem of vessel size mismatch anastomosis [9].

We have been conducting an experimental study comparing two different techniques in the management of arterial diameter mismatched vessels. The techniques are an oblique cut technique and invagination technique. Thirty samples were included in this study and randomly assigned to either Group.

No significant early patency rate difference in our study has been found between the two used techniques in our study; however, the sleeve technique was easier and less time-consuming.

Another study, when comparing the invagination technique to another end-to-end micro-anastomosis technique, reveals similar patency rates, with a simple maneuver and marked decrease in operative time (P < 0.01). This is beneficial in different cases when simultaneous anastomoses are required such as multiple digits replantation.

The previously mentioned technique is not suitable for anastomoses with insufficient vessel length or major discrepancy between proximal and distal vessels [11].

Another experimental study suggests the sleeve technique as the best one used for anastomosis of size mismatched vessels. But that may require further investigation to be proved [12].

The advance in the sleeve technique which is simple and uncomplicated must encourage the use of perforator flap surgery [13].

In our study, more long-term follow-up is needed for further assessment of long-term patency, but the current data showed no statistically significant difference in both groups regarding patency rates [14].

Oblique cut technique in our study showed a highly statistically significant increase in the anastomosis time mostly due to the sophisticated handling of tissue, time is taken for adventitia trimming, and the increase in sutures number in comparison to sleeve technique plus the necessity to flip-flop the wall for posterior wall suturing

On the other hand, another study demonstrated that the obliquecut technique is relatively simple. A drawback of this technique is that it is limited to smaller size discrepancy which causes turbulent flow and increases the risk of thrombosis [15].

Another study showed that the sleeve technique takes a significantly shorter time to perform and the lack of sutures at the end of the smaller vessel avoids the intimal trauma [16].

An experimental sleeve technique anastomosis was performed on Wistar rats in an attempt to show how reliable this technique with a discrepancy of about 1:2 was used. A reported rate of 100% permeability and complete endothelization by two weeks, despite a 30% rate of mild narrowing. It is been reported that this relatively simple technique can be used reliably in cases of variable anatomy and size discrepancies of up to 1:2. Unfortunately, there is not enough evidence with regards to its use in larger discrepancies [15].