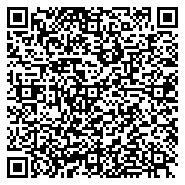 Background: Orthopedic infection is related with significant morbidity and mortality. However, the problem is not well investigated in resource constrained settings.

Results: Swabs from 85 (61.6%) participants were culture positive. The prevalence of infection in trauma, surgical site infection, implant and hematogenous sources was 34.8%, 9.4% and 4.3% respectively. From 92 bacteria isolated, 48 (52.2%) were gram positives. Staphylococcus aureus and CoNS were the most frequent isolates among gram positives and while among gram negatives Klebsiella pneumonia 9 (9.8%) and Citrobacter diversus 6(6.5%) were the most frequent. Majority of gram-negatives showed resistance to the tested antibiotics. All the independent variables were not significantly associated with orthopedic infections.

This study was conducted at Wolaita Sodo christian general private hospital and Wolaita Sodo university referral governmental hospital, which are located in Wolaita Sodo town, in the Southern nation and nationalities regional state of Ethiopia. The town is 329 km due South away from Addis Ababa, the capital city of Ethiopia. The selected hospitals provide medical service, including orthopedic care to the Wolaita zone and the neighboring population.

A cross-sectional study was conducted from February to May 2019. This study was done among patients visiting the hospitals for orthopedic care. The study participants were those that were clinically suspected for orthopedic infection and able to provide written informed consent/assent. During the data collection time, a total of 327 patients visited the hospitals for orthopedic care. Considering single population proportion method (95% CI with 1.96, P (0.45) from India, d (5%)) and correction formula for less than 100,000 populations, a total of 138 orthopedic clinically suspected patients were included for this study [19]. The study participants were proportionally allocated to each hospital. Then, patients were recruited consecutively during the study period.

During the data collection, experienced clinicians were involved during the clinical diagnosis of orthopedic infections. Clinically suspected orthopedic patients were interviewed using a structured questionnaire to collect socio-demographic data (age, sex, occupation, educational status, and residence), clinical data (case type, duration of operation in minutes, and history of antibiotic prophylaxis and sources of orthopedic infections) and behavioral data (history of visiting traditional healers from the participants). Then specimens were collected by trained health professionals.

Sterilized sample collection tubes and cotton tipped swabs were used. Swabs representative of the infected tissue (either deep surgical wound or pin site wound) were collected by a trained health professional. The skin surface was appropriately disinfected prior to specimen collection to minimize external contamination. The cotton swab was rotated on 1 cm 2 area of clean granulation tissue using gentle pressure to release tissue exudates. The swabs were put in a sterile test tube containing sterilized normal saline. Then the collected sample was transported to Sodo Christian microbiology laboratory within 30 minutes at room temperature and analyzed immediately.

Aseptic techniques: were applied in all steps of specimen collection and inoculation onto culture media. Reagents and antimicrobial discs were checked for expiry date. Sterility of culture media was carried out by incubating 5% of the prepared media prior to inoculation. Escherichia coli (ATCC 25922), Staphylococcus aureus (ATCC 25923) and Pseudomonas aeruginosa (ATCC 27853) reference strains were used to control the performance of culture media and antibiotic discs.

The data were entered into the EPI Info version 7 (CDC, USA) every day. The data were imported from EPI Info and analyzed using Statistical Package for Social Sciences (SPSS) software version 22.0 (IBM, USA). Descriptive statistics were computed and data were presented using figures and tables. Binary logistic regressions were used to see the relationship between the dependent and independent variables. P-value of <0.05 was considered as statistically significant considering 95% level of confidence.

Ethics approval and consent to participate

The study protocol was evaluated and approved by the research ethics review committee of the college of health sciences, Mekele university and ethical clearance was obtained. Support letters were obtained from the respective hospitals. Written consent was obtained after explaining the objective of the study to participants and guardians/parents, respectively. All the information contained in the study was kept confidential. Laboratory examination results with a direct benefit in the health of the patients were informed to physicians. The consent involves the permission to disseminate the findings of the study through the scientific workshop and publish in reputable journals.

Table 1: Sociodemographic characteristics of orthopedic infection suspected patients (n=138) at selected Hospitals in Wolaita Sodo from February to May 2019.

*Confidence interval, ** the category for surgery time was adopted from: Prolonged operative duration is associated with complications: a systematic review and meta-analysis(64), but since we did not find study participants in each category we regrouped it considering the minimum surgery time (120 minutes) as cut-off point; ***do not fit for analysis.

Table 2: Associated risk factors with orthopedic infection suspected patients (n=138) at selected hospitals in Wolaita Sodo from February to May 2019.

Binary logistic regression was performed on all associated factors and none of the independent variables were significantly associated with orthopedic infections in the present study (Table 2).

Table 3: Bacterial profile and antimicrobial resistance pattern of gram positive isolates (n=48) at selected hospitals in Wolaita Sodo from February to May 2019.

Table 4: Bacterial profile and antimicrobial resistance pattern of gram negative isolates (n=44) at selected hospitals in Wolaita Sodo from February to May 2019.

Orthopedic infection is defined as an infection of bones and joints leading to impaired mobility, complication to surgical procedures, increased morbidity, irreversible joint stiffness, permanent disability and even amputation [22]. Therefore knowing the most common bacterial isolates of infection, determining their antimicrobial resistance pattern and associated factors will help to provide an effective empiric antibiotic selection for patients until a final culture can be obtained and minimize on-going infection and boney destruction.

Addressing the bacterial profile of orthopedic infections, the frequent bacterial isolates among orthopedic infections in this study were S. aureus 31.5% and CoNS 20.7%. This is similar to a study in India with a prevalence of 25% and 20% [34] respectively. However, a higher prevalence of S. aureus, 40%, 43.75%, isolates were reported by Lakshminarayana, et al. and Valya B [5]. This may be due to these bacteria arising from endogenous sources, the environment, surgical instruments, and healthcare workers. CoNS was the second most frequent bacterial isolate, accounting for 20.7% of infections. This rate is similar to the findings in Aikaterini Masgala study of 20% [34] but higher than Das, et al. which was 5.4%. This discordance may be due to the small number of isolates in their study. The next most frequent isolates were Klebsiella spp., 17.4%, and Citrobacter, 8.7%. A study in the USA reported a similar rate of Klebsiella spp. Infections at 17% while Lakshminarayana, et al. reported a slightly lower prevalence at 10.1% this is maybe due to a low number of isolates.

Furthermore, S. aureus infection rates were similar in this study and other both in SSI and after implant placement. A 40% and 48.7% prevalence was found in a study conducted in India from SSI [37]. In implants, a rate of 36.7% was found in Khosravi AD, et al. [36]. This was very consistent with the rate of 35.2% in this study. This demonstrates that staphylococci are the predominant bacterial isolate in orthopedic device-related and SSI infections. In the previous Ethiopian study, the prevalence of S. aureus in trauma patients was 14.8%, while in the present study, it was 27.3%. This difference may be due to the relatively high number of infected trauma patients in the present study.

Regarding antimicrobial susceptibility testing, the resistance level of S. aureus in this study for Penicillin was 79.3%, which is similar to a study in Egypt that had rates of 86.7% [38]. In addition to this, in Egyptian study, CoNS showed 66.7% and 100% resistance to penicillin, which was similar to the present study that showed CoNS resistance rates of 84.2% for Penicillin. In this study, K. pneumonia shows 100% resistance to ampicillin and Gentamycin, and in the Egyptian study, there was also a 100% resistance to Ampicillin but only 62.7% resistance to Gentamycin. A significant association between orthopedic infection and independent variables was not found. However, other similar studies found associated risk factors for older age, surgery length, trauma and antibiotic prophylaxis.

The limitations of this study are, due to the small sample size, we were not able to perform logistic regressions for some independent variables. Future studies could expand on the sample size to expand the analysis of their association with orthopedic infections.

In this study, 85 (61.6%) of the suspects were having an orthopedic infection and none of the independent variables were significantly associated with orthopedic infection. The most frequent bacterial isolates were S. aureus, CoNS, and K. pneumonia. S. aureus and CoNS were sensitive to Clindamycin and Erythromycin and but high resistance Tetracycline, and penicillin whereas the majority of gram-negatives show resistance to tested antibiotics. Further studies in different sources of orthopedic infection are required.

The authors have no competing interests to declare.

We would like to thank the Ethiopian Public Health Institute for providing reference strains and some laboratory reagents. Our great appreciation also goes to healthcare workers of the study sites and to all study participants.