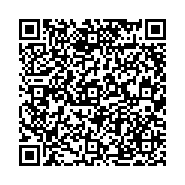 Case based discussion: A rare case of empty sella syndrome in an adult female

Empty sella syndrome (ESS) is pathophysiologically characterized by either anatomic abnormalities in the diaphragma sellae (primary ESS), damage to the pituitary by irradiation/surgery, or autoimmunity leading to the availability of “empty” space in the sella (secondary ESS). The most prevalent hormone deficiency is growth hormone (GH), affecting 35% to 61% of adult patients with ESS. The most common symptom is headache which is deep, dull, and central. Sometimes headache is very severe, with giddiness and vomiting. In primary ESS, the sella tends to be symmetrically ballooned without evidence of bony lesions. The suprasellar subarachnoid space herniates through an incomplete sellar diaphragm. Cisternography, high resolution CT scanning, or MRI is used for diagnosis. The signs and symptoms depend upon the size, secretion, and pressure over the pituitary gland. The prevalence of primary empty sella, is not known: range from 2% to 20%. Certain clinical conditions like hormonal disturbances, psychiatric disorders, raised ICT and SNHL have been found to be more often associated with ES as compared to general population. Improvements in neuroradiological imaging techniques have resulted in an increase in the incidental finding of “empty sella.” According to current data from India, an empty sella turcica without any detectable cause is an incidental finding in approximately 2% of all cerebral MRI scans, in asymptomatic patients. It may remain asymptomatic or may simulate an intrasellar growth thereby causing diagnostic and therapeutic problems. An air encephalogram (AEG) is required for diagnosis. The index case diagnosed to have Empty sella syndrome of unclear aetiology and was later on determined on radiographic imaging (MRI) and treated successfully. This syndrome is relatively new and not much reported on a routine basis hence radiographic imaging helps in its diagnosis and management.

Herein we discuss a case of empty sella syndrome of unclear etiology and were determined later on hospital admission supported by the radiographic imaging. This syndrome is relatively new and not much reported on a routine basis, hence radiographical imaging helps in its management.

48 year old female patient presented to our hospital with complaints of fever, severe generalised weakness, and decreased oral intake for the past 3 days. She was admitted to our hospital in the view of COVID-19 with an RT-PCR test done from a nasopharyngeal swab. While awaiting the results for COVID-19, she was cared for in the COVID ward where she had routine tests done including Gene pert MTB, CSF analysis. She first had a hypoglycaemic episode a day after her admission [when checking her blood sugar level was low was given 5% dextrose and BSL returned to normal. And the next day again the same happened. Upon further enquiry she was diagnosed with viral myocarditis in 2018. She had initial symptoms of water retention, shortness of breath, weakness for 2 months. 2D-Echo initially had an ejection fraction of 20%. She had a unique presentation of low sodium of 135mmol/L for which she was not treated given water. She was treated for viral myocarditis and was discharged later on with maintenance drugs her LVEF improved [35%]. Since her discharge, a continuous low sodium level of 128mEq/L was noted on routine labs. She was advised to take a high salt diet which showed no correction in her subsequent sodium levels. She was advised to take salt capsules later on and was told to undergo tests checking her serum cortisol level in 2019, which was <0.4 ug/dL, Hydrocortisone started. Presently upon her positive RT-PCR status, she was managed in COVID wards for 10 days. Her CT chest showed CORADS 4 CTSS 5/25. On the 11th day, she was shifted to the ICU because of acute delusions and dehydration. Her serum cortisol was low so serum ACTH was done which was <1.5 pg/mL). MRI brain done suggestive of mild generalised cerebral atrophy with empty sella. MRI angiography revealed mild narrowing of distal petrous and cavernous segment of bilateral ICA and a 4 x 5 mm in size focal out pouching suggestive of aneurysm seen in the supraclinoid segment of right ICA. Serum TSH T3 T4, IGF-1, PTH, Prolactin was ordered subsequently with serum microsomal TPO antibody and serum thyroglobulin antibody and full antibody panel of autoimmune disorders. All other antibodies were within normal limits. The patient eventually improved upon starting her on steroids and was ultimately shifted to the medicine wards. She was counselled on her medical condition and medication for the same.

The pituitary gland is located in the sella turcica and is attached to the base of brain by the pituitary stalk which passes through the diaphragm sellae a thick layer of the dural membrane. Sometimes diaphragm sellae is incomplete and the subarachnoid space extends into the pituitary gland which forms a thin layer at the sellar base. Bush called it empty sella [3]. When the pituitary gland shrinks or become flattened it cannot be seen on MRI Scan making look like empty sella this is called as empty sella syndrome. It is of two types (1): Primary occurs when a hole in diaphragmatic sella covering the pituitary allows fluids in which presses on the pituitary. (2): Secondary sella syndrome occurs when the pituitary gland is damaged by tumor, surgery or radiation therapy. It has long been believed that the base of brain and pituitary stalk are lined with pia mater while the intrasellar portion of the pituitary gland is lined only with dura mater [4]. However, claimed that the pituitary is invested by all three meningeal layers [5]. It is concluded from the studies that a layer of pia mater surrounded the epithelial lobe and continued into the region of separation between the pars intermedia and the neural lobe. A 160 mm-long human fetus and found that the subarachnoid space ended in the form of a collar around the infundibulum. It is also noted the opening in the diaphragma sellae to be variable in size, in some cases forming merely a peripheral rim of dura leaving a large hiatus in the centre [3-15]. Such an aperture would obviously allow the subarachnoid space to herniate into the pituitary fossa and to form a loose sac within its confines thereby coming in contact with some portion of the pituitary. It is suggested that when the diaphragmatic opening exceeds 5 mm in diameter there is a risk of development of such a space. They found that the pituitary was at least 2 mm shorter than its expected length in 23% of normal post-mortems and in some it was less than half the depth of sella. In such cases they found the ballooned-up subarachnoid space occupying the remainder of the sella. Other workers (Robertson, 1957; Engels, 1958; Notter, 1959; Di Chiro, 1961; Di Chiro and Nelson, 1962; Du Boulay, 1965) have also confirmed the existence of an intra-sellar subarachnoid space. Busch (1951) has classified ESS in three subgroups depending on the appearance of the diaphragm and size of the aperture. (i) Type I-A. When the diaphragma sellae forms a complete covering and only allows passage of the pituitary stalk. In Type 1-B, where there is a slight funnel-shaped depression in the completely formed diaphragma sellae. (ii) Type 2-A. Here the diaphragma sellae is incompletely closed with an opening 3 mm or less in diameter around the pituitary stalk. In Type 2-B, there is a funnel-shaped indentation towards the middle. (iii) Type-3. In this variety, the diaphragma sellae forms a peripheral ring of tissue 2 mm or less with: (A) the pituitary gland freely exposed but covered with arachnoid membrane; (B) an indentation (often eccentric) of the pituitary gland; or (C) the pituitary gland flattened to the bottom. The diagnosis of ESS can only be confirmed by pneumoen- cephalography, since clinically the condition may simulate an intrasellar growth especially when the visual fields are involved. ES is considered a common finding in imaging studies of the brain with a widely varying reported prevalence of 8–38%. ES is considered primary, when there is no history of any intervention (surgical/pharmacological or others) in the sellar region. Although the exact pathogenesis of primary ES is not known, it is postulated that a congenital defect/weakness in the diaphragm sellae coupled with CSF pulsation plays a major role. ES was found to be nearly four times more common in females. Certain clinical conditions like hormonal disturbances, psychiatric disorders, raised ICT and SNHL have been found to be more often associated with ES as compared to general population. Index case is diagnose have empty sella syndrome treated successfully and discharged.

ES need not always be an incidental finding on imaging. Certain clinical conditions like hormonal disturbances, psychiatric disorders, raised ICT and SNHL have been found to be more often associated with ES as compared to general population. We did not find any significant correlation of ES with headache and visual disturbances as opposed to many previous studies.

No funding received from any organization.