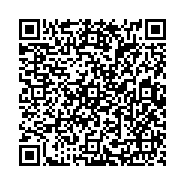 HIV and SARS-CoV-2 Why did the Vaccines Worked in One and Not the Other.

Letter to the Editor

Despite enormous advances in the treatment and prevention of HIV/AIDS in recent decades, an effective vaccine remains elusive, the vast majority of effective vaccines that have been developed use antibodies to neutralize viral infections, but has found that these do not work with HIV because the virus reproduces and mutates too quickly for the antibodies to be effective.

HIV and SARS-CoV-2, although they are viruses, their biology is very different. Mainly, HIV is a virus whose genome can be integrated into its own genome, which facilitates the evasion of the immune system, on the contrary, SARS-CoV-2 is not, and its RNA reaches the ribosome directly and is translated [1]. Their ways of evading the immune system are different. On the one hand, HIV recruits an enzyme called FTSJ3, capable of modifying some of the nucleic acids that make up cellular RNA by adding a methyl group. This modification allows the detectors to recognize the cellular RNA as their own and prevent its destruction by the immune system, and on the other hand, SARS-CoV-2 can evade barriers and access target cells, which recognize molecular patterns associated with the virus, receptors that recognize patterns. In this way, they activate the signalling cascade of the JAK, NF-κB and IRF3 kinases, which induce the expression mechanisms of Interferon’s (IFN) and other pro-inflammatory cytokines. The way of infecting is also totally different, HIV for its part uses a protein known as gp120, this protein binds to the CXCR5 receptor, a receptor for chemokine’s (essential molecules for cell trafficking), this receptor is expressed in cells such as TCD4+ lymphocytes, when infected destroys them and immunodeficiency begins. For SARSCoV- 2, the protein responsible for infecting target cells is called S1 or Spike; it binds to receptors such as ACE2, which is present on many cells [2].

Also, in the case of HIV, the way its gp-120 protein binds and coats itself with certain carbohydrates makes it difficult for the immune system to recognize it effectively. For SARS-CoV-2, although it has carbohydrates, the vaccine-induced antibodies retain the ability to recognize and block it. But we must not forget that when HIV integrates into its own genome, added to the ability to modulate the way gp120 folds or attaches, it hinders the role of antibodies [3].

In conclusion, we can say that it is not that HIV vaccines have not been tested, it is that, although they have been tested, the effectiveness has been very low, since in fact five phases 3 vaccine efficacy trials have been carried out so far large-scale campaign against HIV, each costing more than US $100 million. The first three failed quite convincingly; no protection against acquisition of HIV infection, no decrease in viral loads in those who did become infected. In the third of these trials, the STEP trial, there was a statistically significant higher frequency of infection in people who had been vaccinated [4].

The fourth trial, the controversial Thai RV144 trial, initially reported a marginal degree of successful protection against acquisition of HIV infection among vaccinated individuals. However, further statistical analysis reported that there was less than a 78% chance that the takeover protection was real [5].

A fifth vaccine trial, the HVTN 702 trial, was ordered to confirm and extend the results of the RV144 trial. The HVTN 702 trial was stopped early due to its futility. No takeover protection. Without viral load reduction, therefore, further research is needed to create effective vaccines against this virus that has claimed millions of lives worldwide [6].

Citation: Citation Julio NO, Oliveros Riveros MC, Rios Rodriguez JC, Valencia Castano AM, Santos Sierra JM, et al. (2022) HIV and SARS-CoV-2: Why did the Vaccines Worked in One and Not the Other? Health Sci J: Vol.16 No.S6:002.