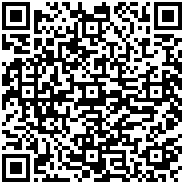 Iatrogenic Alogenosis Due to the Use of Biopolymers

At present, with the rise of new technologies aimed at the aesthetics of patients, it has led to the creation and administration of various filler substances in different anatomical places, in this work emphasis will be placed on injectable substances, also known by the name of biopolymers, which are macromolecules of different origins, derived from oil, plant origin and synthetic origin. The adverse effects after its administration are sometimes catastrophic and there is still not enough experience to carry out the adequate and definitive treatment, not to mention that, in the worst cases, they have fatal outcomes such as death, emphasis will be placed on mainly in complications of its use, such as iatrogenic allogeneic and its effects on health.

Biopolymers are currently widely used bio implants in the area of aesthetic and plastic surgery. The importance of this literature review lies in the fact that these substances are considered a public health problem, due to their inadequate use in the field of modern medicine., is causing irreversible injuries to patients, putting their physical integrity at risk [1].

It is known that one of the main drawbacks occurs when these substances are administered by people without expertise in the field of medicine, in establishments without any type of sanitary control, in the so-called "garage operating rooms" as a consequence this increases its many side effects. Added to this is the growing number of these products that do not meet the standards Minimum sanitary conditions to be used without risks in the human body [2].

Thus, the application of biopolymers and their adverse effects are considered a pathology called Iatrogenic Allogeneic, named in 2008 by Dr. Felipe Coffman, considered one of the pioneers in describing this pathology for the first time in Latin America, a plastic surgeon of Ukrainian nationality, but that all his life was eradicated in Colombia, thus being one of the main countries in the treatment and management of this pathology [3]. That at that time it was considered a disease with a prevalence that affects more than a million victims a year, that is, more than AIDS or tuberculosis, it deserves to be baptized and controlled. I am referring to the disasters produced by certain injectable fillers [4].

It was decided to name it this way because the disease comes from the terms "allogeneic" because it is produced by allergenic substances, that is, foreign to the body and "iatrogenic" because it is produced by the application of health personnel. In the last decade, it was considered that 358 cases of iatrogenic allogenosis occur per 1000 patients using bio implants, of which 97% are women [5].

The study design is adapted to a systematic review of the evidence present in the scientific literature on iatrogenic allogenesis due to the use of biopolymers,

The literature search took place between 2000-2021, delving into various bibliographic databases in order to obtain information and review previous studies on the exposed topic. The keywords and Boolean operators used were "allogenesis", "iatrogenic", "biopolymers", "complications", described through DeCS (Descriptors in Health Sciences). In order to obtain a greater update on the subject, the articles published in the last 20 years were set as a temporary filter for the search

Historically, bio implants have been used in Japan for many years. In the early 1940s, liquid silicone began to be used since a percentage of it could be absorbed into the body. Six years later, this substance was mixed with 1% fatty acids of animal and vegetable origin, in order to produce an irritation reaction in the surrounding tissues when injected, and later this irritation would produce a fibrous encapsulation that allowed to be fixed on the applied site. Years later, in 1949, a variety of silicone came into use in the form of a double bond gel. Thousands of breasts were injected with this gel, which was called "Akiyama's natural fat", after the Japanese surgeon who discovered it, or "surgery without a scalpel" [6].

As time passed 20 years after the Japanese advances in the field of plastic surgery, in the USA, Cronin and Gerow, from Baylor University, implanted silicone bags in a patient's breasts for the first time. These bags fulfilled the function that the material did not move. From 1940 to the present day, the use of bio implants has been widely used; more than 20 million people in the world wear silicone in various regions of the body [7].

Biopolymers most used in practice

Within the main biopolymers we will find the following: we find collagen, which can be extracted from the same patient, harvested, or it can also be of bovine origin. Continuing, we have synthetic hydroxyapatite, which is a biocompatible alloplastic material whose composition has found many similarities to hydroxyapatite found in human bone and is used as its replacement [8].

Polytetrafluoroethylene is also used, it is a polymer similar to polyethylene, it is used very frequently and it is biocompatible. Thus, hyaluronic acid is preferred by most plastic surgeons due to its characteristics and biosafety. This type of biopolymer is located in animals, in the connective tissue of mammals and the extracellular space, of non-animal origin to fill sites anatomical [9] Methacrylate, also known as polyvinyl methacrylate polymethylsiloxane, in suspension with dimethylpolysiloxane, is what is commercially known as liquid silicone. Many of these substances are inert, and will be prepared in different volumes or degrees of hardness; that is, from solid to liquid. The only biopolymers currently used in the field of medicine are biodegradable ones [10].

Complications associated with the use of biopolymers

Biopolymers are dangerous mainly due to 3 factors that are well described in the literature: The first is that they produce an excessive inflammatory reaction in the body, granulomas, because the immune system identifies the biopolymer as a foreign object and a protective reaction is triggered by encapsulating it. Secondly, they can migrate from the place where they were applied, thus causing complications in other remote sites. Finally, the third is that most of the time they do not meet the minimum health control requirements, which increases the risk of complications and secondary effects due to infection. Other important consequences of biopolymers are the local reactions that occur such as; fibrosis, lesions and changes in skin texture. In some cases it can cause death from an embolism when these substances are applied directly into a blood vessel [11],12] (figure 1,2&3). Within the complications we will most frequently find protuberances, depressions and irregularities, pain, ecchymosis or hematoma, and overcorrection. The application of hyaluronic acid has an incidence of allergic reactions of approximately 1 in 3000, while collagen of animal origin has been associated with severe local or regional allergic reactions that can become chronic and have a very poor prognosis and treatment with an incidence of 1% to 3%. It should be noted that allergic reactions are to blame for long-term scarring [13] it is also described that with lactic acid and calcium hydroxyapatite, inflammatory papules may form, mainly associated with superficial injection, and accompanied by skin discoloration. Sterile abscesses and telangiectasia’s are other reactions that can appear in early stages [14].

The tissue reaction against biopolymer infiltration can occur acutely or even late, with cases of complications appearing even up to 25 years after their application being described. (Figures 1- 3).

In different South American countries, many doctors use these applicable substances under the false argument that when used correctly, there are no side effects. It is logical that in some cases there will be no immediate alterations [16] however, this does not ensure that over the years there will be none, which is why the use of biopolymers should always be contraindicated, although these statements they are debated by many authors who support the use of biopolymers, but with all asepsis measures [17].

Thus, the great number of substances used as body fillers will be very difficult to predict their behavior. The results of histopathopathology studies are very similar; all are expressed in terms of: "fibrosis and chronic inflammation of the foreign body type", "Granulomas", "Numerous clear vacuoles, of different sizes surrounded by a lymphohistiocytic infiltrate", "Foamy appearance histiocytes containing material that refringes with light polarized and causes a vacuolized appearance", "Dystrophic calcification", "It is not possible to identify the injected substance", etc. according to Dr Coiffman's studies.

However, studies about its consequences and complications, in general, of the use of biopolymers is limited, for which the subject is still considered with many gaps and given the rise of many aesthetic therapies at the international level, it is important to cover the path what remains to be done. its figures are not clear, and in addition to the fact that studies with larger statistical groups are also needed, which accurately demonstrate its complications, there is also no standard medical conduct. Because of the growing and very lucrative black market for these products without any regulation by the health authorities of many countries [18,19].

To conclude, it is known that the ideal filler substance does not exist. Even the very tissues of the person, when they are moved, tend to undergo modifications. Autogenously fat is very well reabsorbed by more than 50% in most cases, unless it is injected into muscle tissue or into columns less than 3mm in diameter. Fascia, cartilage, bone, etc., also autogenous, do not guarantee 100% long-term survival. We can only hope that the technological advance of genetic engineering will help by producing cultured or cloned autogenous tissues to be used later [20].

The problem of biopolymers has been going on for several decades, which due to its countless and varied complications constitutes a serious health problem.

world public, the lack of effective treatment has led to many problems for the physical and emotional health of patients who undergo this type of practice, in terms of figures, in the reviewed literature there are no studies that specify this data, the increase in the rate of cosmetic surgeries where these substances are used also makes it difficult to have an exact data, finally, there are a large number of plastic surgeons who use it properly and therefore support its use, however its use always It will be a topic of debate for the different groups, at least until there are more studies about these substances, or a legislative issue where their use is regulated. "Iatrogenic Allogenosis does not physically kill the patient, but it does destroy his psyche, his self-esteem and his quality of life.