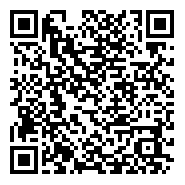 The contraction of cardiac muscle (heart muscle) in all animals is initiated by electrical impulses known as action potentials that in the heart are known as cardiac action potentials. The rate at which these impulses fire controls the rate of cardiac contraction, that is, the heart rate [1]. The cells that create these rhythmic impulses, setting the pace for blood pumping, are called pacemaker cells, and they directly control the heart rate. They make up the cardiac pacemaker, that is, the natural pacemaker of the heart [2]. In most humans, the highest concentration of pacemaker cells is in the sinoatrial (SA) node the natural and primary pacemaker, and the resultant rhythm is a sinus rhythm. Sometimes an ectopic pacemaker sets the pace, if the SA node is damaged or if the electrical conduction system of the heart has problems. Cardiac arrhythmias can cause heart block, in which the contractions lose any useful rhythm. In humans, and sometimes in other animals, a mechanical device called an artificial pacemaker (or simply "pacemaker") may be used after damage to the body's intrinsic conduction system to produce these impulses synthetically [3].

One percent of the cardiomyocytes in the myocardium possess the ability to generate electrical impulses (or action potentials) spontaneously. A specialized portion of the heart, called the sinoatrial node (SA node), is responsible for atrial propagation of this potential.

The sinoatrial node (SA node) is a group of cells positioned on the wall of the right atrium, near the entrance of the superior vena cava [4]. These cells are modified cardiomyocytes. They possess rudimentary contractile filaments, but contract relatively weakly compared to the cardiac contractile cells. The pacemaker cells are connected to neighboring contractile cells via gap junctions, which enable them to locally depolarize adjacent cells. Gap junctions allow the passage of positive cations from the depolarization of the pacemaker cell to adjacent contractile cells [5]. This starts the depolarization and eventual action potential in contractile cells. Having cardiomyocytes connected via gap junctions allow all contractile cells of the heart to act in a coordinated fashion and contract as a unit. All the while being in sync with the pacemaker cells; this is the property that allows the pacemaker cells to control contraction in all other cardiomyocytes. Cells in the SA node spontaneously depolarize, ultimately resulting in contraction, approximately 100 times per minute. This native rate is constantly modified by the activity of sympathetic and parasympathetic nerve fibers via the autonomic nervous system, so that the average resting cardiac rate in adult humans is about 70 beats per minute. Because the sinoatrial node is responsible for the rest of the heart's electrical activity, it is sometimes called the primary pacemaker.

Chest radiographs of cardiac resynchronization therapy with defibrillator (CRT-D) in an individual with dilated cardiomyopathy after mitral valve replacement (MVR). The leads are:

1. Atrial lead at the right appendage

2. Right ventricular lead at the apex

CRT requires the placement of an electrical device for biventricular pacing, along with placement of (at least) two pacing leads, to facilitate stable left ventricular and right ventricular pacing. For all elements, the first stage of the process is local anaesthetic followed by incision to allow for approach from the appropriate vein. From here, the leads and device can be inserted.

This is generally performed subsequent to RV lead placement, with the RV lead providing a backup in case of accidental damage to the electric fibers of the heart, causing an asystolic event. As with the RV lead, a guide wire is first inserted, allowing for the insertion of a multi-delivery catheter. The catheter is subsequently maneuvered to the opening of the coronary sinus in the right atrium. From here a contrast media is injected, allowing the surgical team to obtain a coronary sinus phleobogram to direct the placement of the lead into the most suitable coronary vein [6].

Once the phlebogram has been obtained, the multi-delivery catheter is used to guide in the lead, from the chosen vein of entry, into the right atrium, through the coronary sinus and into the relevant cardiac vein. Left ventricular lead placement is the most complicated and potentially hazardous element of the operation, due to the significant variability of coronary venous structure. Alterations in heart structure, fatty deposits, valves and natural variations all cause additional complications in the process of cannulation.

An artificial cardiac pacemaker (or artificial pacemaker, so as not to be confused with the natural cardiac pacemaker) or just pacemaker is a medical device that generates electrical impulses delivered by electrodes to the chambers of the heart either the upper atria, or lower ventricles to cause the targeted chambers to contract and pump blood [7]. By doing so, the pacemaker regulates the function of the electrical conduction system of the heart. The primary purpose of a pacemaker is to maintain an adequate heart rate, either because the heart's natural pacemaker is not fast enough, or because there is a block in the heart's electrical conduction system. Modern pacemakers are externally programmable and allow a cardiologist, particularly a cardiac electrophysiologist, to select the optimal pacing modes for individual patients. Most pacemakers are on demand, in which the stimulation of the heart is based on the dynamic demand of the circulatory system. Others send out a fixed rate of impulses [8].

A specific type of pacemaker called an implantable cardioverterdefibrillator combines pacemaker and defibrillator functions in a single implantable device. Others, called biventricular pacemakers, have multiple electrodes stimulating different positions within the ventricles (the lower heart chambers) to improve their synchronization.

Percussive pacing, also known as transthoracic mechanical pacing, is the use of the closed fist, usually on the left lower edge of the sternum over the right ventricle in the vena cava, striking from a distance of 20 – 30 cm to induce a ventricular beat (the British Journal of Anaesthesia suggests this must be done to raise the ventricular pressure to 10–15 mmHg to induce electrical activity) [9]. This is an old procedure used only as a life-saving means until an electrical pacemaker is brought to the patient.

Transcutaneous pacing (TCP), also called external pacing, is recommended for the initial stabilization of hemodynamically significant bradycardias of all types. The procedure is performed by placing two pacing pads on the patient's chest, either in the anterior/lateral position or the anterior/posterior position. The rescuer selects the pacing rate, and gradually increases the pacing current (measured in mA) until electrical capture (characterized by a wide QRS complex with a tall, broad T wave on the ECG) is achieved, with a corresponding pulse. Pacing artifact on the ECG and severe muscle twitching may make this determination difficult. External pacing should not be relied upon for an extended period of time. It is an emergency procedure that acts as a bridge until transvenous pacing or other therapies can be applied.

Temporary epicardial pacing is used during open heart surgery should the surgical procedure create atrio-ventricular block. The electrodes are placed in contact with the outer wall of the ventricle (epicardium) to maintain satisfactory cardiac output until a temporary transvenous electrode has been inserted.

Transvenous pacing, when used for temporary pacing, is an alternative to transcutaneous pacing. A pacemaker wire is placed into a vein, under sterile conditions, and then passed into either the right atrium or right ventricle. The pacing wire is then connected to an external pacemaker outside the body. Transvenous pacing is often used as a bridge to permanent pacemaker placement. It can be kept in place until a permanent pacemaker is implanted or until there is no longer a need for a pacemaker and then it is removed.

Many abnormal heart rhythms can be treated with a pacemaker. A pacemaker generates electric pulses that regulate heartbeats. Thanks to advances in technology, pacemakers are very light and can adapt to your body needs, moment by moment, beating faster during exercise and slowing down at rest. The procedure to insert a pacemaker is fairly simple and safe. Complications are rare, but knowing about them may help you to detect them early if they happen. After the procedure, you can go back to your regular activities after a short period of healing time.

Permanent pacemaker implantation was required in 9.7% of patients undergoing repeat cardiac surgery. This represented approximately a fourfold increase compared with similar primary operations reported in other series. Factors strongly related to this need included valve replacement, preoperative endocarditis, number of reoperations, advanced age, and degree of hypothermia during cardiopulmonary bypass. The need for a permanent pacemaker after reoperations did not result in significant long-term impairment of functional status or longevity compared with those who did not require a permanent pacemaker.