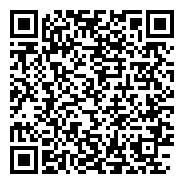 Introduction: The psychology of the father during childbirth is of a limited research field in contrast to that of the mother and only in recent years have some study efforts been made in order to understand the magnitude of the problem. Post-natal depression to the father in severe cases can have negative effects on the psychological and emotional development of the child as well as on the relationship of the couple and that of the family in general.

Aim/Methods: In this review we will attempt to survey the existing literature on paternal occurrence of melancholia in puerperium.

Results: The research on the topic of paternal melancholy proved to be incomplete, but it needs further research since the importance of a healthy relationship between the father and the child has been proven for its proper development.

The specific diagnostic criteria that characterize depression to the mother should also be used for depression to the father, taking into account the different risk factors between mothers and fathers, such as research show that there is a difference in the time of onset of symptoms as well as the speed of development between mothers and fathers [3]. That is why the specific diagnostic criterion, that is, the onset of symptoms, is not suitable for the diagnosis of paternal melancholia.

The Edinburgh postpartum depression scale has also been used in research on father depression (Edinburgh postnatal depression scale - EPDS) [4], which includes a questionnaire answered by the father himself between 6 weeks and 12 months after delivery and consists of 10 questions related to symptoms of depression and anxiety. Responses are rated according to the severity of the symptoms including worry, sadness, anger, fear, guilt, panic attacks, suicidal ideation, stress, sleep disturbances, ability to laugh and tears.

The occurrence of paternal post-partum depression in the international literature varies from 1.2% in Ireland at 6 weeks, up to 11.9% at 6-12 weeks in Brazil, while in the USA rates range from 4% at 8 weeks, to 25.5% at 4 weeks of labour. The difference in the range of percentages is also related to socio-economic and cultural differences, as well as to the educational level of the participants.

The greatest risk factor for the occurrence of paternal melancholia is the mother's own melancholia both during pregnancy and in labour (Goodman, 2008). It has been found that fathers with depressed partners have a 2.5 times higher risk of developing depression themselves at 6 weeks postpartum than fathers whose partners did not present a similar issue [5].

The arrival of a child brings changes in the couple's lifestyle, which can gradually create tensions and problems in marital relationships. Many dads complain about a lack of private moments and sexual interest on the part of the partner. The increasing financial burdens that the father is called upon to meet may also affect the extent to which his parental role will evolve [8], while sleep problems or the baby's crying at night may exacerbate the problem. The lack of knowledge regarding fatherhood, i.e., what obligations, tasks and daily tasks are expected from the father's side, can lead to increased levels of stress. The development of an emotional bond between the father and the new-born occurs more gradually than the bond between the mother and the baby. This, in combination with as a rule, partial and not exclusive engagement with the new-born, can bring symptoms of isolation on the part of the father [9].

Effects on the newborn and the family

The transition to parenthood can prove to be a stressful experience for the couple initially. Gjerdingen and Carter (2003) found that both parents report reduced enjoyment of their life together due to a lack of support during the first six months after their child's birth. The father's depression can be shown even with violent behavior against the mother (Hedin, 2000), since about ¼ of the post-natal women report violence from their partners with 69% reporting that it is the first time. Given the importance of partner psychological support as a protective factor for postpartum depression, reduced support from depressed fathers may make a mother more vulnerable to stress.

It has been shown that there is a correlation between paternal sadness and the emotional, psychological and further social development of the child [10]. For every infant, the first year is a critical period of forming basic biological and behavioral regulatory patterns through interactions with parents/caregivers (Schore, 2005). Elevated levels of an infant's stress hormone cortisol resulting from unresponsive or chaotic parenting, can interfere with normal brain development, while chronically elevated basal cortisol levels affect an infant's normal development and immune system. For example, negative interactions between a depressed parent and infant, may disrupt the development of the infant's frontal cortex, which plays an important role in cognitive and emotional regulation throughout life.

The first year is also an important time for an infant and parents to establish a secure attachment [11]. Depressed parents tend to display negative emotions, which can affect their interactions with the infant. For example, depressed mothers exhibit greater irritability, apathy, and hostility toward their infants (Wang, 2021).

It is noteworthy that the parenting styles of depressed fathers have not yet been studied in great detail (Eiden, 2002). Some findings indicate a relationship between indifferent and nonaffectionate parenting by both mothers and fathers and the development of insecure attachments to infants. An insecure attachment between a depressed mother and her child can cause the child to experience emotional and behavioural problems as well as increase the likelihood of developing psychopathology. Similarly, one might expect that a father who experienced postnatal depression might fail to build a secure attachment with his child, which in turn might have similar negative effects on his child's development. The effects of paternal sadness on an infant appear to interact with maternal mood and may indeed be longlasting [12, 13].

It has been noted that paternal sadness at nine months postpartum has also been associated with a limited willingness in reading from the child’s part, as well as with limited vocabulary growth (Feldman, 2021). In terms of long-term effects, these have been associated with high suicidal mood and attempt in sons and depression in daughters. In addition, maternal depression has been shown to be a risk factor for infant abuse and infanticide (Macdonald, 2020). In this latest study, which followed nearly 11,000 fathers and their children for 7 years, it was found that post-partum depression as measured by the Edinburg postnatal depression scale, was related to psychiatric disorders in their children 7 years later, where behavioural problems such as hyperactivity and emotional disturbances were typically observed. It is obvious that a father in an unstable mental state can expose his child to similar risks.

A lack of understanding and a lack of a support network for new fathers is common in Western societies today (Feldman, 2021), as traditionally, fathers are largely recognized only as supporters of their partners. However, given the recent increase in their involvement in child rearing, appropriate support from society focusing on more active roles of fathers, would help new fathers to reduce their stress in the early postpartum period. For example, encouraging fathers to express the stress they may be feeling and to seek help from health professionals for comprehensive assessments and psychotherapy support, can significantly improve their personal and family health [13].

Support and encouragement for a more active participation of the father, from health professionals’ part during pregnancy and of course in delivery, can help to understand and develop his new role and thus open up ways to prevent the worst (Macdonald, 2020). The mother and other family members during pregnancy and while waiting for the arrival of the new member, can accept and offer support to each other as well as from the obstetric and medical staff responsible for pregnant women’s care. Sharing the parenting role between the couple can reduce feelings of isolation and jealousy in the mother-child dyadic relationship and, by extension, the father's stress level.

Actions that can help to prevent as well as understand and treat the problem, include the provision of support from the government, by granting paternity leave after childbirth to all fathers, as well as community educational programs in order to understand father's role and its demands, through programs concerning both parents.

The study on the vital subject of paternal depression post birth should be more extensive, due to its importance in the psychological health of both the father and the family. Although significant steps have been taken in exploring the topic, there is a multitude of questions to be answered, even more so when it is understood that there is a serious link between dads’ depression and the healthy physical and mental development of the child in its later development and course of life.

Most of the studies on paternal depression have been done using self-report questionnaires. Studies of hormonal and physiological changes in the postpartum period among fathers would equally provide useful insights into the biological determinants of depression and the biological mechanisms of father-infant attachment.