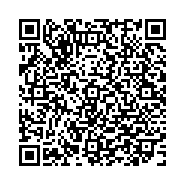 Lipomas are the most common soft tissue tumor found in adults and occur slightly more often in men than in women. Lipomas are uncommon in foot. Here we are discussing a case of 50 years old female presented with complaint of painless swelling over dorsolateral aspect of right foot for about 10 years. Fine Needle Aspiration Cytology was inconclusive. Swelling was excised under local anesthesia and histopathological examination proved it to be pleomorphic lipoma. A thorough review of literature was done emphasizing the rarity of this common tumor (lipoma) at this uncommon site (dorsum of foot).

Lipoma, also known as a ubiquitous tumor, is the most common benign soft tissue tumor of mesenchymal origin. It accounts for almost 50% of all soft-tissue tumors [1]. Lipomas mainly occur in head and neck region, back and proximal extremities where fat is abundant. Foot is an unusual site for this benign tumor. We report a case of a lipoma in a 50-yearold female over the dorsum of foot which is an uncommon location.

A 50-year-old female patient presented with a history of swelling over the dorsum of right foot of about ten years duration which was slowly increasing in size. There was no history of pain, fever or discharge from the swelling. On examination a 7 × 3 cm swelling noted on the dorsolateral aspect of right foot, with smooth surface, well defined borders and soft in consistency. FNAC was done but it was inconclusive. X-Ray was done to rule out any bony pathology, it revealed a soft tissue shadow over lateral aspect of right foot (Figure 1). Excision of the tumor was done under local anaesthesia (Figure 2). The biopsy reported the following findings- A well circumscribed tumor composed of proliferating mature adipocytes. The classical morphology of a pleomorphic lipoma was seen consisting of adipocytic cells admixed haphazardly with dispersed spindle cells and scattered pleomorphic cells (Figure 3).

Floret giant cells were present. There was no mitosis or necrosis. No lipoblasts or plexiform capillary network was appreciated. Immunohistochemistry with CD34 highlighted the spindle cells, further substantiating the diagnosis.

Lipomas are slow growing tumors that present as painless, palpable small masses and so are often overlooked by the patients until they get to appreciable sizes [2]. They are mostly subcutaneous but could be sub-fascial or intramuscular [3]. Most common tumors of foot are ganglion cysts, fibromatosis, fibrous histiocytoma and giant cell tumor of tendon sheath [4,5]. Lipomas of foot are to be differentiated from malignant soft tissue sarcoma of foot such as Kaposi sarcoma, synovial sarcoma or liposarcoma. Lipomas are mostly subcutaneous and consisting of mature fat cells encapsulated in a thin fibrous tissue. Lipomas could occur as solitary or multiple. Solitary lipomas are commoner in women in their 5th and 6th decades especially in the obese and consist of 80% of all lipomas and do not show any familial inheritance [4,5]. Multiple lipomas on the other hand are more common in adult males and occur as lipomatosis with familial predilection, and some variants are autosomal dominant. Some are also symmetrical in distribution and could be associated with Dercum’s disease (painful multiple lipomas} also known as adiposis dolorosa [6], Madelung’s disease (benign symmetric multiple lipomatas in the head and neck and proximal extremities) and Gardner ’ s disease (intestinal polyposis, osteoma) [7,8].

A thorough review of literature was done emphasizing the rarity of this common tumor (lipoma) at this uncommon site (dorsum of foot). This case is being reported in view of its rarity.