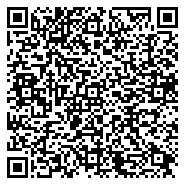 A pressure ulcer (PU) (also known as bed sore) is localized injury to the skin and/or underlying tissue usually over a bony prominence, as a result of pressure, or pressure in combination with shear. A number of contributing or confounding factors are also associated with pressure ulcers the significance of this factor is yet to be elucidated. Pressure ulcers are generally defined as restricted cell necrosis areas occurring bony prominence sun protected to pressure for sufficiently long time to cause tissue ischemia. Pressure ulcers are usually happening over bony prominences such as sacrum, shoulders, occiput, ear lobes, elbows, and trochanters depending on patients’ position

An estimated pressure ulcer incidence rate of 8.3% to 25.1% in developed countries, and 2.1% to 31.3% in developing countries is exhibited [1-3]. Despite advances in medical technology and the use of formalized prevention programs based on clinical practice guidelines, the prevalence of pressure ulcers during hospitalization continues to increase [4]. Therefore, enormous effort is required to find effective and reliable techniques for preventing the initiation of ulcers and eliminating them once they develop [5].

Patent with pressure ulcer suffer from additional problem like pain and discomfort, prolong illness, delay rehabilitation, increase patient’s hospital stay, and may lead to disability and even death [6].

There are intrinsic factors and extrinsic factors that determine the tolerance of soft tissue to the adverse effects of pressure. Intrinsic risk factors are physiologic factors or disease states that increase the risk for pressure-ulcer development (e.g., age, nutritional status, and decreased arteriolar blood pressure). Extrinsic factors are external factors that damage the skin (e.g., friction and shear, moisture, and urinary or fecal incontinence, or both) [7]. In Ethiopia, based on a study conducted in Wolaita Sodo University Teaching Hospital, among 239 hospitalized patients with the prevalence rate of 13.4% [8].

Study have suggested that pressure ulcer development can be directly affected by the number of nurses and time spent at bedside the Pressure ulcers are challenging to treat, and treatment tends to be lengthy and costly. Pressure ulcer is a common problem in the world and also it is the most common cause of negative health quality indicator of life. Many studies suggest that the assessment of the magnitude of pressure ulcer in hospital admitted patient is very important .It has also a great impact in the health institutions as well as in the individual social life and socio economic status [9, 10].

The study focused on determining the prevalence of pressure ulcer and identifying associated risk factors with ulcer development in Debre Birhan referral hospital.

Therefore, this study will be important:-

• To know the exact magnitude of pressure ulcer in Debre Birhan referral hospital.

• To give scientific information for professional team and take action in prevention measures based on the result and also for care givers.

• To have additional source for other researchers to do wider and further research exploration on this issue.

Description of the study Area

In Debre Birhan, there is one governmental Referral Hospital, one private general hospital and three health centers. The study was conducted in Debre Birhan referral hospital, Amhara region. The hospital is expected to give service for greater than 2 millions of people for the nearby zones and Woreda. This hospital has different wards. Among these wards medical, surgical, Pediatrics, gynaecological and obstetrics and ICU wards are important to this research. DBRH have 264 health workers among this Midwifery 26, Pharmacists 32, Lab technician 31, Health officer 1, Specialists 12, General physicians 19, Nurses 143 [12].

Institution based cross-sectional study design was conducted in Debre Birhan referral hospital from April 23, 2018 to May 18, 2018.

The source populations were all admitted patients in Debre Birhan referral hospital.

The study populations were those patients who have been admitted in medical, surgical, pediatrics, gynaecological and obstetric wards and ICU in Debre Birhan referral hospital during study period.

The selected individual with the K interval in those wards were our study unit.

Inclusion Criteria: All admitted patients who were staying in hospital greater than or equal to 24 hrs included.

Exclusion criteria: Patients who was admitted for the second time during data collection period, <= 5 years old and Patients who developed pressure ulcer before admission at Debre Birhan Referral hospital were excluded.

Sample size was computed based on a single proportion population formula with Margin error(d) is 5%, Confidence level (CI) is 95% and prevalence (p) of PU is 16.8% taken from previous study at Felegehiwot Referral hospital, Bahir Dar(17). A sample size (n) at a Z-value of 1.96 with 95% CI and d of 5% 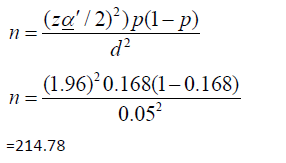 Because of the total population size of the study area are less than 10,000, the population correction formula was applied: â?? Length of stay in hospital

A brief orientation about the whole purpose of the research was given for all participants. The questionnaire was translated in to Amharic and back to English. Pretest was done on five percent of the sample in Debre sina primary hospital before the actual data collection take place. Overall activities were supervised by principal investigators. The data was check for completeness and consistency on a daily basis & the data was cleaned [14].

After the data were checked and cleaned for its completeness, it were entered to Epi data software and exported to SPSS-20 version for analysis. Descriptive, Bivariate and Multivariate data analysis method were applied in the study [15].

Almost all 89.87% (142) admitted patients at Debre Birhan referral hospital had <7 day’s length of stay in the hospitals. All participants those who included in this study had not used pressure relieving device and 6.96% [11] had not been changed their position frequently by nurses. BMI for <19 years old was calculated & classified by WHO AnthroPlus software (Table 3).

The prevalence of pressure ulcer in terms of wards was identified that medical ward ulcer Prevalence was 10.12% [16] (Figure 2). Most of respondents 59.5% (94) had slightly limited in sensory perception and from the total respondents 5.1% (8) were completely immobile. 60.1% (95) participants were probable inadequate in nutrition and 55.7% (88) of the patients had potential problem in Friction & Shear (Table 4).

Table 5. Factors of association variables with pressure ulcer of the respondents who were admitted at Debre Birhan referral hospital, North shoa, Ethiopia, 2018 (n=158).

In this study the overall prevalence of pressure ulcer was 25.3%. This result was higher than studies conducted in Debre Markos, Wolaita Sodo University Teaching Hospital, Felege Hiwot Hospital (Bahir Dar) 3.4%, 13.4% 16.8% respectivly [19-21]. Higher prevalence in this study might be due to inappropriate nursing care, inadequate feeding habit and no resource of pressure relieving devices and also different study population.

It was also found that the prevalence rate was lower than a study conducted in Germany 26.5% and Canada (Ontario) 25.7% [22, 23]. This discrepancy might be due to different environmental condition, characteristics of participants, disease condition of patients and also the variation of study period & length of stay in hospital.

This study showed that pressure ulcer was significantly associated with position change (p<0.017) this is almost similar with study conducted in Jimma medical centre [18]. In these study BMI >=19 had significantly associated with pressure ulcer (p<0.008 and 0.010) this value almost similar with study conducted in Norway [15, 26].

Majority of patents admitted in Debre Birhan Referral hospital had less than seven day stay of length and all of admitted patent have no supportive device. In this study the highly prevalent stage is stage I and in terms of anatomical location Grater trochanter is more observed area.

The prevalence of pressure ulcer was slightly high among hospitalized patients especially when compare to study contacted in Ethiopia. Patients were more liable to develop pressure ulcer when they are underweight and not change their position frequently.