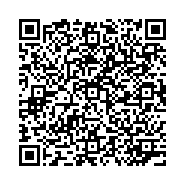 Recent Developments on Cancer Therapies and its Causes: A Revolutionary Approach

Cancer is considered in our time another epidemic and terrifies people more than anything else: just because it implies painful and destructive evils. In one word: Death in itself “is a particular form of perishing and is contrary to life”. It is a Latin word translated by the Greco-Roman philosopher Celsius about 47 A.D from the Greek word, karkinos, named by Hippocrates, who judged from the nature of ‘crabs’: their bites and their consequences. As such, it has a metaphorical meaning. Tumour, again, is translated from the Greek word, ogkos, meaning ‘swelling’ or ‘mass’ and a tumour contains billions of small cells (10⁹ cells/cm³). For the same reason I will examine hereafter, some of the orthodox approaches and a new approach which is being developed in America and introduce my own approach. The first part overviews some of the new practices used against cancer while showing their implications; the second part shows the reality of cancer (its scale) on the world population and examines the meaning of the WHO on the causes of cancer and some new approaches; and finally, the third part introduces the meaning of ‘motion’ and shows the nature of cells and food in order to help the fight against cancer