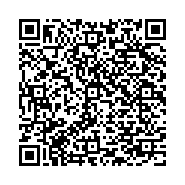 Relationship between Acral Lentiginous Melanoma and Exposure to UV Radiation

Background: Acral melanoma is a melanoma that occurs on the hands and feet, represents 2 to 3% of all new melanomas, for its diagnosis a narrow margin excisional biopsy is recommended. Ultraviolet radiation is classified as a complete carcinogen, because it is both a mutagen and a non-specific damaging agent and has both tumor initiator and tumor promoter properties.

Methodology: A narrative review was carried out through various databases from January 2009 to January 2022; the search and selection of articles was carried out in journals indexed in English. Keywords were used: Melanoma, Acral, and Ultraviolet.

Results: Acral Lentiginous Melanoma, like mucosal melanomas, is a subtype of melanoma with low mutational load and does not present mutations induced by ultraviolet radiation that are commonly observed in other cutaneous malignant melanomas. Stress or shear force is considered one of the factors for the induction of Acral Lentiginous Melanoma, since the incidence is higher in the weight-bearing areas of the foot.

Conclusions: This review offers updated and detailed information on the association between acral litigious melanoma and ultraviolet exposure, as well as other factors as its triggers.

Acral lentiginous melanoma, also sometimes simply called acral melanoma, is melanoma that occurs on the hands and feet (palms, soles, fingers, toes, and nail units). The word acral derives from the Greek word referring to the uppermost or uppermost portion of the limbs [1-5].

The term melanoma refers to a malignancy of melanocytes, the pigment-producing cells in the epidermis. Acral melanoma was first separated as a distinct subtype of cutaneous malignant melanoma in 1977.

Acral lentiginous melanoma accounts for 2 to 3% of all new melanomas. The average age of diagnosis of this disease is 62.8 years. The incidence of acral melanoma in all populations increases with age, with a sharp increase in incidence per person per year after age 80 years. It affects a similar number of men and women; however women are more commonly diagnosed at an earlier stage than men. Acral melanoma has a disproportionately higher incidence in non-white patients compared to other melanoma subtypes [6-8].

For clinically suspected melanomas, a narrow-margin excisional biopsy is recommended; however, it is recognized in the recommendations that this may not be practical in an acral site. Thus, a partial sample of the lesion is considered an acceptable alternative, although the main risk with the partial sample is that it may result in an inaccurate histological diagnosis. A sample should be taken from the most nodular portion of the lesion in order to determine an accurate Breslow depth [9-10].

Ultraviolet radiation is classified as a "complete carcinogen" because it is both a mutagen and a nonspecific damaging agent and has both tumor-initiating and tumor-promoting properties [12]. In environmental abundance, ultraviolet rays are the most important modifiable risk factor for skin cancer and many other environmentally influenced skin disorders [11, 12].

However, UV rays also benefit human health by mediating the natural synthesis of vitamin D and endorphins in the skin, thus UV rays have complex and mixed effects on human health [9, 12].

However, excessive exposure to ultraviolet rays carries serious health risks, such as atrophy, pigmentation changes, wrinkles, and malignancy. Ultraviolet rays are epidemiologically and molecularly related to the three most common types of skin cancer, basal cell carcinoma, squamous cell carcinoma, and malignant melanoma. Therefore, it is advisable to carry out this study, in order to clarify whether there is an association between exposure to ultraviolet rays and the development of acral lentiginous melanoma, since it is considered one of the poorly studied subtypes of melanoma.

A narrative review was carried out, in which PubMed, Scielo and Science Direct databases, among others, were searched. The collection and selection of articles was carried out in journals indexed in English from the years 2009 to 2022. As keywords, the following terms were used in the databases according to the DeCS and MeSH methodology: Melanoma; acral; Ultraviolet. In this review, 82 original and review publications related to the subject studied were identified, of which 29 articles met the specified inclusion requirements, such as articles that were in a range not less than the year 2009, that were articles of full text and to report on the relationship between acral lentiginous melanoma and ultraviolet radiation exposure. As exclusion criteria, it was taken into account that the articles did not have sufficient information and that they did not present the full text at the time of review.

Does Ultraviolet Radiation Trigger The Development Of Acral Lentiginous Melanoma?

In order to answer this question, it is advisable to know what its pathophysiological mechanism is, in order to identify the possible sources that could trigger this disease.

Acral lentiginous melanoma, like mucosal melanomas, is a subtype of melanoma with a low mutational load and does not present mutations induced by ultraviolet radiation that are commonly observed in other cutaneous malignant melanomas. Common genetic mutations in Acral Lentiginous Melanoma include KIT, BRAF, NRAS, and NF1.

Specifically, KIT copy number gains are seen in up to 36% of acral melanomas, which is believed to be the most common mutation in Acral Lentiginous Melanoma, which is much higher than in other Cutaneous Malignant Melanomas [13, 14].

In one study, the most commonly identified molecular aberration was chromosomal instability in the cyclin D1 gene and was seen in 45% of Acral Lentiginous Melanoma. Cytological atypical melanocytes surrounding the atypical lesion often harbour KIT copy number gains and cyclin D1 mutations, which is a concept known as “field effect” and may explain local recurrences after lesion excision. Clinic [15-17].

Acral lentiginous melanoma is characterized by a broad radial growth phase in which the melanocytic neoplasm remains in situ. In this phase, single atypical melanocytes increase predominantly at the dermal-epidermal junction in a lentiginous pattern with a propensity to affect adnexal structures.

Pagetoid spread, a common feature of benign and malignant acral melanocytic lesions, may be prominent at the peripheral borders and within the ridges, imparting the characteristic "parallel ridge" dermoscopic findings associated with acral melanocytic neoplasms.

Cytological atypical of melanocytes may be prominent in acral lentiginous melanoma and manifests as nuclear hyperchromasia, enlargement, and variable shape. Invasion typically occurs many years after the lesion begins and consists of nested or single melanocytes invading the dermis. The invasive portion of acral lentiginous melanoma lesions typically resemble superficial spreading melanoma, but may progress to a more nodular morphology over time.

Acral lentiginous melanoma is most commonly an acquired lesion and is associated with a previously existing nevus in less than 11% of cases.

It usually begins as a macule those progresses to a patch with variable light to dark brown pigment. The borders are typically angular, often following the ridges of the dermatoglyphics. As the lesion progresses and invades, it can become nodular and darkly pigmented, blue to black. Ulceration may occur as the lesion becomes more nodular. As we can see in (Figure 1). 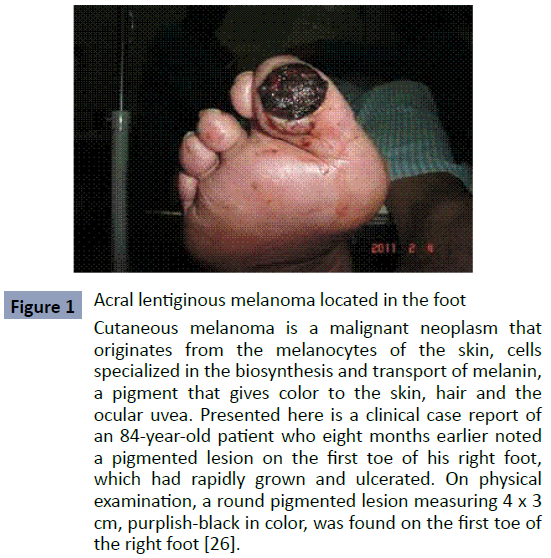 Figure 1: Acral lentiginous melanoma located in the foot Cutaneous melanoma is a malignant neoplasm that originates from the melanocytes of the skin, cells specialized in the biosynthesis and transport of melanin, a pigment that gives color to the skin, hair and the ocular uvea. Presented here is a clinical case report of an 84-year-old patient who eight months earlier noted a pigmented lesion on the first toe of his right foot, which had rapidly grown and ulcerated. On physical examination, a round pigmented lesion measuring 4 x 3 cm, purplish-black in color, was found on the first toe of the right foot [26].

Factors Associated With the Development of Acral Lentiginous Melanoma

To date, it is known that multiple studies proposed stress or shear force as a mechanism for the induction of acral lentiginous melanoma, since they were based on association, given that the incidence is greater in the weight-bearing areas of the foot, such as the heel, to the forefoot and the lateral side of the foot [18].

Arch melanoma is rarer, however, it was found to occur more frequently in obese patients. However, more recently, it was found that once corrected for surface area, acral lentiginous melanoma was inversely proportional to atypical acral nevi and benign acral nevi in weight-bearing areas of the foot.

Acral lentiginous melanoma may have a higher incidence on the plantar surfaces compared to the palm of the hand, due to a 50% higher melanocyte density on the sole of the foot.

Furthermore, some correlation has been found in the literature with penetrating injuries increasing the likelihood of acral lentiginous melanoma compared to control patients without penetrating injury.

Although subungual, cutaneous, palmar, plantar, etc., lesions tend to be misdiagnosed due to their unusual location and presentation, especially if the doctor is not familiar with this type of melanoma. Therefore, in figure 2 we can show the most frequent forms and locations of acral lentiginous melanoma (Figure 2). Genetic Mutations Associated With the Development of Acral Lentiginous Melanoma

Cyclin D1 (CCND1) and cyclin-dependent kinase 4 (CDK4), which encode a cyclin and a kinase that, when bound together, promote the transition from G1 to S phase; cyclin-dependent kinase inhibitor 2A ( CDKN2A ), which encodes two proteins: p16(INK4A) and p14(ARF), the latter of which helps stabilize TP53; telomerase (TERT), encodes an enzyme crucial for telomere maintenance and aurora kinase A (AURKA), which is involved in regulating cell cycle progression by playing a critical role in mitosis.

Another study by Phan A, et al, demonstrated that melanoma in people of color has a predilection for acral locations, especially in the plantar regions. This also appears to be true in that the most common locations for acral lentiginous melanoma were the lower extremities in all racial groups. (29) This predilection for the development of acral lentiginous melanoma in plantar locations has led many to believe that trauma may be important in the etiology of this disease, since sun exposure has not been shown to be a risk factor. For their development. [18, 29]

Strength of the current study is the implemented methodology, regarding the literature search, and steps in the selection of relevant articles, quality assessment and data extraction. However, this study has several limitations, which should be taken into account before reaching a conclusion, among these are the little evidence from the analysis of clinical trials to determine with certainty the cause of the development of acral lentiginous melanoma, or if there is a relationship between the development of this disease due to exposure to ultraviolet radiation, so more studies are needed to answer these questions.

Acral lentiginous melanoma, like mucosal melanomas, is a subtype of melanoma with a low mutational load and does not present mutations induced by ultraviolet radiation that are commonly observed in other cutaneous malignant melanomas.

To date, it is known that multiple studies have proposed stress or shear force as a mechanism for the induction of acral lentiginous melanoma, given that the incidence is higher in weight-bearing areas of the foot, such as the heel, forefoot and ball of the foot. lateral side of the foot.