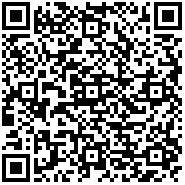 Small Bowel Metastasis from a Gastric Cancer: A Case Report

Comorbidities such as hypertension is a risky factor to impair cognitive function in elderly. Both strength and aerobics (CT, combined exercise) or aerobics (AT) has potential benefits for healthy as well as hypertensive elderly. Our goal was to evaluate the effects of CT and AT on cognition and mood. 52 hypertensive older adults were randomized to 16 weeks of CT (n=26) or group control (GC) (n=26), after this period subjects in the CONTROL began AT (AT) for 16 weeks. Delta between post and pre were calculated and normality was tested. One-way ANOVA to compared groups (CT, AT and CONTROL) follow by post-hoc of by Hechberg and Kruskal-Wallis test followed by Mann-Whitney, for CT and GC or Wilcoxon for GC and AT, depending upon parametric assumption. Improvements in aerobics fitness for both CT and AT (H (2) = 13.89 p<0.001 and p<0.001), working memory (H (2) = 10.07, p=0.02 and p=0.007), speed processing (H (2) = 10.51, p=0.004 and p=0.019), and overall executive function (F (2, 42) = 4.862, p=0.05 and p=0.01) when compared to CONTROL. Improvement in depressive symptoms to CT (H (2) = 18.08, p<0.001) compared to CONTROL only and tendencies to improve short-term memory (F (2, 47) = 3.26, p=0.06) Both CT and AT improve cognitive functions (working memory, overall executive function, speed processing), only CT were able to modified depressive symptoms and shortterm memory. Additional benefits for CT would be attached to social interaction, improvement in blood flow or IGF-I release.

Malignant small bowel tumors present less than 2% of all the digestive tract cancer and are exceptionally of secondary origin [1]. In the latter case, the most incriminated cancers are those of the breast, lung and melanoma [2]. As regards the gastric origin, it is rarely reported and most often due to an invasion by a peritoneal carcinomatosis [3].

We report a case of small bowel metastasis in a patient operated on for gastric adenocarcinoma.

A 67-year-old patient was admitted to our surgery department with a history of epigastric discomfort, nausea and anorexia. He had no significant past medical history. The physical examination was normal. Initial laboratory results were within normal limits, CA 19-9 and CEA were negative. Esophago gastroscopy revealed an ulcerative mass in the gastric fundus on the measuring 4cm of diameter. Histopathological examination concluded to a gastric adenocarcinoma. Chest and abdominopelvic computed tomography revealed no distant metastasis. Perioperative chemotherapy was indicated, and a total gastrectomy with D2 regional lymph node dissection was performed. Postoperative pathology examination confirmed the presence of a moderate-differentiated gastric adenocarcinoma measuring 4.5 cm in diameter, infiltrating the serosa of the stomach and 8 of the 41 resected lymph nodes contained metastasis. The patient was staged as pT3N2M0 and we continued the perioperative chemotherapy. Three months after the surgery, he was referred to our hospital with abdominal pain and vomiting evolving from 2 days. The physical examination revealed a temperature a 36.8°C and a distended abdomen but with no guarding or rigidity.

The results of laboratory tests revealed a WBC at 10.900/mm3, C-reactive protein at 8mg/L the rest of laboratory values were within normal. Abdominal CT-scan revealed a small bowel obstruction due to post operative adhesion. There was no carcinomatosis or liver metastasis. The patient was first treated with intravenous fluids and naso-gastric tube aspiration. Due to the non-improvement, we decided to operate the patient. Per operatively there was no carcinosis or metastasis. The stricture zone was necrotic. While inspecting the small bowel we discovered an endoluminal mass measuring one centimeter at about 8 centimeters from the necking zone with small bowel retraction (Figures 1 and 2). We proceeded to a resection of a small bowel portion taking the lesion and the necrotic zone with a termino-terminal anstomosis. Histopathological examination of the specimen showed clusters of carcinomatous proliferation ulcerating the small bowel epithelium reaching the serosa. It was histomorphologically comparable to the gastric cancer. The patient is now under chemotherapy.

Gastric adenocarcinoma is the fourth most common cancer and the second in terms of death by cancer [4]. The metastatic spread of this cancer is lethal. The most common metastatic sites are liver, peritoneum and lung [5]. Otherwise, the small bowel metastases are extremely rare [6]. In fact, small bowel is an uncommon site for metastasis. Some studies report 2.8 to 8.2% of metastatic tumors to the small bowel are revealed in autopsies, all primitives included [3]. The primary tumors mostly are breast, lung, melanoma, and rarely gastric [2].

Many mechanisms can lead to those metastases; through the hematogenous or the lymphatic route, peritoneal carcinosis invading the serosa, the mesenterium and then the intestinal wall and finally intestinal metastasis where the liberated tumor cells that are liberated into the digestive tract are implanted into the intestinal mucosa [3,6]. The third hypothesis is the most plausible one to our case.

Small bowel metastasis symptoms are generally poor, like obstructive symptoms like abdominal distension and vomiting or bleeding symptoms like melena and anemia. Some cases of perforation and palpable mass are reported [3,6]. For the asymptomatic forms they are most, or the time missed by the ordinary CT-scan and some studies recommend the use of 18F-FDG PET/CT to detect them [2].

Outcomes are generally poor. In fact, although the development of new chemotherapy drugs and the evolution of surgical procedure the median survival for a metastatic gastric cancer is of 3–4 months in most population-based studies [7,8]. That was the same conclusion for all the small bowel metastasis [3].

Small bowel metastases are exceptional and usually due to melanoma, breast, and lung cancers rarely gastric adenocarcinoma. They are most often asymptomatic or with nonspecific symptomatology. Their diagnosis has greatly benefited from the contribution of the PET/CT but the prognosis is usually poor.