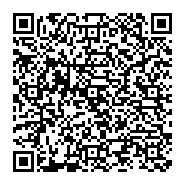 Intracerebral malignant peripheral nerve sheath tumor is an unusual and a highly malignant tumor. The prognosis of the tumor is extremely poor. Radical surgery is main treatment and radiotherapy and chemotherapy had controversial role.

Intracranial MPNST is a rare and highly malignant tumor. The incidence of this subtype is 0.001%. The prognosis of the tumor is extremely poor and can be graded to IV of WHO classification [5]. MPNST is typically treated with but, surgery for incomplete unresected tumors after surgery chemotherapy or radiation therapy should be considered [6].

A 3.5-year-old female presented to the pediatric out-patient department with complaints of headache and swelling of left side of skull, which was progressive over a period of 3-months.

On examination the patient was conscious and coherent. She had not cranial nerve palsy but, muscle force in the right- sided limb was 3/5. Right plantar showed an extensor response. There wasn’t any constitutional symptom such as fever detected in patient.

Trigeminal Nerve involvement symptoms include transient hearing loss (objective assessment), residual facial pain, and paresthesia of the left side of the face were not detected.

Her MRI of head showed a large left temporal enhancing lesion with local bone involvement but spinal MRI was normal (Figure 1). Magnetic resonance imaging (MRI) of the orbits and brain with and without contrast enhancement in the axial plane showed a large soft-tissue mass at the lateral side of the optic nerve. The tumor invaded the lateral rectus muscle and right temporal pole Patient was underwent craniotomy and total excision of the tumor (Figure 2). The tumor was highly vascularized and had eroded the sphenoid bones, sphenoid wing, dura, and temporal pole. The lesion was removed totally with microsurgical technique. Duroplasty was performed. Microscopically, malignant differentiation and infiltration into the lateral rectus muscle were observed.

Histologically, tumor had foci of extremely high cellularity, pleomorphism and mitosis with fascicular pattern, hyperchromatic nuclei, and numerous mitotic and extensive necroses (Figure 3). Immunohistochemically, the tumor cells were positive for S-100 protein. Immunostains were negative for GFAP, EMA, CD117, CD34 and Myo-D1. The immunostain for S- 100 was focal positivity. She was treated by high risk Rhabdomyosarcoma chemotherapy protocol includes: Vincristine 1.5 mg/m2, weekly for first 12 weeks and then with each cycle. Actinomycin D 0.045 mg/kg IV push Actinomycin is omitted during radiation therapy. This regimen is typically given for 12– 14 cycles lasting 8–10 months. Ifosfamide 2 g/m2 + Mesna from day 1 to 3. This regimen was prescribed for 10 cycles every 21 days. Radiotherapy was delivered for patient with conventional fractionation (2.0 Gy daily for 5 days a week).

Most MPNST arise from the nerve plexuses that distribute nerves into the peripheral area such as brachial and lumbar plexuses but our patient was a intracranial schwannoma [7]. Only 15 cases of intracranial MPNST’s are reported in the world literature until 2016 among children during our electronic search in PubMed. This tumor represents 8% of all primary brain tumors. It usually develops from the Schwann cells of a cranial nerve. Hemispheric intraparenchymal localisations are quite rare. Intracerebellar localization is even by more exceptional. In 1977, one case was reported by Komminoth. Since then only one other case has been published in 1987 by Sarkar [8].

Glioblastoma multiform and gliosarcoma, anaplastic meningioma needs to be ruled out but these tumors are rare in childhood [7].

Postoperative radiotherapy and chemotherapy may delay the onset of recurrence and is recommended for MPNSTs in NF-1 patients but in other patients role of adjuvant radiotherapy remains controversial even may be implicated in the pathogenesis of MPNSTs [9]. Adjuvant radiotherapy with stereotactic strategy provides the possibility to apply higher radiation doses even with nearby sensitive structures such as the brainstem. Karami et al. showed stabilization of this aggressive tumor with the combined use of conventional fractioned radiotherapy and stereotactic gamma knife radiosurgery [10].

MPNST’s traditionally chemotherapy includes doxorubicin and ifosfamide but it has partial response rates of 20-25% and patients with von Recklinghausen’s disease have 30% - 39% response with 5-year survival rates from 37.6% to 65.7%. Prognosis and overall survival for MPNST of the head and neck, a 5-year cause-specific mortality rate of 56% to 67% has been reported [9].

In our patient response with surgery and radiation therapy and chemotherapy was complete and our patient after 2 years end of treatment hasn’t relapse or neurologic dysfunction.

Intracranial MPNSTs are a rare entity. Compared to MPNSTs from all body sites, it arise more frequently associated with radiation exposure but, our patient hadn’t any focus of tumor on evaluations and exposure to radiation before disease.

The association between intracranial MPNSTs and NF2 is as strong as its association with NF1, if not even stronger probably NF2 was is suspected but, in our patient didn’t exist any evidence of NF1 and NF2 [11]. Ionizing radiation is an established risk factor for MPNST development, especially in susceptible patients such as those with NF1.

While patients with NF1 represent a population with genetic susceptibility to radiation-induced tumors, the pathogenesis of intracerebral MPNSTs remains poorly understood [12].

There are different chemotherapeutic regimens as a neoadjuvant are used in this subgroup.

Various chemotherapy schedules used include VACA or VAC/ CAV regimens including vincristine, doxorubicin, cyclophosphamide, and dactinomycin. Ifosfamide replaced cyclophosphamide in VAIA and IVA regimens. Carboplatin and etoposide were used in the CEVAIE schedule or as two-drug therapy.

In addition, a combination of cisplatin (CDDP) and etoposide or other regimens (without ifosfamide or cyclophosphamide) were suggested [10].

Intracranial MPNST is the most malignant subtype of MPNST with a poor prognosis.

The mainstay of treatment is radical surgical resection with adjuvant radiotherapy or chemotherapy. For these tumors close follow-up is mandatory especially in patients with NF1. MPNSTS are currently treated as other soft-tissue sarcomas, because they are too rare to perform trials with a sufficient number of patients. Overall survival with MPNSTS is poor, and the usual chemotherapy used for soft-tissue sarcomas does not improve the outcome. Recent advances in the molecular biology of MPNSTS may provide new targeted therapies [13,14].

The authors declare that they have no conflicts of interest. The authors alone are responsible for the content and writing of the paper.